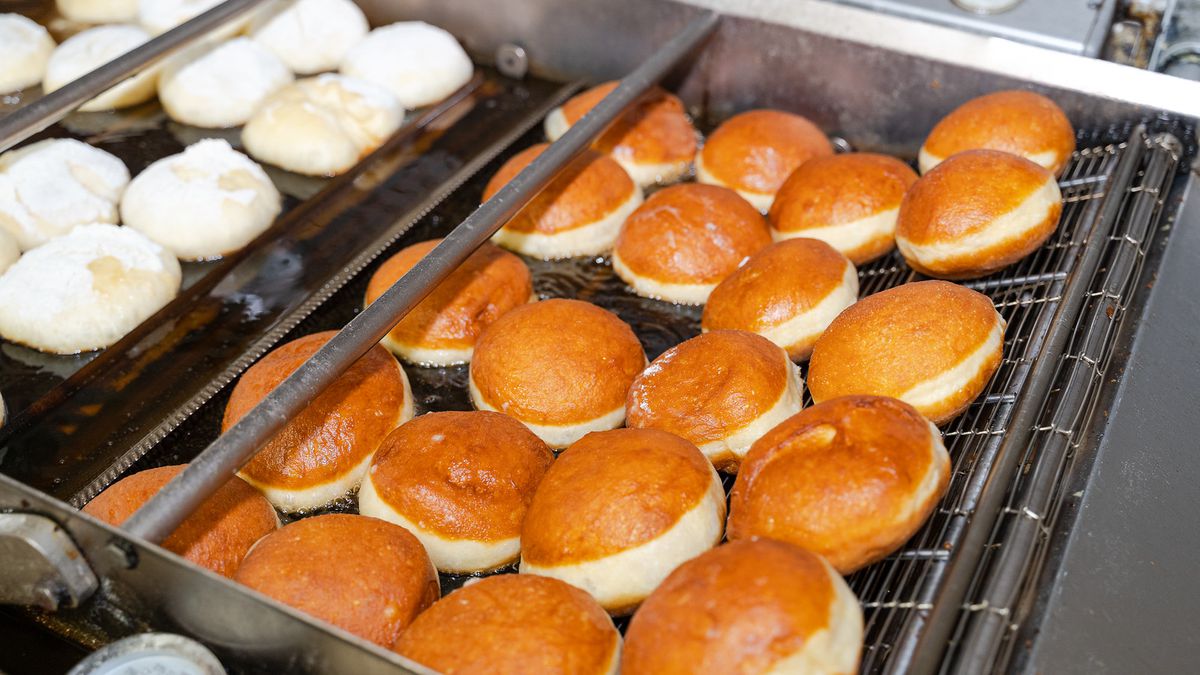 A batch of paczki goes through the fryer. Kim Kovacik

The general manager of Dinkel’s Bakery in Lakeview tells all

By the time Dinkel’s Bakery opens to the public at 6 a.m. on Paczki Day, or, as its known to the rest of the world, March 1, the production line in the back of the 100-year-old bakery in Lakeview will have been running for eight hours straight, a full working day in preparation for the hoards of Chicagoans who will be lining up for the traditional filled doughnuts. By closing time at 5 p.m., Dinkel’s will have, in the past five days, made — and if all goes well, sold — 25,000 paczki.

“It’s kind of insane,” says Luke Karl, the bakery’s general manager and the leader of the paczki operation. 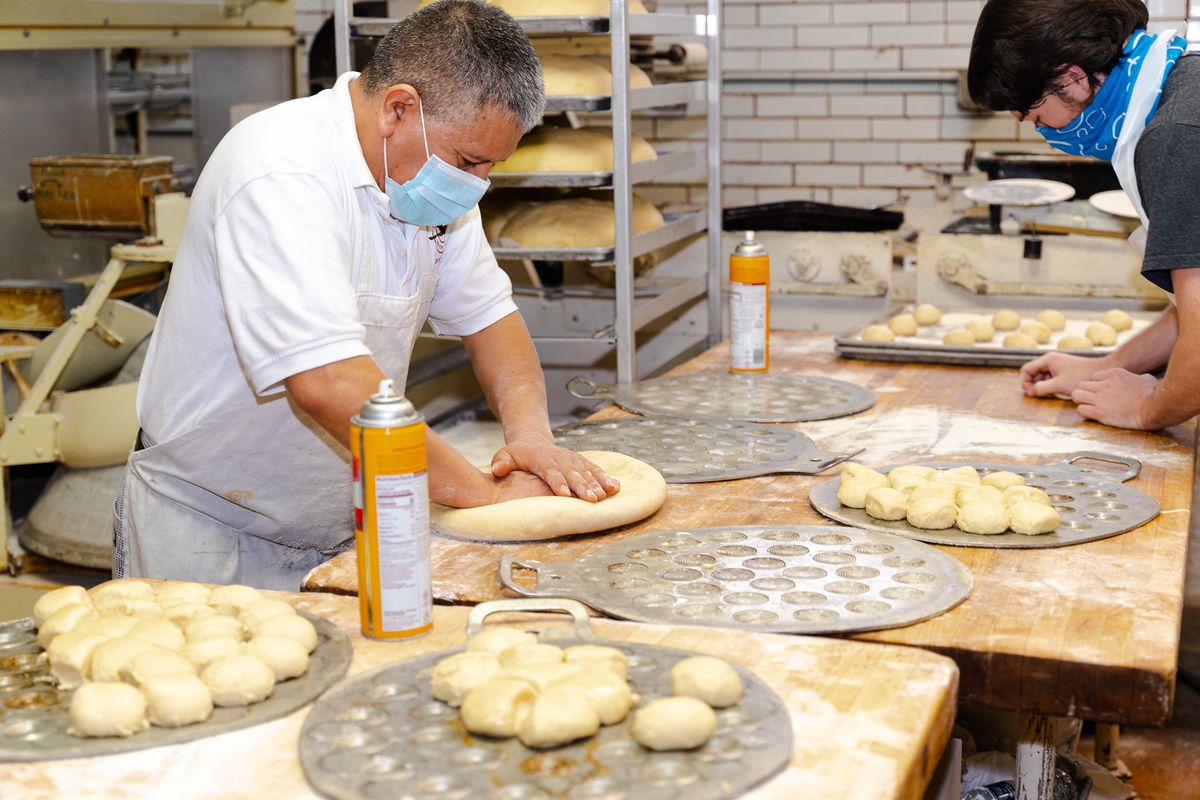 Bakers at Dinkel’s knead paczki dough and divide it into individual balls.

Last year, a combination of the ongoing pandemic and a heavy snowstorm kept customers away, and, for the first time ever, Dinkel’s opened on Ash Wednesday to fry up extra paczki for people who literally couldn’t get out of their homes. This year, Karl hopes everything will be business as usual — or, rather, business as it was pre-pandemic. Dinkel’s has endured a hard, slow winter so far, and has been suffering from the same staffing and supply chain shortages as every other food business. Preorders were also slow, but, as Karl notes, “human nature is notoriously last minute.”

The paczki-making process starts in the bakery’s basement, where two giant German mixers, each more than 100 years old, churn 800 pounds of doughnut mix apiece, enough for 1,400 paczki. Should one of the mixers break, the bakery has to order parts from the one company that still makes them, on the East Coast, and then hire a local mechanic to do the actual repairs.

Paczki in progress: mixing the dough, getting formed into balls, resting, and frying.

Once the dough is prepared, bakers break it down into two-and-a-half ounce balls and let them rest and rise before they fry. The process has to be staggered so the doughnuts don’t get over-proofed before they take a bath in hot oil. The fryer operates on a conveyer belt that carries six paczki through at a time. It takes a minute and a half to fry one doughnut and three-and-a-half hours to do an entire batch. During a single paczki season, which runs from the Thursday before Paczki Day (Fat Thursday, to Chicago’s Polish population) through Tuesday, Dinkel’s can make a maximum of 20 batches.

Most of the paczki are stuffed by a machine except for apple cinnamon, which is chunky and tends to clog; bakers stuff those by hand with a pastry bag. The application of chocolate on top is also done by hand. This year, Dinkel’s is offering nine flavors, down from 13 a few years ago.