The fish and grits at the Grey Market.

The casual Grey Market serves up fish and grits, sandwiches, and fried chicken in downtown

The Grey Market, a restaurant, market, and shop from Savannah business partners and co-founders, the lauded chef Mashama Bailey and Johno Morisano, made its Texas debut on March 11. It’s the first of two restaurants from Bailey and Morisano set for downtown’s the Thompson Austin hotel at 501 Brazos Street.

Opening a new restaurant in a new-to-them city was a challenge for the duo. First, there were delays due to the pandemic and subsequent staffing and supply chain issues. They were also starting fresh with unfamiliar systems to navigate after finding success in Georgia. Bailey and Morisano opened the Grey in 2014 in Savannah, and Eater named it the best restaurant of 2017. A year later, Bailey won a James Beard Award in the best chef: Southeast category, and she’s a finalist in the outstanding chef category in year’s awards.

“Building something from scratch in these times is like an additional layer of challenge,” says Morisano. 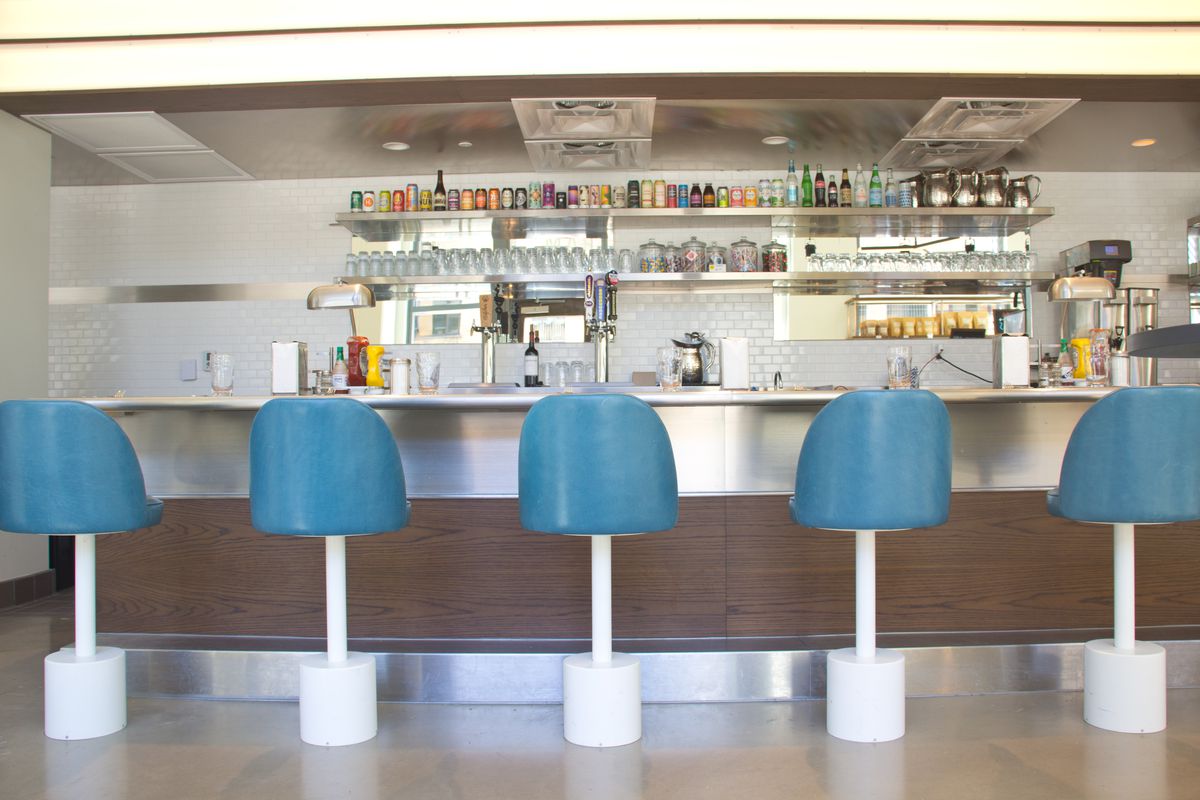 The counter at the Grey Market.

The Grey Market’s hiring process emphasizes relationships first, according to Morisano, and then whether the person can cook or bake. When they met with Kittrell and Gazaui, “we just immediately clicked on a person-level,” he says, “and then you start to figure out if you can work together from a food point of view.”

When Bailey asked Kittrell why she wanted to join the restaurant, her response was a Star Trek analogy: “We can’t all be Captain Kirk, and I’m happy to be Spock.” She adds: “They’re just the most genuine, honest, forthright people, and the product stands for itself. We think similarly about food, so it’s been pretty harmonious.”

The menu is rooted in Savannah’s historic East Coast port city status, which means Southern food with European and West African ingredients, like berbere spices, coriander, and peppers. And, because of the Austin setting, there are Texas touches.

To build the Austin menu, the team started with dishes that worked well in Savannah. “We went to take all the great heavy-hitters and use things that were tried-and-true that we knew would resonate with the Austin crowd,” Kittrell says.