“Hollywood has us convinced that it takes 100 million dollars to make a quality piece of art, and that’s a piece of crap statement. I think you just saw that, right?”

So says Jett Garner (playing himself) at the beginning of Baghead, in a cocky Q&A on his no-budget feature We Are Naked that has just screened at the Los Angeles Underground Film Festival. Shot guerrilla-style in his home town on his parents’ mini DV cam using real light and extras who did not even know they were being filmed, the film is laughably bad, with awful sound quality and a ridiculous script – a perfect parody of the worst instincts of outsider filmmaking.

Yet while its monochrome presentation contrasts with the colour shots of the small audience watching it, even the camera filming them is obviously handheld, clumsily panning and zooming to mark Baghead itself as being not entirely unlike Garner’s film-within-a-film in terms of its homemade, DIY status. Mark and Jay Duplass’ film not only opens in a cinema, but repeatedly engages in metacinema, as a poioumenon that wittily tracks its own making.

In Jett’s audience are Chad (Steve Zissis), Matt (Ross Partridge), Michelle (Greta Gerwig) and Catherine (Elise Muller) – all struggling, wannabe actors who openly laugh at how terrible We Are Naked is, but are nonetheless inspired by Garner’s can-do attitude to take off together that very night to an isolated cabin in Big Bear owned by Chad’s uncle, where they plan to spend the weekend brainstorming a future project. Their idea is to create from scratch a script for a cheapo film in which all four of them will star, to kickstart their careers. 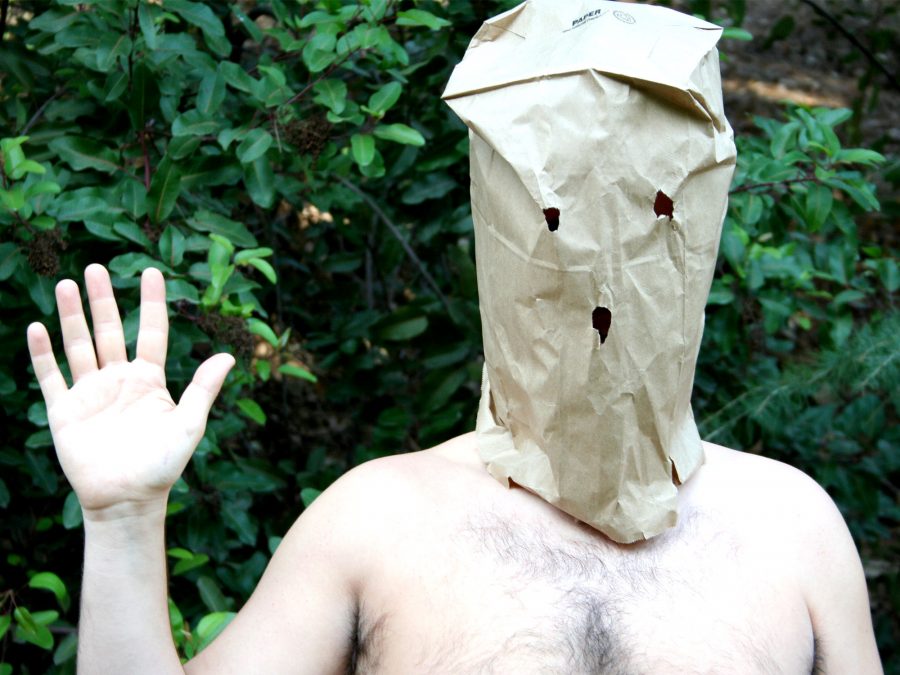 Asked what the film should be about, Chad declares, “Love, I want love to happen,” although it is clear that he is talking as much about his hoped-for relationship with Michelle as about film genres. Even after Michelle has pushed him into the friend zone with exemplary deftness (a typical class act from Gerwig), Chad continues to try to make them a couple at least in their screenplay, in the hope that somehow life will imitate art. Meanwhile, Matt and Catherine try to negotiate whether they want to rekindle the flame that they once had, and how exclusive their non-relationship is. The love that Chad wants in the film is also very much in the air.

After Michelle has a nightmare about a figure circling and stalking the cabin with a paper bag for a mask, the genre of the four friends’ screenplay – and of Baghead itself – takes a turn from romance to horror. Immediately spotting the appeal of the slasher genre for cash-poor filmmakers like themselves, Matt insists that their script accommodate a bag-headed killer – even as a similarly clad person appears in Michelle’s bedroom, and the four start wondering if their fiction might be coming to life, confounding the boundaries between their time together at the cabin and the film that they are writing.