Funky Forest: The First Contact opens with the image of a cute-looking UFO. White, with two blue portholes that look like eyes, it is perched on the barren surface of a white moon or planet, with other celestial bodies visible floating behind it in a milky background. There is then a segue to the Mole Brothers (Kenji Mizuhashi, Ryô Kase) being introduced on stage.

This variety show double act perform their energetic routines – more miss than hit – while themselves kitted out in white tuxedoes against a white background, before an all-male adult audience likewise dressed in white. There is then a cut to a man watching the show on a device. He too is kitted out in white, in the narrow white padded interior of the UFO, which lets out flapping blue pseudopodia to propel itself into the air where it joins similar flying vessels. These all resemble cellular organisms as much as interplanetary vessels, suggesting that this will be a journey to inner as much as outer space. And only then does the film’s title appear on screen, in blue on white, and in a mix of Japanese (ナイスの森) and English (‘The First Contact’).

These disparate images from the opening sequence of Funky Forest present themselves as something of a challenge to the viewer. For although unified by the dominance of white, they are otherwise, in all their individual and collective surrealism, incoherent and demanding of synthesis. Sure enough, like the Mole Brothers’ strange stage show, this film from writers/directors Shunichiro Miki, Katsuhito Ishii and Hajime Ishimine will offer a range of madcap sketches whose jokes never quite land.

It is an entertainment, but also, as a series of inconsequential episodes stretched over two and a half hours, it keeps raising the question of its own entertainment value, or indeed purpose. And as a film sometimes concerned with art and artists (including a DJ who creates a ‘lame mix’, an anime team being directed by a literal dog, a trio of otherworldly performers whose story – not unlike the film itself – will take “three hours” to tell, and an interstellar band of musicians), it is also deeply reflexive, offering a metacommentary on its own elusive and often entirely disposable forms. 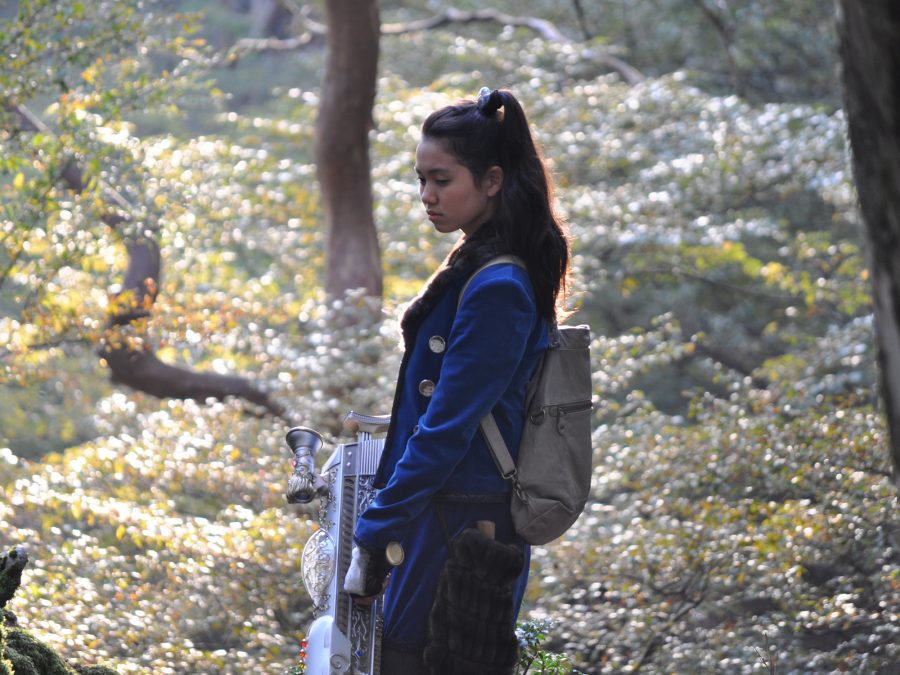 While much of what Funky Forest does might seem meandering and arbitrary, there is a range of recurring characters and scenarios to give it the semblance of continuity. ‘Guitar Brother’ Masaru (Tadanobu Asano) and his two equally Unpopular with Women Brothers (Susumu Terajima, Andrew Alfieri) are on a sort of slacker search for partners, while the three ‘Bubbling Hot Spring Vixens’ exchange stories without obvious narrative punchlines, and English teacher/amateur DJ Takefumi (Ryô Kase) and his student Notti (Erika Nishikado) tell one another their dreams. And the high school where both Masaru and Takefumi work appears to have incorporated a number of peculiar and inappropriately sexualised creatures into its extracurricular activities.