Words are an essential means of communication, yet how we put them down in writing has been continuously shaped over time by technologies, cultural and business needs, and education. Once a universal skill taught in the school classroom, handwriting fell out of favor with the introduction of technologies designed to make communication more efficient. Recent debates about the value of teaching students to write in cursive inspired us to explore the evolution of handwriting instruction in the classroom by taking a look at some objects from our education collection. 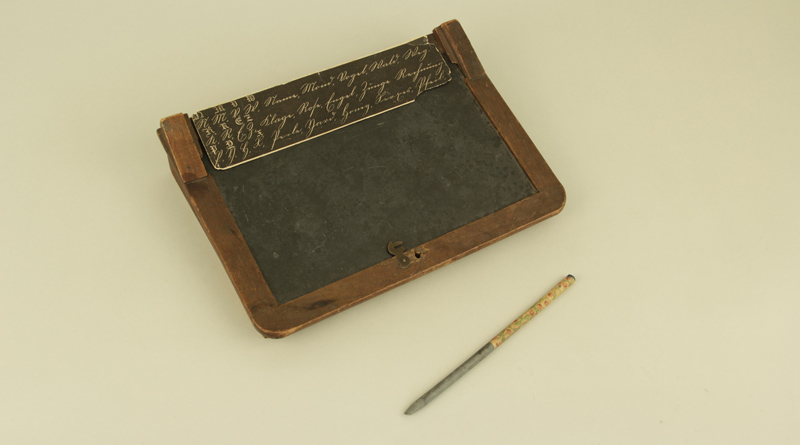 Platt Rogers Spencer developed one of the earliest systematized approaches to teaching handwriting in the 1840s. The Spencerian method of penmanship was based on fluid movements observed in nature and was widely taught in schools beginning in 1850. It allowed for personalization and embellishment, replacing the tight, stiff English Copperplate script, also known as round hand, which was popular at the time. Round hand had originated in Europe and was nicknamed Copperplate after the copybooks from which students learned to write, which were printed using etched copper plates. Designed for use with a quill pen, round hand is the style of writing used in the body of the Declaration of Independence. 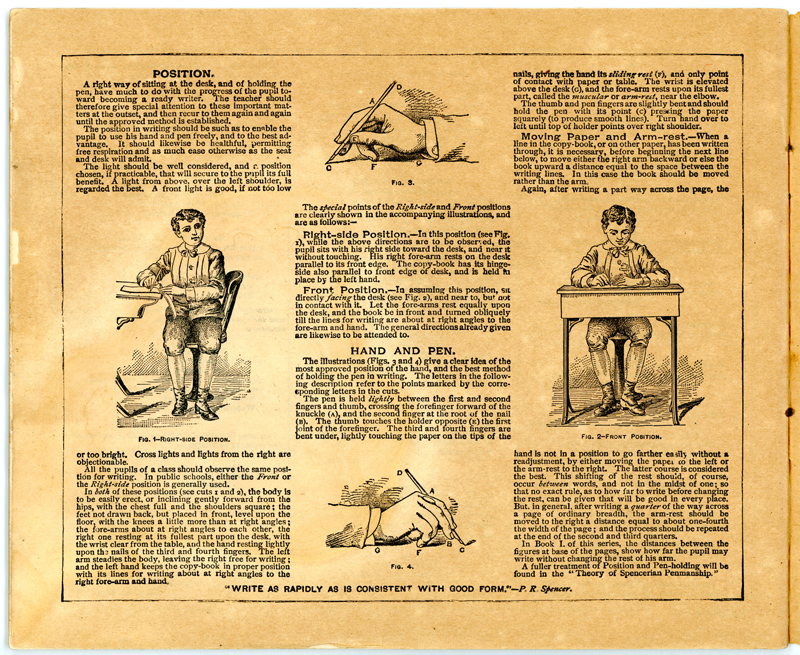 In the late 1800s, noting that businesspeople such as accountants and bookkeepers needed to document large amounts of material as efficiently as possible, Austin Norman Palmer developed a new system of penmanship. The Palmer Method streamlined the flourishes of the Spencerian Method, creating a simpler and faster system of writing. First introduced through his 1894 book Palmer’s Guide to Business Writing, the Palmer Method was originally designed for use in business colleges. As it gained popularity, it was widely adopted by public school systems.

The development of the Spencerian and Palmer methods also reflects the introduction of different types of writing implements to the classroom. Around the same time that Spencerian penmanship was introduced to schools, quills were being abandoned in favor of slate tablets and slate pencils. These slates could be erased and reused without wasting precious paper. Likewise, the Palmer Method became popular as paper was becoming more affordable, and students eventually began switching from slates to composition books used with fountain pens or graphite pencils. 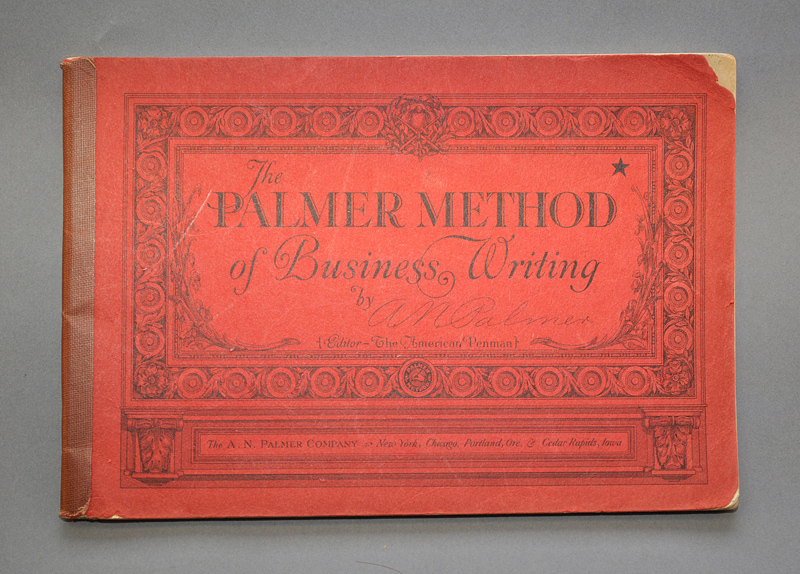 A 1927 edition of “The Palmer Method of Business Writing” offered a new approach to handwriting. Designed to eliminate the ornamental flourishes typical of the time, it allowed businesspeople to work more efficiently. The Palmer Method taught students to copy uniformly with rhythmic motion and required left handers to use their right hands.  » Read More