Since opening Vespertine in 2017, chef Jordan Kahn has wanted to “disrupt the course of the modern restaurant.” But some workers tasked with realizing his singular vision in Vespertine’s first years now wonder how far is too far to be pushed for the sake of fine dining. 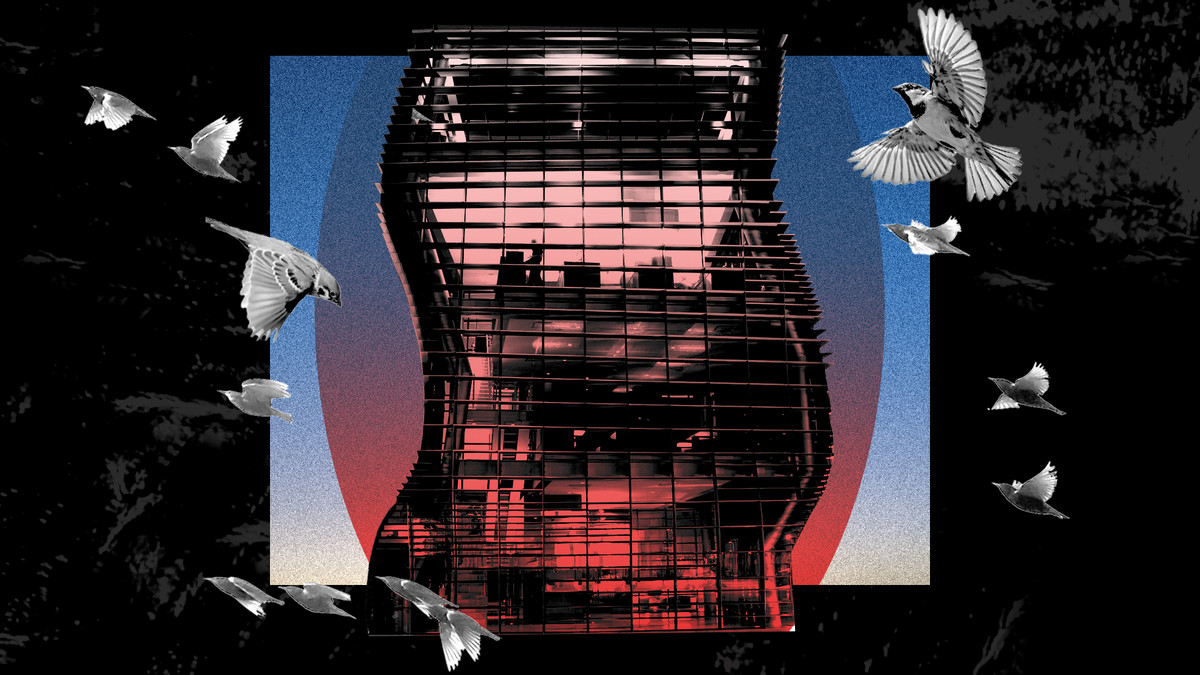 This story mentions a death by suicide.

After scrolling through dozens of hospitality classifieds promising the usual fast-paced setting, opportunities for growth, and family-like environment, one job listing stood out to Alex*, a seasoned restaurant worker who was searching for something new. “Vespertine is a gastronomical experiment seeking to disrupt the course of the modern restaurant,” the ad read. “A perceptual and cognitive experience, where deliciousness is driven by form and texture is crafted into sculpture. Blurring interrelationships between materials and ideas, environment and context, of sound and dissonance.”

Vespertine had touched down 18 months earlier, in the summer of 2017, heralded by a melodramatic trailer featuring a mysterious woman in a blue cloak moving through an alien landscape, intercut with extreme close-ups of flowers, spines, and fog. Captivated, Alex submitted an application, hoping to play a part in bringing to life this radical reinterpretation of a restaurant.

A few days later, an invitation to observe a night of service appeared. On the appointed evening, Alex pulled up to an undulating glass and metal tower in a semi-industrial neighborhood of low-slung warehouses and the architectural experiments of acclaimed Los Angeles-based architect Eric Owen Moss. The building, which Moss dubbed “Waffle,” has been described as a muse for Vespertine, with parts of the experience defined “largely based on what the building wanted.” Alex arrived just as service was getting underway, and he watched, wide-eyed, as the three-hour dinner quietly unfolded more like an avant-garde ballet than a Michelin-starred meal.

Upon entering the Waffle, diners were ushered into the elevator and whisked to the second-floor kitchen to greet Jordan Kahn, the auteur of this “space-age vision” of a restaurant. From there, they ascended a staircase that wraps around the outside of the building to an enclosed rooftop deck with panoramic views of the Southland, where they nibbled on appetizers like dehydrated kelp and sea lettuce artfully arranged on dry tree branches. Next, they were led to the mezzanine-level dining room furnished with steel banquettes and acrylic tabletops. An overhead spotlight cast a theatrical glow, while a seven-part musical score composed by Texas band This Will Destroy You hypnotized guests into reverie as servers seemed to float through the four-level structure, delivering dishes like a leaf-swaddled lobster glazed with fermented rose and sugar kelp, uttering scripted lines in hushed tones.

The $295, 18-course-or-so dinner steadily built to the crescendo of a fowl preparation, like a barbecued squab leg brushed with currant juice and dusted with rose petals, its scrawny feet still attached. Finally, mignardises and tea were served in the ground-floor garden — named Addilantis, after Moss’s daughter — for a supplemental fee ($30) before diners were sent off into the night with keepsake vials of perfume.