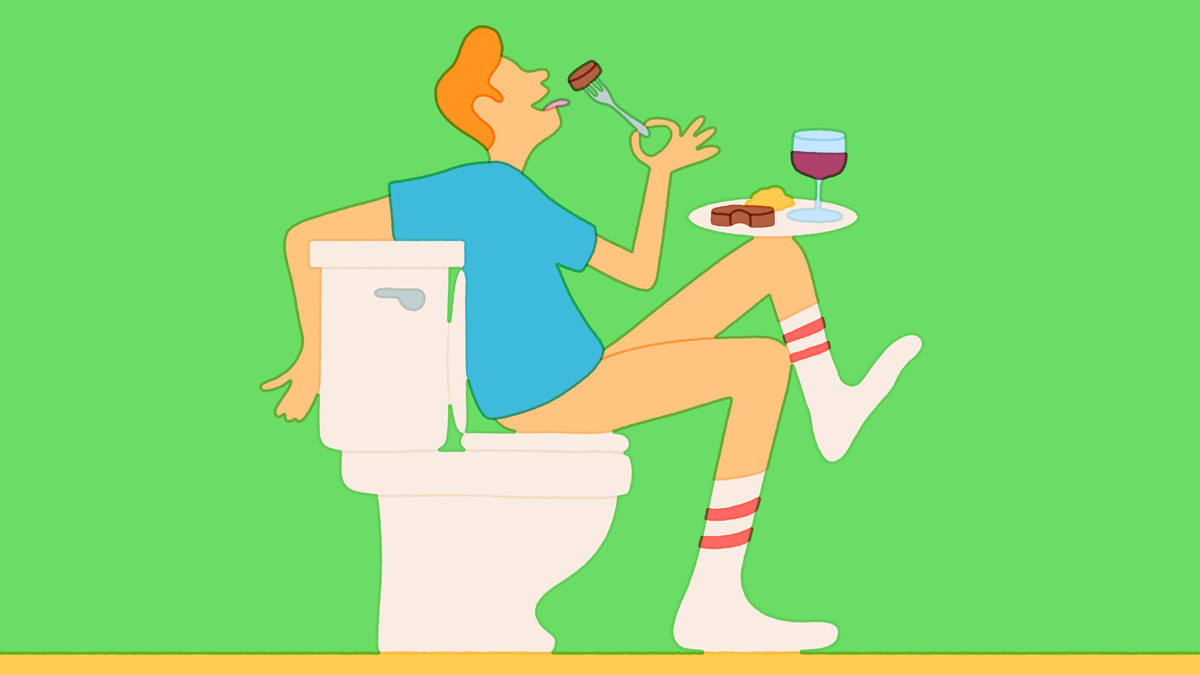 Food is sublime in part because of its transience. Funny, then, that we so rarely talk about where it goes

A few years ago, I was courting Mason Hereford, the chef of Turkey and the Wolf in New Orleans. I help chefs write cookbooks, so part of my job is finding those willing to let me. He and I chatted. My friends and I feasted. And after we’d demolished and paid for the teetering bologna sandwiches and collard melts, I made my way to the restroom, where I did not rest. Instead I partook in the newly nostalgic pleasure of a leisurely, unmasked poop.

Mason and his team might be able to handle the constant deluge of customers, but his restaurant’s plumbing couldn’t handle my business. Stricken, I fled and didn’t speak a word of it to Mason — until a pandemic later, when I sent him a draft of the introduction to his cookbook, where I’d added something he hadn’t said: “I’m happy I got to write this book with my pal JJ, who once ate so much at Turkey and the Wolf that he clogged our toilet and is only telling me this just now.”

That particular shit has been on my mind lately. Other shits have been on my floor. In other words, I have children, two daily reminders of the connection between what we ingest and what we evacuate: last night’s dinner in today’s diaper. After seven years submerged in the toilet bowl of parenthood, coauthoring cookbooks by day and wiping butts by night, it began to strike me as somehow both perfectly sensible and utterly strange that a product of ordinary bodily function remains a societal third rail, that for almost two decades I’ve written about eating and never even considered acknowledging the aftermath.

I’m certainly not alone. Food sites, sections, and magazines are as clean of poop as a bidet devotee. While we all fawn and fuss over dinner, we ignore the elephant dung in the room. Because whether it’s hand-harvested scallops with sea-buckthorn jam or a Popeyes chicken sandwich, what’s on our plate will soon be ground by the teeth, transported via peristalsis through the esophagus, macerated in stomach acid, metamorphosed by its journey through two dozen feet of intestinal tubing, and then deposited into the toilet. Food is sublime in part because of its transience, each plate of it the edible equivalent of a sand mandala, destined to disappear, once there and then gone. Funny, then, that we so rarely talk about where it goes.

On its face, our denial makes sense: Since the delights of the table animate us, anything that detracts from them is unwelcome. We eat up Best New lists to sell us on how that latest Korean hot spot sizzles, not how the maeuntang sizzled on the way out. We want to hear Paul Hollywood whinge about a disappointing showstopper,