Around 1966, Dr. Carl Bartecchi was serving as an army flight surgeon in the Mekong Delta in South Vietnam. When units in his area engaged in heavy combat with a Viet Cong force, Bartecchi found himself treating wounded men in rapid succession. In the operating room he heard a woman’s voice, “a sound that was somewhat unusual for our area,” he recalled. She told him “Don’t worry, I know what I am doing,” and went along cleaning out wounds for several hours before stepping out to donate blood for a critically wounded man. The same woman, hours later, could be found among the stretchers of wounded soldiers, cracking jokes, teasing, talking, and lifting spirits. That evening, she put on a performance for the base that brought the house down.

“I didn’t know then that she was at other locations in the Mekong Delta, in places where you usually didn’t go,” Bartecchi said. “Yet, these are the places that people like Martha were most needed, and there was nobody who could pick up your spirits like Martha Raye.” 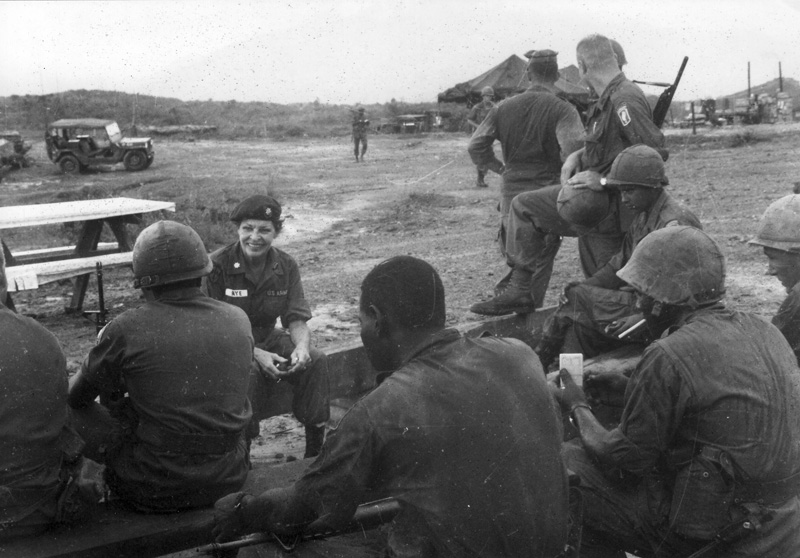 Martha Raye with members of the 173rd Airborne Brigade on Halloween 1966. Courtesy of Melodye Condos

Martha Raye, born Margy Reed in Butte, Montana, in 1916, entertained audiences on stage, television, and the silver screen for over 60 years. She began her career in vaudeville at age three and matured into a talented vocalist, dancer, and comedian. She burst onto the national scene in the 1930s on Broadway and in Hollywood. Raye’s musical skills meshed with talent for physical humor and her famous “big mouth” smile in performances alongside such greats as Steve Allen, Charlie Chaplin, Bing Crosby, W. C. Fields, Judy Garland, Bob Hope, and Rock Hudson.

When the United States entered World War II in December 1941, Raye’s life would change forever. She joined the fledgling United Service Organizations (USO), which brought together several welfare organizations to provide recreation and various morale-building services to the U.S. Armed Forces. In late October 1942, Raye partnered with fellow entertainers Kay Francis, Carole Landis, and Mitzi Mayfair for an overseas tour, which took them to England and North Africa. In between shows, Raye, having trained as a nurse’s aide in Los Angeles, helped military medical personnel in field hospitals. After her colleagues returned home, Raye carried on by herself until yellow fever and anemia forced her return to the states in March 1943. 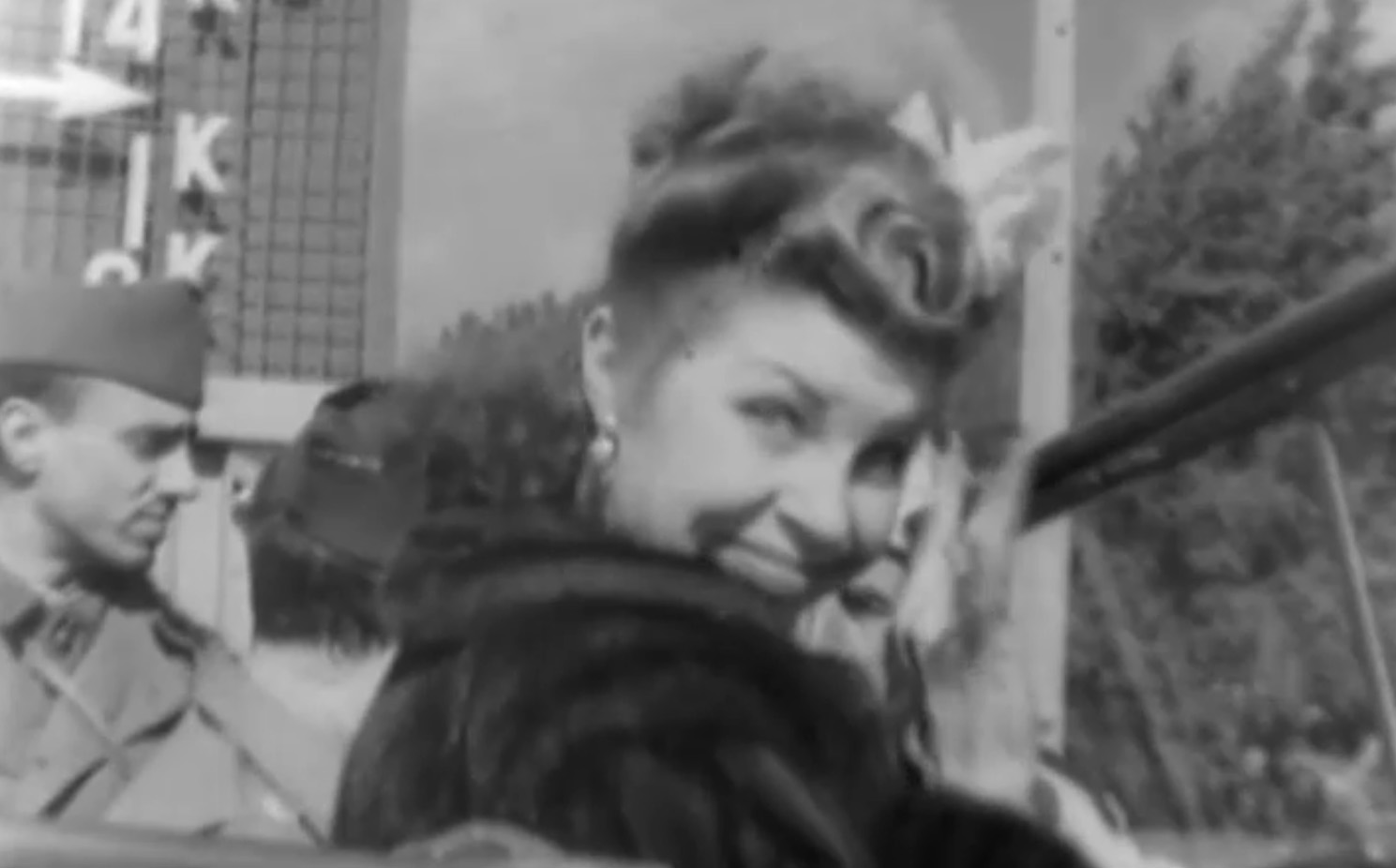 Martha Raye and other USO performers appeared in silent films created during World War II. Raye can be seen at the four-minute mark in this film preserved by the U.S. National Archives.

The experience gave Raye a lifelong calling of entertaining and serving the nation’s service personnel in the field. Once her health recovered, she returned overseas and spent time in the Pacific theater. When the Berlin Airlift began in 1948, Raye flew to Germany to put on performances for soldiers and airmen. With the outbreak of war in Korea in 1950,