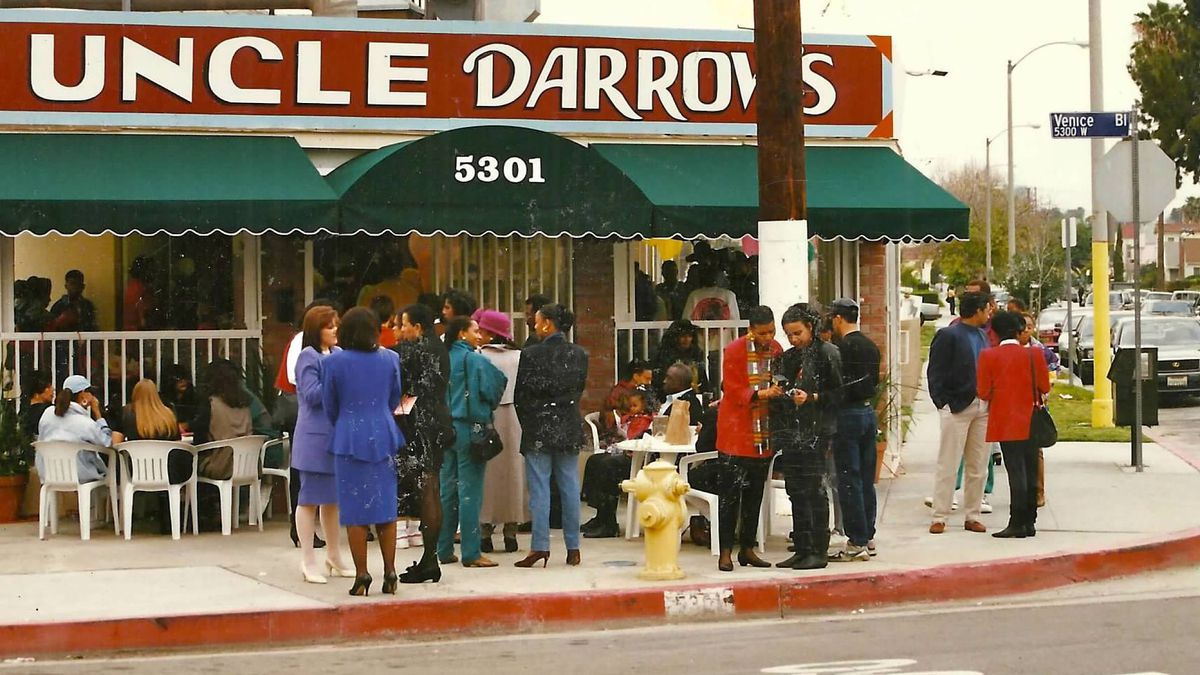 From Harold and Belle’s to Uncle Darrow’s, a history of Creole food in Los Angeles

Walking through the ornate wooden doors of Harold & Belle’s, the clamor of traffic on Jefferson Boulevard transforms into the lively hum of the LA restaurant’s Sunday lunch rush. Chaka Khan croons over the speakers in concert with the shuffle of pots and pans echoing from the kitchen just past the bar. Waiting in the foyer, a young woman with two of her friends comments on how the nutty scent of a roux waiting to be stirred into filé gumbo reminds her of home during the holidays. A man gazing at the smooth cream walls displaying captured memories and newspaper clippings asks his wife if one of the women in a photo is her former bridge club member.

One by one, a young hostess seats each party at their table in the grand dining room. Upon being seated, a basket of crispy French bread appears. A hungry child dining with his family hastily unwraps the dark cloth napkin on top to reveal a buttery visage glistening under the light fixtures reminiscent of the street lamps found in the French Quarter. A couple of tables over, a woman on vacation from Italy scoops up the last of the popular crawfish etouffee, melding the luscious sauce into the nooks of her remaining French bread. At the tail end of the meal, owners Ryan and Jessica Legaux are likely to meander over and ask about the food. This is only after they’ve spent the last five minutes checking in with a family celebrating a birthday at the restaurant for the 10th year in a row. With a smile, they entice diners with a final course option of bread pudding, peach cobbler, or beignets. Those familiar with the culture know this brand of Southern hospitality over decadent food is the Creole way of life.

The image of streetcars, meat markets selling Creole sausage, and bakeries churning out fresh king cakes might conjure images of the French Quarter in New Orleans. However, this scene was once the norm for South Los Angeles. Back in the 1950s and ‘60s, people would step off the J line streetcar and be in the center of what was known as Little New Orleans, an area along Jefferson Boulevard between Arlington and 10th Avenue. Men socializing on porches over hogs head cheese discuss the latest events in New Orleans. Mothers scold their impatient children in Kouri-Vini while waiting in line for catfish at Girard’s Louisiana Fish Market. The aroma of perfectly toasted French bread wafts out of Big Loaf Bakery and tantalizes pedestrians. 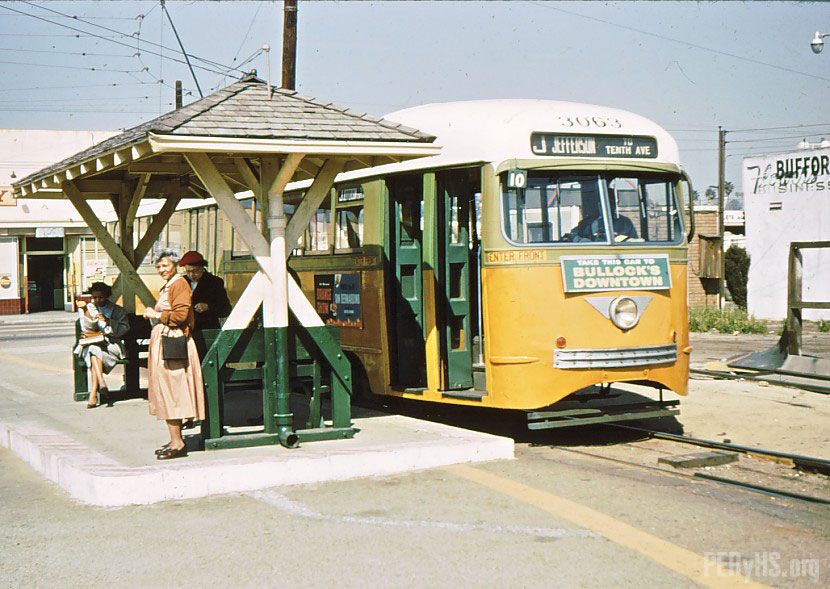 People wait at a passenger platform on the western end of the J Line at the 10th Avenue loop in March, 1956. Image courtesy PacificElectric.org L. Swanson Photo, Andy Goddard Collection.

Beyond the Mardi Gras decorations and play on French words,