The return of an old friend causes tension between members of a fishing family in Antoneta Alamat Kusijanović’s assured debut.

A ‘murina’ is another term for a Mediterranean moray eel, a delicacy which teenager Julija (a wonderful Gracija Filipović) and her father Ante (Leon Lučev) hunt with spears at the bottom of the Adriatic Sea.

In Croatian writer/director Antoneta Alamat Kusijanović’s assured debut, co-produced by Martin Scorsese, the sea is both a haven of tranquillity and a well of simmering desire. This area of the Croatian coastline, where the sparkling sea is interrupted by jagged outcrops, is an appropriately beautiful but harsh setting for this sharp-edged coming of age story.

Julija is a quiet, solemn young woman who prefers the peaceful oblivion of diving to the company of her parents. Her father is resentful of his meagre lot in life as a fisherman, while her mother Nela (Danica Ćurčić) is a listless former local beauty queen now trapped in a loveless marriage. Ignored by her self-involved parents, Julija inevitably falls under the spell of the charismatic Javier (Cliff Curtis), an old friend of her father’s who made his fortune abroad and has now returned to his humble roots.

Swanning in on his yacht, Javier is supposedly interested in Ante’s scheme to develop a piece of land with a sinister past into a luxurious resort, but it’s Nela who proves more compelling. The stage is set for a Freudian tug-of-war for Javier’s affection (and wealth) between father, mother and daughter, with each wanting to use him to escape their unhappiness. 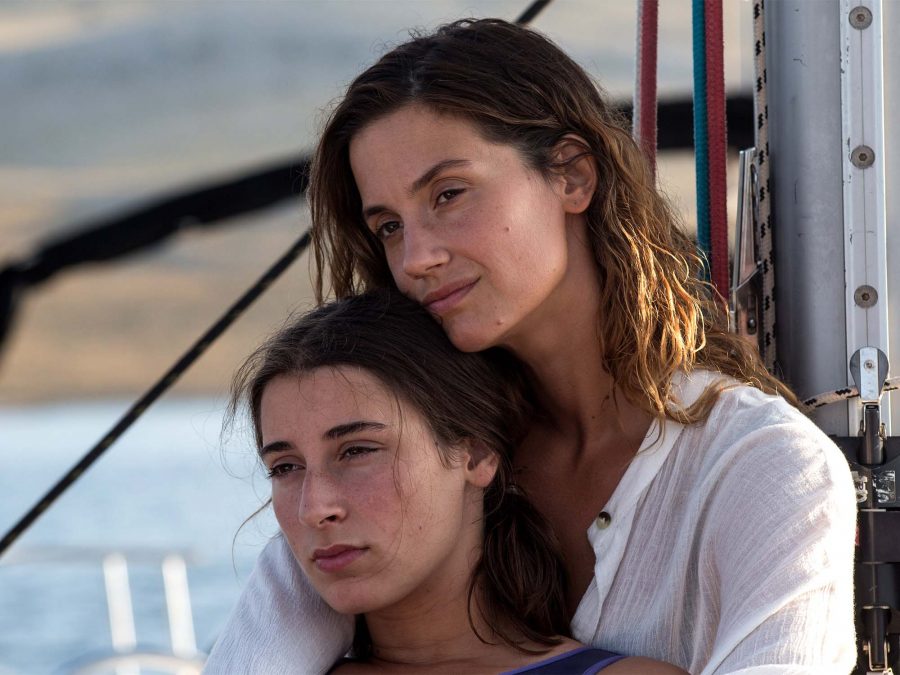 Murina is unsettling from the outset thanks to an early close-up of an impaled eel squirming in a bucket. Dead or dying animals can be rather a hackneyed visual metaphor for the loss of innocence, but Alamat Kusijanović’s film avoids cliché and easy answers. Does Julija see Javier as the instigator of her dreams? Or has his attention sparked a sexual awakening? Is submitting to the control of men all the world has to offer her? Mother and daughter are both forced to grapple with what it means to be desired and whether it can ever lead to true liberation.

Anchored by four very strong performances, Murina is a taut psychodrama that makes subtle but impactful statements about misogyny and personal choice. Its conclusion may not be quite as dramatic as the escalating tensions suggest, but it’s an accomplished debut from a writer and director with an ear for sharp, naturalistic dialogue and an eye for striking visuals.