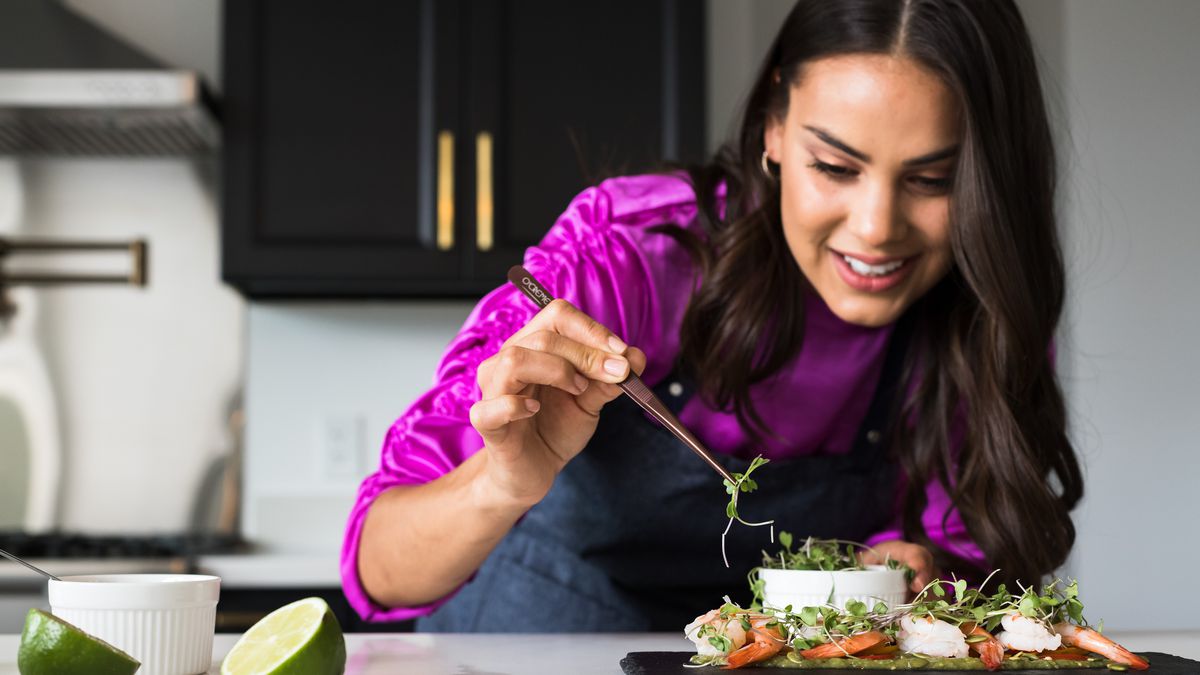 DeSpain, featured on Fox’s new competition cooking show, plumbs her past with a Native American and Mexican pop-up in LA next month

“If I’m going to be this person that has such a big platform to influence people,” says chef Pyet DeSpain, “then I better have something damn good to say.”

DeSpain’s platform moment is here, following her win on the first season of Fox’s multi-tiered cooking competition show Next Level Chef. There was host Gordon Ramsay alongside chefs Richard Blais and Nyesha Arrington, there were the thrown plates and “do better” screams, and there were the lights and the moving set pieces. Now, here is DeSpain. “The message is going to be: I am a Native American, Mexican American woman,” she says, “and I got to where I am with all my passion and all my teachings.”

After working for years to reconnect with her roots and spending several grueling weeks competing alongside some of the best chefs in the country on national television, DeSpain is now beginning to embark on one of her most personal projects to date: a planned Los Angeles pop-up slated to run mid-April that will put her Indigenous American fusion cuisine on full display. Shkodé — which translates to fire in the Potawatomi language of the Prairie Band Potawatomi Nation tribe — is in the works for April 16 and 17, though given the shifting nature of her profile and the attention on her cuisine, the limited-run event is still being tweaked to accommodate the most people. It will open for only one weekend for now, but the impact for DeSpain and the Los Angeles food scene could be huge.

The incoming Shkodé will feature a blend of the chef’s Native American and Mexican roots with her culinary training and lessons learned while on the show. Beans, squash, and corn, a trio called the “Three Sisters,” has great significance in Indigenous cuisine and will be a prominent part of DeSpain’s cooking; corn is also a pillar in Mexican cuisine, making it another bridge between her Indigenous and Mexican cultures. The menu will offer dishes like bison empanadas with a salsa verde, braised bison meatballs with wojapi sauce, and vegan and vegetarian options such as a squash blossom harvest salad with maple vinaigrette. DeSpain’s goal is to continue to celebrate Indigenous cuisines and bring more awareness of Native cultures to Los Angeles and its surrounding communities. “I’ve been working toward [really shining] a light on the underrepresented people in this country in my field,” she says.

A longtime chef who has spent years working the private home cooking circuit around Los Angeles, DeSpain might be lesser known than some LA culinary names — but not for long. She’s embracing the spotlight she’s been given, using her reach (including 35,000 Instagram followers thanks to appearances on Buzzfeed’s Tasty channel and now Next Level Chef) to keep followers informed about Indigenous food while supporting other Native chefs and events.