Arthur Harari charts the remarkable story of Japanese soldier Hiroo Onoda, who refused to surrender at the end of World War Two.

Most people who have studied history know the tale of the Japanese soldier who stood guarding his post during World War Two and refused to stand down until officially relieved by his commanding officer.

It has become synonymous with the quaint spectacle of war, where such confusion highlights the absurdity of extended conflict. Arthur Harari’s Onoda: 10,000 Nights in the Jungle is the story of that soldier, told with an emphasis on the ravages of time and the noxious qualities of extreme patriotism.

It is a film about state mind control more than it is a chronicle of human psychology gone awry. If anything, Hiroo Onoda, here played by Yuya Endo, is presented as rather a meek figure who is quite literally set in his ways when spending over a quarter of a century clutching his rifle, ready to ward off an impending attack.

He’s introduced as a greenhorn who is inducted into the military and manages to rise up the ranks, despite the fact his preppy resolve causes him to clash with fellow officers. With the rank of lieutenant, he is posted to a small, strategically vital island in the Philippines and told to make sure the local airfield remains operational come hell or high water. And if things get bad, suicide is not an option: Onada and his men must stand tall until the last breath is ripped from them by the encroaching enemy.

There is something Herzogian in Hatari’s French-produced epic, particularly in the way it chronicles the monomaniacal tendencies of a man who just cannot be swayed by the hard evidence with which he is often presented. As time ticks on, the members of his platoon either choose to desert or are struck down by illness (or the occasional bullet), leaving Onoda to eventually fly solo into the 1970s. 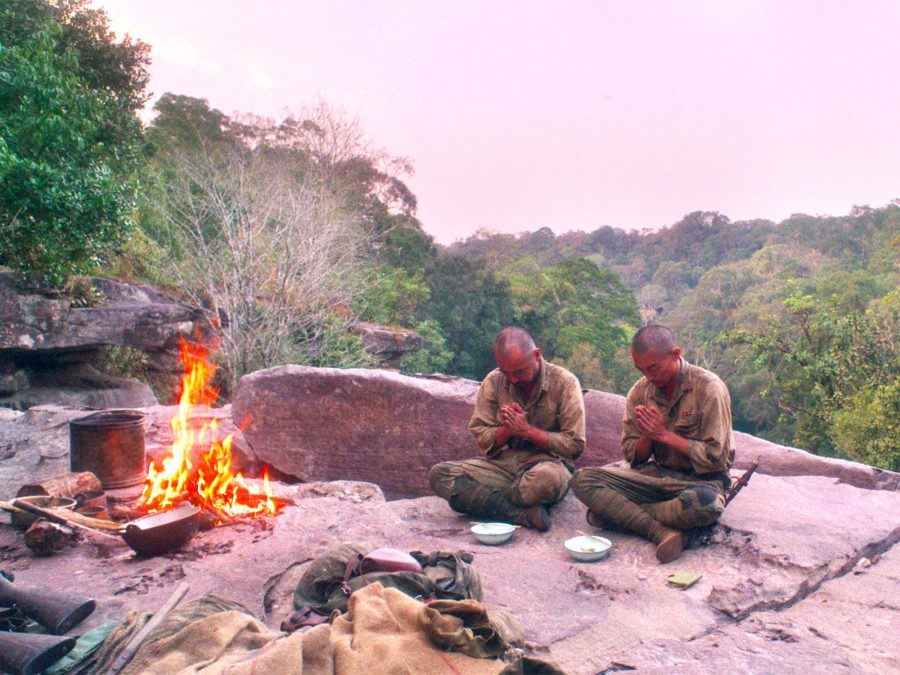 Quite early on in the ordeal, perceived enemy combatants are heard yelling the war is over while attempting to defend themselves from gunfire, but Onoda chalks this up as a trap – the malevolent propaganda of a foe quick to adopt dirty tactics to win out the day. He does this over and over and over, much to his own psychological detriment.

In a world where the deluge of toxic opinion spewing from social media platforms has the ability to corrupt a rational mind, it’s a very prescient film in the way its subject is a person who has been wholly convinced of his destiny, to the point where he refuses to question the logic of his dire circumstance.

There are occasional shoot-outs and sorties against natives, but much of the film comprises Onoda’s crooked and sense-twisting rationale for reaching this invisible finish line. Harari’s film is a practical, simple and saddening document of everyday madness.