The Norwegian capital has been a character in almost all features made by Oslo-raised Joachim Trier, often masked as merely a backdrop to the delicately dissipating human relationships which are a trademark of his films. Trier’s account of the city is imbued with a quotidian romanticism that bleeds melancholy once carefully dissected.

For him, Oslo is first and foremost its people and that’s precisely why a few of his films – Reprise, Oslo, August 31st, and The Worst Person in the World – are known as the ‘Oslo trilogy’. In all three the protagonists grapple with their own identity as twenty/thirty-something men and women, representative of a middle class gifted with what seems like endless possibilities, and the reality of wrong choices amidst privilege and despair. It is through inhabiting lives and surroundings in equal measure that the films claim their arresting intimacy.

An archiving impulse marks the opening of Oslo, August 31st, where old council films meet personal accounts including those of the filmmaker and his co-writer, Eskil Vogt. “It’s not Oslo, it’s the people I remember”, says the narrator and through that sentiment of reminiscence the film commemorates the lonely and the lost who haunt the city, similar to the film’s protagonist. A recovering drug addict (Anders Danielsen Lie) rides a taxi through a tunnel, the end of which reveals a metamorphosing Oslo: enlarged construction sites and shiny buildings perk up as they orchestrate the skyline anew.

This way, the film documents the repurposing of the waterfront – Fjord City – in favour of high-rise buildings, well before its completion in 2016. Now known as the Barcode Project, the site plays a central role in Trier’s latest film, The Worst Person in the World. Despite its contested reputation among locals, the Barcode fosters the burgeoning love between the protagonist Julie (Renate Reinsve) and the charming barista she leaves her former relationship for, Eivind (Herbert Nordrum). 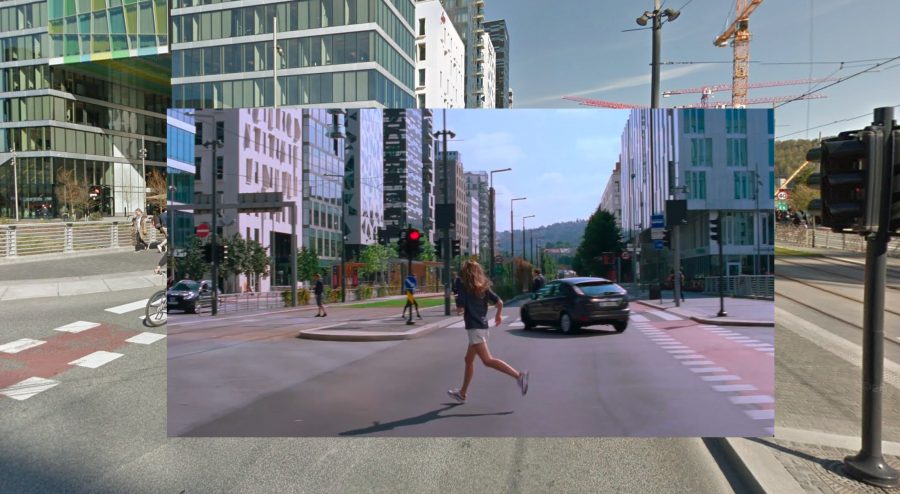 By imbuing this newly-built high-rise part of town with the couple’s amorous thrill, Trier affirms both a locus for new memories and an ever-changing Oslo, the streets of which can be retraced again and again for the pleasure of discovering its familiarity anew. Julie’s run through the city in a “frozen time” sequence reproduces the real, almost straight, path from her ex Aksel (Danielsen Lie)’s bohemian apartment in the posh area of Uranienborg towards an Åpent Bakeri coffee shop – Eivind’s workplace –in the hip and gentrified Barcode in the eastern part of central Oslo.

It is also symbolic for the move between a relationship with an older man who is also an established comic book artist, and her infatuation with a cheery and unpretentious man her age. As Julie and Eivind finally kiss, we catch a glimpse of another symbol of the ‘new’ city, the Oslo Opera House, which served as a backdrop to one of the emotionally explosive scenes in Trier’s supernatural thriller Thelma.

Greenery is equally important for the trilogy,