Everybody used to want a piece of Mikey Saber, but not so much in 2016. Donald Trump is foaming at the mouth, desperate to convince a fragile country to swear him in as president, while Mikey is sweetly banging on his estranged wife’s front door (well, they’re technically still married) as he returns home to smalltown Texas, tail between his legs and a fire in his belly.

There were probably countless hustlers like Mikey in that place and at that time, but this one comes from the mind of filmmaker Sean Baker, America’s sharpest chronicler of life on the fringes. He spots untapped talent with feverish excitement, and places his stars in a limelight that would be refused to them by mainstream cinema.

Scary Movie star, MTV VJ and one-time adult film actor Simon Rex takes the reins as Mikey, with a mercurial, mile-a-minute performance that switches from candour to malice to arrogance to narcissism to ambition and a little bit of love, and all without breaking a sweat.

There are so many laughs in Rex’s laser-focused delivery of salesman-type lines about just how many transferrable skills he has gained from being filmed having sex, as well as the deeply uncomfortable puppy-dog schtick he pulls on 17-year-old Donut Hole worker Strawberry (TikTok star Suzanna Son) to get her into bed and make her a star. 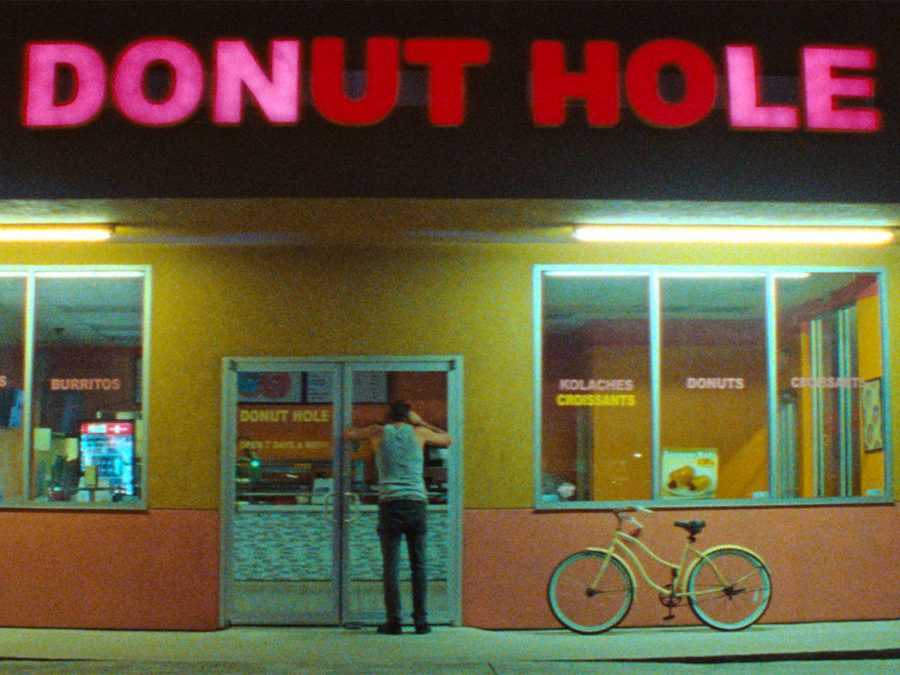 Baker never loses sight of just how disagreeable Mikey is – his irritating charm is not up for debate, but it is also fundamentally wrong. There’s an empathy for his wife Lexi and her mother Lil (Bree Elrod and Brenda Deiss, both non-actors and wildly entertaining with their searing bullshit detectors) as well as Son as the sickly-sweet pinup type who wants to grow up and get out in the exact same way that Mikey does. And in doing so, she fully harnessing her burgeoning sexuality as a ticking time-bomb that only she knows how to detonate.

These strange relationships are framed with gleeful, ballsy imperfection by Baker, while Drew Daniels’ hyper-saturated cinematography makes Mikey’s ice-blue stare and the acid-green grass of this sleepy town feel like a particularly potent fever dream. Then there’s the crash zooms that turn a waterside quickie into a cataclysmic comedic event.

There’s a wonderfully mischievous quality to the whole thing that can only be the result of fastidious design. Every garish needle drop (best use of NSYNC’s ‘Bye Bye Bye’ this side of the millennium) and smash cut (that’s no interruption,