Guillermo del Toro has always been fascinated by the fantastical; since 1993’s Cronos his films have featured vampires, giant undersea monsters, ghosts and everything in between. His neo-noir adaptation of William Lindsay Gresham’s 1946 novel Nightmare Alley represents something of a departure; although toying with the possibility of spirits beyond our realm, the Machiavellian forces in this story are all too human.

Chief among them is Bradley Cooper’s Stanton Carlisle, an ambitious drifter who finds his way into the employ of a travelling carnival run by Clem (Willem Dafoe), who operates the freakshow, plying drifters with alcohol to debase themselves as live chicken-eating “geeks” in the name of money. Undeterred by the carnival’s seedy practices, Stanton quickly ingratiates himself with mystic performer Madame Zeena (Toni Colette) and her alcoholic husband Pete (Dave Strathern) who eventually, reluctantly, agree to teach him the secrets of their psychic performance.

The enterprising Stanton soon leaves the carnival with shy carnival employee Molly (Rooney Mara), and eventually turns the act Zeena and Pete taught him into a stage show for the wealthy audiences of Buffalo, New York. His ambition and greed bring him to the attention of sceptical psychologist Lillith Ritter (Cate Blanchett) and moneyed client Ezra Grindall (Richard Jenkins). From there, the con goes on and on, as Carlisle reveals he will stop at nothing to get what he wants.

Between his fleeting but unforgettable role as Jon Peters in Licorice Pizza and his intoxicating turn in Nightmare Alley, Bradley Cooper has had quite the year – and in a more just world would have received more recognition for it – but rarely has a part seemed more suited to his talents that of Staton Carlisle, effortlessly charming and twisted as he is. Despite the pressure of living up to Tyrone Powers’ excellent performance in Edmund Goulding’s 1947 original adaptation, Cooper is a fine choice to embody both Stanton’s calculating cover and his eventual desperate spiral when it becomes clear he is no longer the one in control.

One key differentiation between del Toro and Goulding’s adaptations is the former’s decision to keep the novel’s bleak ending fully intact. Goulding changed the conclusion slightly, allowing Stanton’s story to end on a slightly more hopeful note (for commercial reasons) but in true del Toro style, he opts to continue the sense of forboding right up until the end credits; it’s here that Cooper is truly at his best. 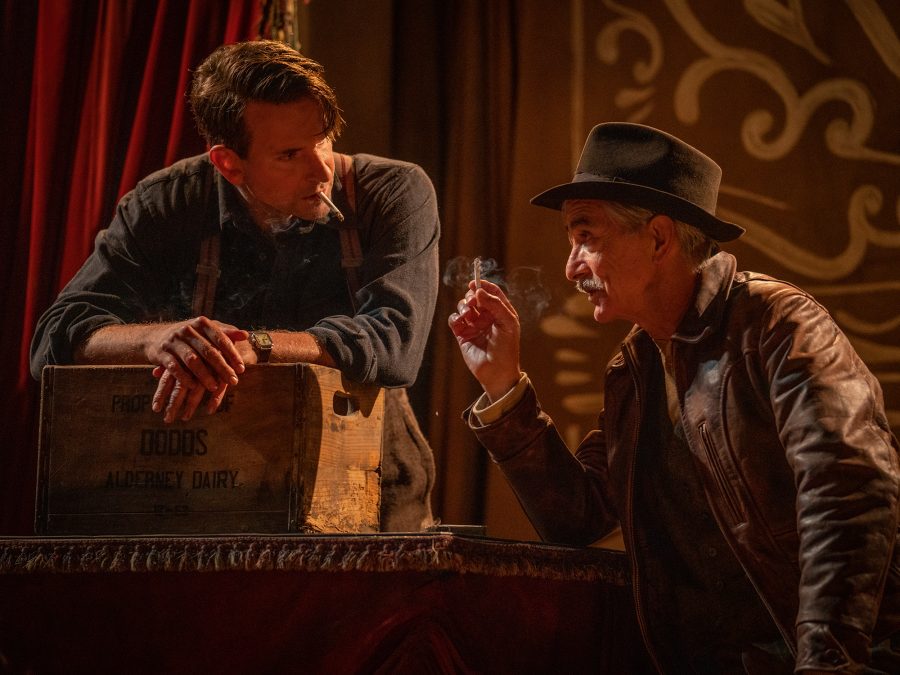 After we learn that Carlisle effectively killed his own father by allowing him to contract hypothermia in his dying days and then burned down their house to dispose of the evidence, we reunite with him once again drifting the country, having fallen on hard times since he was swindled by Lillith Ritter. With no better options, he hits the bottle hard, and soon happens across a new carnival, run by a seemingly sympathetic man (Tim Blake Nelson) who has inherited several props from Clem’s old show.