Dashed-off sequel to the 2020 hit which makes the Chipmunks films look like Tarkovsky by comparison.

Ahead of the Sonic the Hedgehog 2 screening we saw for review purposes, a bespoke, high-end disclaimer played asking that audiences seeing the film refrain from rushing to social media to spoil its secrets. When you encounter something like that, not only does it alert you to the the perils of new media, the sanctity if the cinematic experience and our collective yearning to reveal key plot points to our pals, but it makes you think that the film you’re about to watch contains delicate and intricately-conceived plot machinations that need to be blurted out post haste.

Wouldn’t it be amazing if audiences had the right of reply to such irritating, bad-faith demands? How, indeed, is it possible to “spoil” a film like Sonic the Hedgehog 2? Not that expectations were sky high for this quick turnaround family sequel to the surprise (and similarly awful) 2020 smash, but is it right for an audience – who are made to endure a stern talking to before being entertained – to expect basic competence on any creative level? There is no way a film as aggressively poor as Sonic the Hedgehog 2 could be spoiled more than its makers have already done so themselves.

There’s a joke where people say, “This film’s plot could’ve been written on the back of a napkin!” Yet for Sonic 2, a napkin seems like the equivalent of multi-volumed antiquarian tome, as there is so little of substance to this depressingly rote endeavour. It sees the punchline-spouting blue spiny mammal (who is basically the satirical Poochie from the Simpsons taken at face value) up to his old monkeyshines in rural Seattle where he has taken to independent crime fighting. 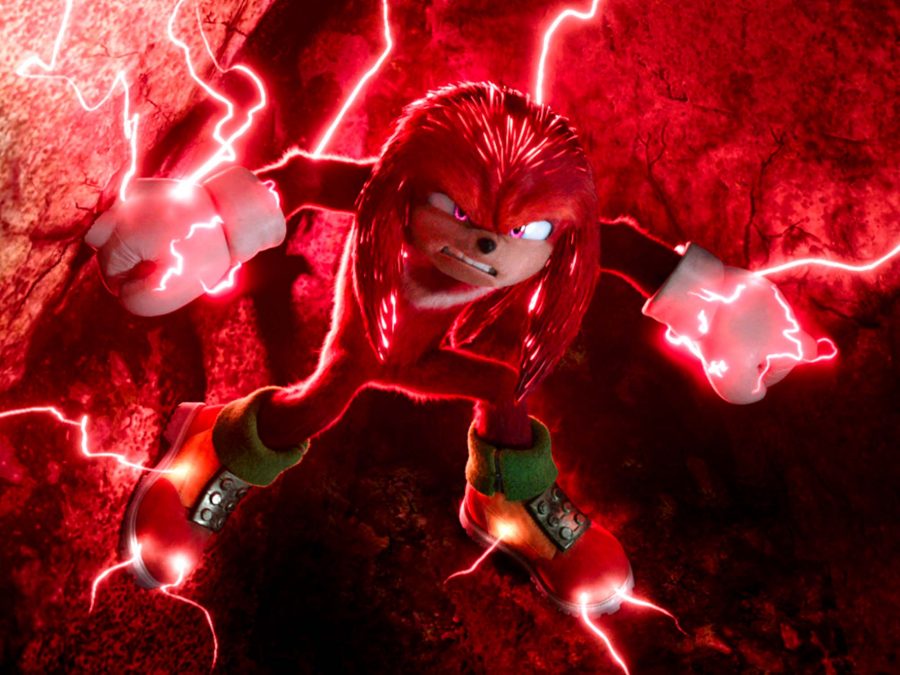 Meanwhile, a testy echidna called Knuckles (voiced by Idris Elba) unwittingly saves Dr Robotnik (Jim Carrey) from his exile on a mushroom planet, and the pair join forces to locate a chaos emerald with untold powers. Filling out the non-sentient cast is a shy little fox called Tails (Colleen O’Shaughnessey) who has the ability to fly and has a backpack full of gadgets that are used for the sole purpose of narrative expedience.

The rest is fill-in-the-blanks filmmaking where all elements clearly could’ve done with a few more months (if not years) in the oven. The script feels like it was a poor first draft. The performances are phoned in. Even Carrey is just schtick-ing hard for his paycheque, desperately attempting to find some subtle variation on his standard arsenal of gurns, gurgles and wacky enunciations, but he rarely if ever hits the comic bullseye.

Worst of all is the quality of the computer graphics, which in many cases look incomplete, or at least not ready for audience consumption. As the animated characters dash, or engage in complex interactions with a real environment, their figures appear blocky and indistinct,