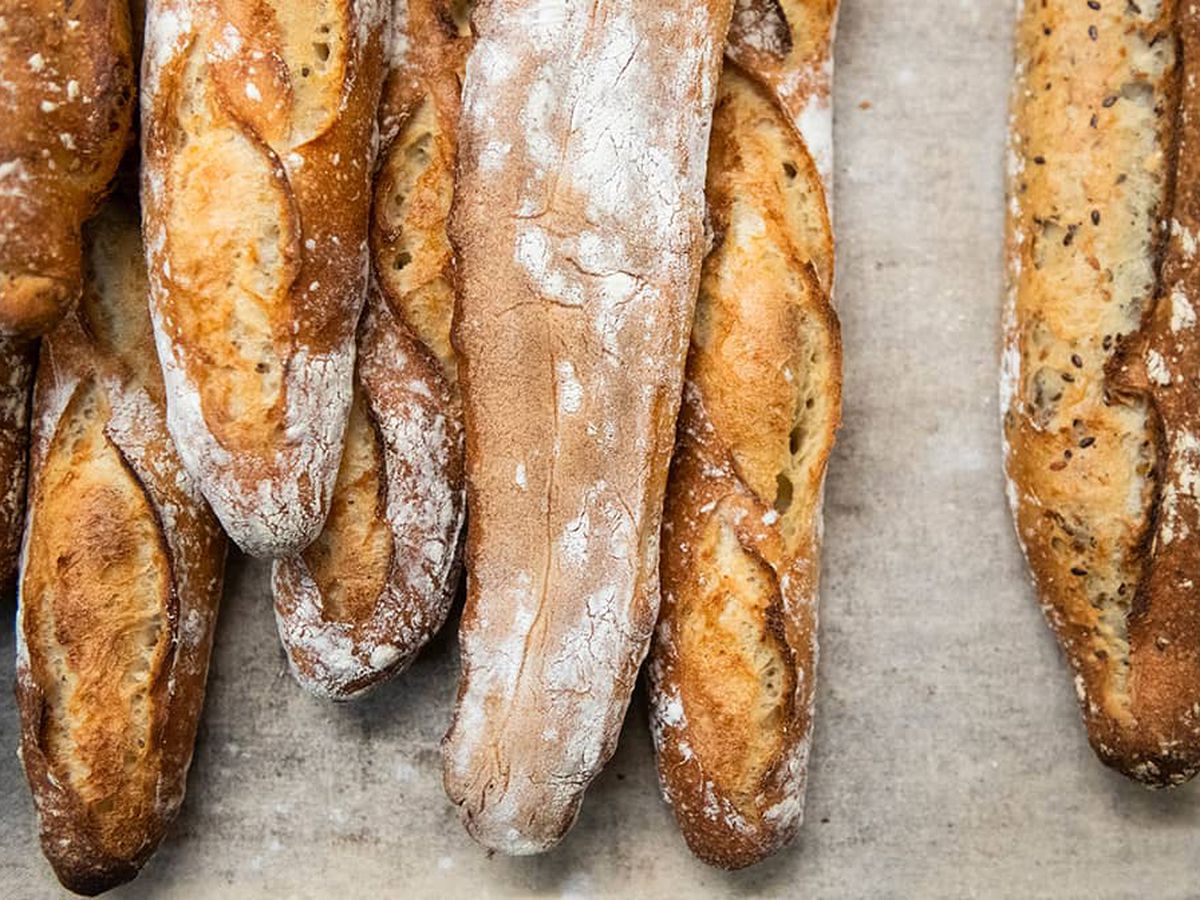 Where to get your traditional boules, baguettes, and brioche, plus sustainable sourdough and the perfect miche for jambon sandwiches, in the bread capital of the world

In Paris, bread is an art form and everyone has opinions about the best artists. There’s a boulangerie — or a bread bakery — on practically every corner in the City of Lights, and about as many kinds of bread to choose from: classic, crusty golden baguettes; pain de seigle rye loaves; and buttery, flaky brioche. Many bread bakers adhere to old-school traditions, making loaves that look and feel like peasant breads of yore, while others are decidedly new-school, making everything from American-style sourdough to babkas and focaccias.

Buying baguettes for a dinner party? Go ahead and tear off the nez — the nose, or pointy end — of the baguette on your way over. It’s French tradition that the baguette buyer is allowed to take a little reward.

With over a dozen locations in Paris, plus one in Lille and a few in Tokyo, Maison Landemaine might not seem like the authentic expression of the artisanal boulangerie, but the hits still hit. The baguette tradition is crusty and chewy in all the right ways, especially paired with cheeses from the nearby Laiterie cheese shop on Rue des Poissonniers.

Shinya Inagaki has made bread for some of the most beloved sourdough bakeries in Paris (think Fermentation Générale and the Terroirs d’Avenir boulangerie). At his own operation in Montmartre, Inagaki is making sourdough breads his own way. Olive focaccia, brioches, multigrain breads, and scones are just some of the specials Inagaki scrawls on butcher paper at his tiny storefront on Rue des Trois Frères.

You’ll likely encounter a line when visiting the original bakery outpost of Cécile Khayat and Victoria Effantin’s wildly popular Mamiche bakery, but the wait is worth it. Using natural leaven, Mamiche’s breads are excellent, from the hearty pain de campagne to the lightweight pain de mie, as well as a traditional “miche Mamiche.” Don’t miss the babkas and viennoiserie,