Bartenders, managers and regulars on the bar that brought classic cocktails back to New York.

The arc of a rainbow is a single majestic parabola. It ends, if you believe in such things, in a pot of gold. But the arc of the Rainbow Room, one of New York City’s most iconic bars, isn’t a single graceful curve; rather, it’s a series of up-and-down sine waves.

First opened in 1934, the pet project of John D. Rockefeller Jr., the Rainbow Room was a light-flooded marvel of modern architecture. As noted in Architectural Forum in 1936, “To the speakeasy generation, inured to smoke-filled catacombs, it offers supreme luxuries: high ceilings and windows to look out of.” Built on the 65th floor of what was then the RCA Building, it featured a rotating dance floor and an organ attached to a colorful light display (hence the Rainbow Room name). Though lauded at the time, the Rainbow opened and closed in fits and starts with a rotating cast of proprietors. Renovations came and went, some more successful—that is, faithful to the glory of the first dawn—than others. By 1977, the space had, according to The New York Times, “slipped over the decades, and in recent years the room seemed to coast along primarily on memories, tourists and the view.” However, the fortunes of the Rainbow would soon change again.

After a nearly $20 million renovation—which eventually ballooned closer to $30 million—under the tenure of the showman restaurateur Joe Baum, the Rainbow Room was restored to its glory. Baum, with architect Hugh Hardy, painstakingly recreated the glamour of the original Rainbow, going so far as to find the grandchildren of the man who made the rotating dance floor and commissioning a new one from him. For just over a decade, the Rainbow Room was brilliant again. This time, it wasn’t just a nightclub and restaurant, but a bar that would come to have an outsize impact on American cocktail culture thanks to Dale DeGroff, who oversaw the revolutionary cocktail program. For months leading up to the opening, DeGroff had dug deep into the classic cocktails of London, Paris and New York’s social clubs, intent on restoring luster to drinks of the late 19th and early 20th century. He eschewed shortcuts, insisting on fresh juice and no premade mixers. His drinks were strong, stiff and serious, laying the groundwork for the second golden age of cocktails we still find ourselves in today. 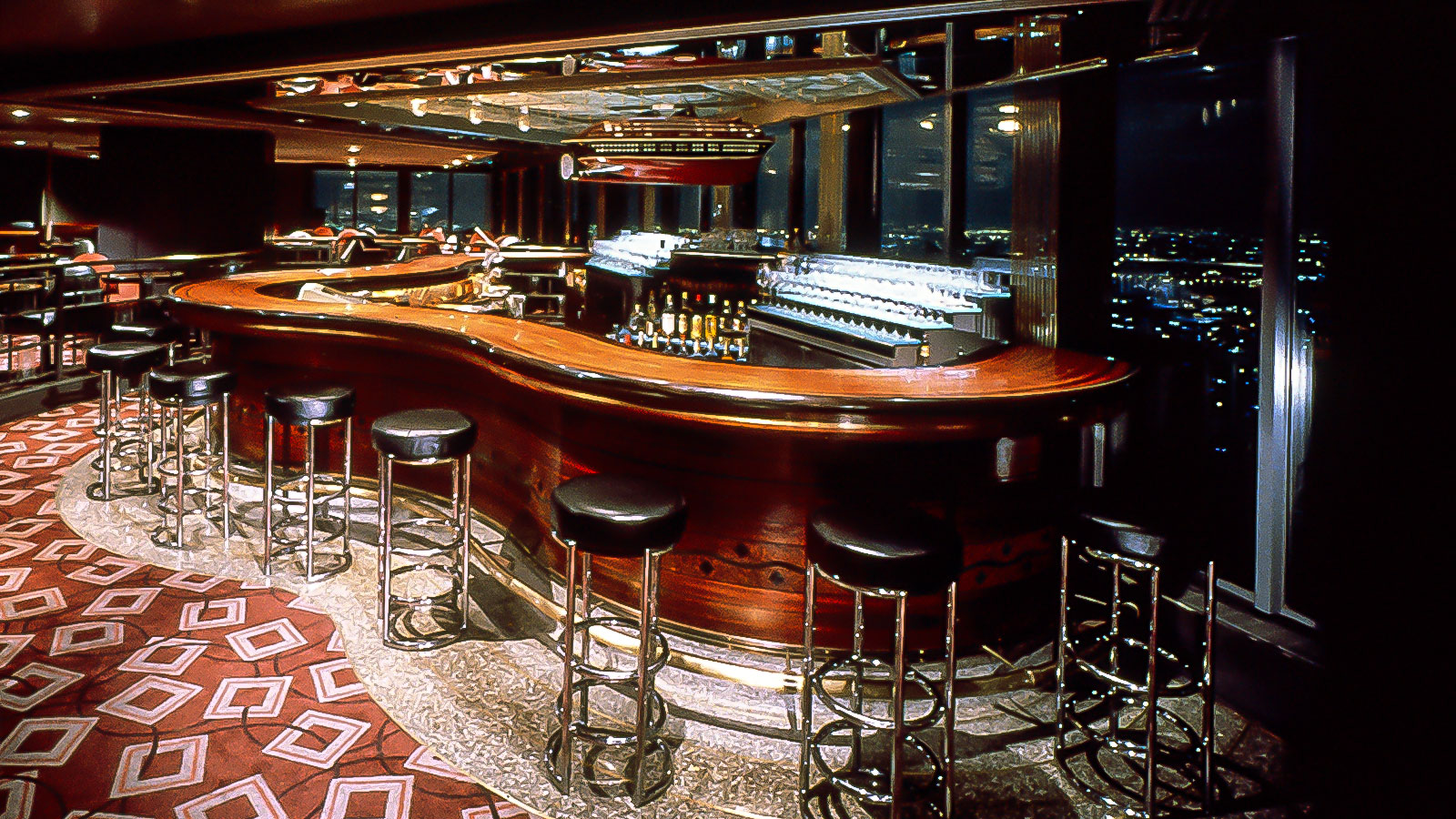 Under the tenure of Joe Baum, the Rainbow Room was restored to its former glory. | Photo: Courtesy of Dale DeGroff

Celebrities came; noncelebrities came; everyone met at the Rainbow. The party lasted largely unabated until 1999, when a real estate mogul named Jerry Speyer, of Tishman Speyer, abruptly kicked out the Baum family—Joe had been joined by his son, Charlie, as the GM—and replaced them with the Cipriani family. It was an ignominious end of an era.