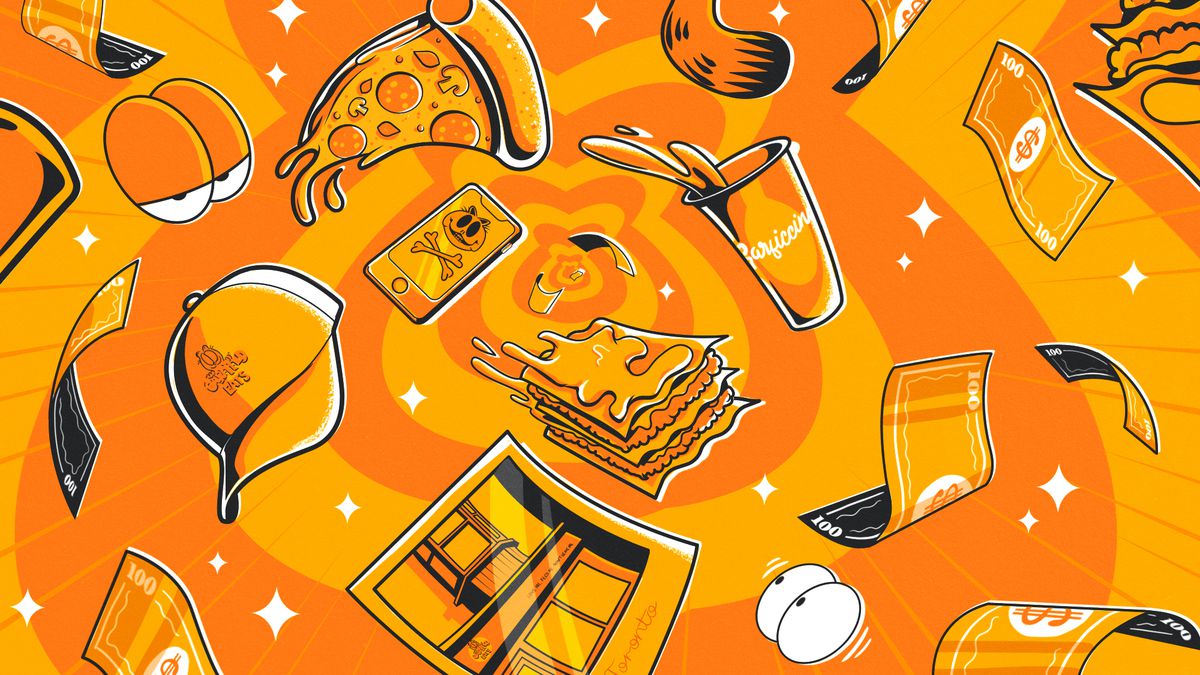 Toronto is a world-class food city, overflowing with top-quality dining options ranging from dim sum to curry-stuffed Caribbean roti. Yet ask me to name the city’s most memorable restaurant and I wouldn’t hesitate to offer a somewhat shameful answer: the now-defunct, lasagna-slinging GarfieldEats.

This an appalling choice for various reasons, perhaps especially because the restaurant’s entire raison d’etre was derived from the 43-year-old Jim Davis comic strip Garfield, which follows a fat orange cat who loves lasagna and hates Mondays. “Most memorable restaurant” is not the same as “best restaurant,” but it’s hard to find a Toronto dining institution that’s made a bigger splash on the internet, spawning its own short-lived subculture that fixated upon the restaurant and the every move of its enigmatic owner and founder, Nathen Mazri. And while the legions of GarfieldEats obsessives have mostly moved on, social media is littered with fascinating detritus from the restaurant’s 18 months in business.

It started in 2019, when an ad for GarfieldEats suddenly appeared on a vacant storefront in Toronto’s West End. It featured a large image of Garfield pointing at an even-larger photo of Mazri. In an almost-accusatory speech bubble, Garfield says, “This is the man who made a pizza out of my face.”

As the ad implied, GarfieldEats wasn’t just about Garfield; it was also about Mazri, a businessman who bursts with a uniquely frenetic energy, proudly identifying himself as the world’s youngest Garfield licensee. (That is, he was granted the right to use the Garfield brand, a stumbling block for many aspiring pop culture venues.)

Speaking of himself in the third person, Mazri explained his sudden rise in popularity to me as if he’d achieved the impossible: “All of a sudden, a young Canadian entrepreneur comes in, he’s taking pictures with [Garfield creator] Jim Davis… Jim trusts this young man with his license, and boom, a GarfieldEats restaurant.”

“[There’s been] ​​over 5 million mentions of my name and Garfield and the word ‘entergaging,’” he went on to claim, although I found just under 500 Google results.

The difference between a regular themed restaurant and an “entergaging” one seems to be that the latter serves copious amounts of meme-able content alongside its dishes: The restaurant launched its own app, which featured ordering capabilities, built-in games, voice recognition, its own currency, and an Instagram-like photo feed. It also had a YouTube channel, which advertised the restaurant’s sustainability efforts, including an instructional on repurposing the restaurant’s lasagna boxes into Garfield-themed tissue boxes (presumably after cleaning out the food residue).

This combination of content, fast-casual dining, and the Garfield character led to a unique experience for visitors.