Nanni Moretti grapples with the thorny topic of misogyny in his adaptation of Eshkol Nevo’s 2015 novel.

The fixed, self-serving prejudices of privileged white middle aged men may not be such a good thing after all. That’s the far-from-revelatory takeaway from admired Italian auteur Nanni Moretti’s latest drama, his first project to be adapted from someone else’s novel rather than his own original screenplay. The title refers to a posh city mansion block, whose fortunes unfold over ten years of incident-packed turmoil presented as a some sort of moral lesson for the rest of us.

On the ground floor, there’s a hard-working family whose primary school-age daughter is occasionally left with the seemingly nice elderly couple up the stairs, until dad (Riccardo Scamarcio) becomes convinced she’s been the victim of improper advances from said old codger.

Meanwhile, in the top flat with the enviable roof terrace, a stern judge (Moretti himself, cast against type) refuses to have anything more to do with their wastrel of a son after he causes the death of a passer-by in a drunk-driving accident, which puts his doting mother in an awkward position. And halfway up the stairwell, a new mum (Alba Rohrwacher) starts falling apart while hubby’s always away at work, and she’s forbidden to have any contact with his amiable outcast of a brother.

There’s a lot going on, then, but the three stories don’t really mesh to significant effect, though what does bind them is that the menfolk are stuck in their ways, rightly but mostly wrongly, and the stoic women have to make the best of it. Perhaps the Tel Aviv setting in Eshkol Nevo’s 2015 novel provides more of an understated context for all this toxic masculinity, but Moretti’s treatment gets the point over early on then keeps labouring it to wearying effect. 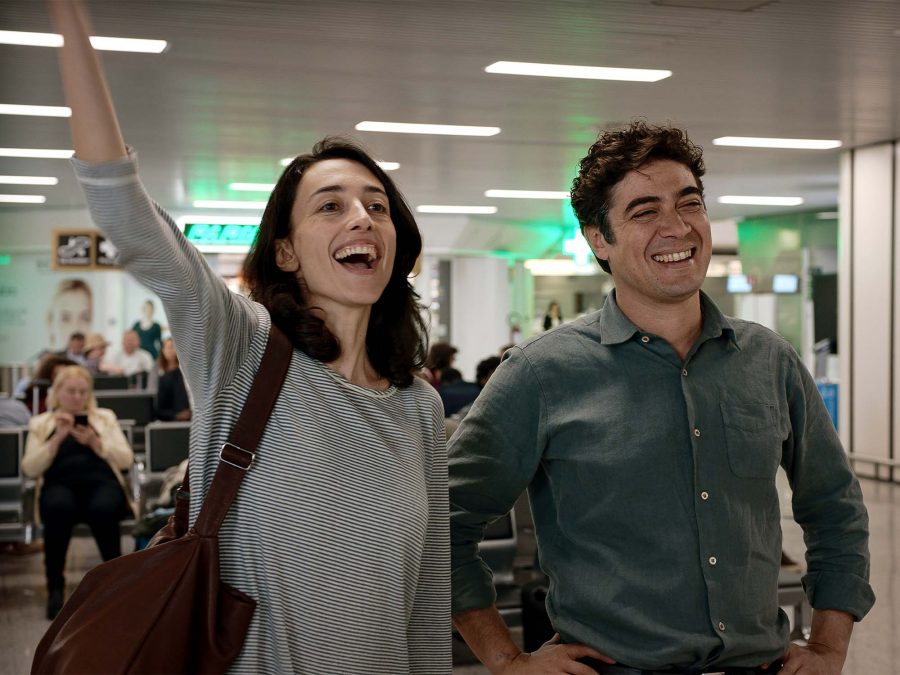 In his early days, Moretti drew comparisons to Woody Allen as a witty and endearing screen presence at the heart of his own films, which danced nimbly through humour and heartbreak. Here, late Moretti unfortunately proves about as appealing a much of latterday Allen – weaker material is treated with a far heavier hand, proving ultimately rather dismaying.

Look back to, say, 2001’s The Son’s Room, a pivot point in Moretti’s filmography between essentially comic and serious modes, and the difference is chastening indeed. The earlier film picks its way through a heavy-duty theme (family bereavement) with consistently-surprising scene selections which deliver earned emotion, yet here events follow each other with an almost-audible clunk.

The visuals, the book-lined decors, the performances – especially Margherita Buy, as engaging here as Moretti’s resilient on-screen missus as she was centre-stage in his earlier Mia Madre – get by on a certain suave classiness, yet there are serious misjudgments too. Especially concerning is the plot strand where an older man ends up in court after a sexual encounter with an under-age adolescent girl, where the story follows a victim-blaming path that’s uncomfortable viewing in these post-#MeToo times.