When Mason Hereford of Turkey and the Wolf fame announced the publication of his first-ever cookbook shortly before the holidays, it quickly became one of the most hotly anticipated cookbooks of 2022 — no surprise there. What Hereford couldn’t have anticipated, however, was that all copies of Turkey and the Wolf: Flavor Trippin’ in New Orleans, would wind up at the bottom of the Atlantic Ocean just a month later.

Hereford took to Instagram on January 25 with a series of hilarious memes captioned with rare lowercase text (the prolific Instagrammer almost exclusively writes in all caps), saying, “I’m sorry to say the Turkey and the Wolf cookbook won’t be shipping out in February as planned. There was a container collapse on the cargo ship that contained the Turkey and the Wolf books.” He pointed readers to a list of reports about the catastrophic collapse. Essentially, the cookbooks were on their way to the United States from Kaohsiung, Taiwan, and idling near their destination at the Port of New York when the cargo ship carrying them encountered “heavy weather,” causing a collapse that resulted in 60 containers lost overboard and an additional 80 damaged.

“In the first phone call about it, I found out that the book was either at the bottom of the ocean, in a damaged shipping container, or on a boat with a bunch of damaged shipping containers that would take forever to offload. From there, we learned it would be long time before we knew if the books would be salvageable, so at that point it was just time to find a new date,” Hereford told Eater. While he still isn’t 100 percent sure whether the Turkey and the Wolf cookbooks were in one of the containers that sank or one of those damaged, either way, it’s “perhaps the most hilariously 2022 thing to happen yet this year,” he says. Following the collapse, the vessel was rerouted to Charleston, South Carolina, and is currently docked there to offload damaged cargo.

“People keep apologizing to us, telling us they’re so sorry to hear this,” says Hereford. “But I mean, I’m sorry for anyone that ordered something that has to wait longer to get it, but otherwise, it’s so ridiculous we can’t help but smile about it, you know?” he says.

Originally set for February 15, the loss of the books has significantly delayed its release date; fans of the nationally-acclaimed sandwich shop will now have to wait until June 21 to learn how to recreate its famous fried bologna sandwich at home — barring another encounter with Neptune’s wrath, that is. 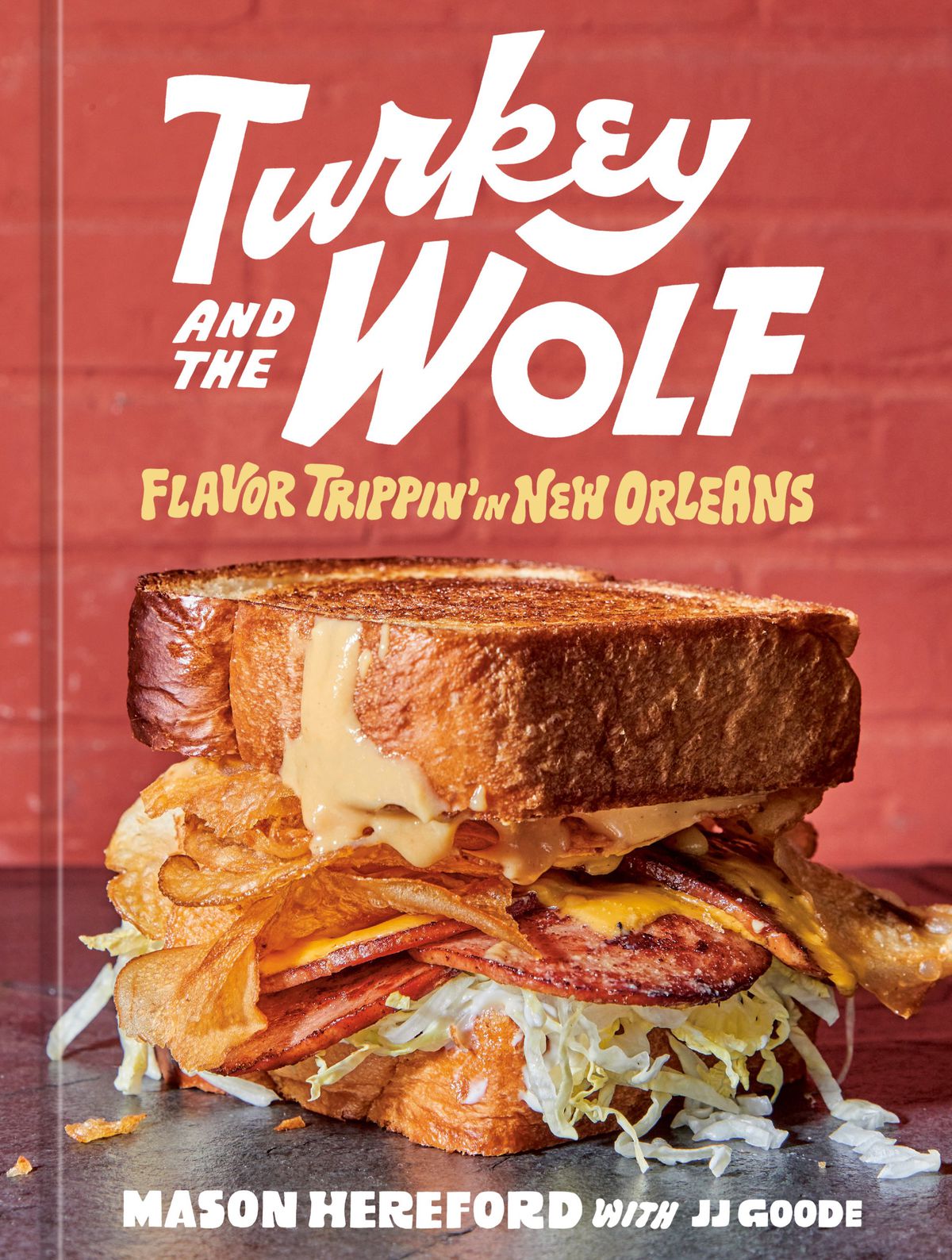 Turkey and the Wolf