New York restaurant workers react to the end of the citywide vaccine mandate. 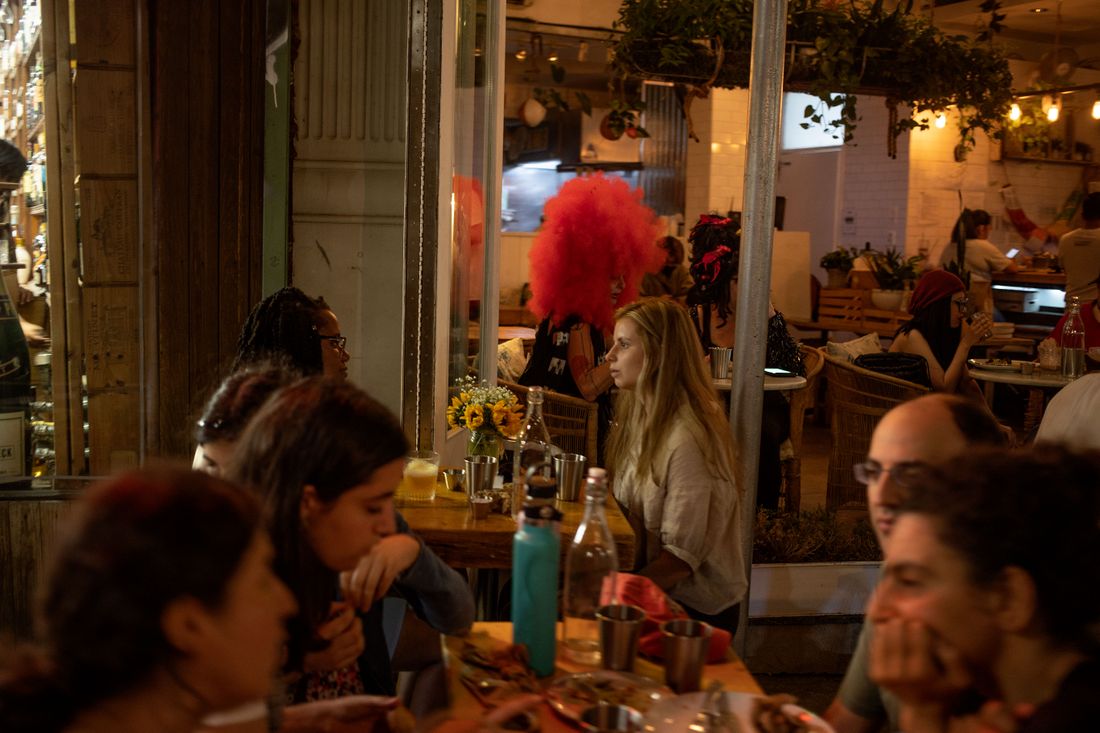 Next week, life in New York City will inch a little bit closer to its pre-pandemic self when the citywide mandate that requires anyone eating in a bar or restaurant to be fully vaccinated — in place since August — will in all likelihood end. Mayor Eric Adams says that a final decision will be made Friday and that the mandate will be lifted provided “our numbers continue to show a low level of risk.” Is it the right time? Adams says yes: “The goal was to put in place ways to encourage people to get vaccinated. I believe we’ve accomplished that.”

Here is what we’ve accomplished following the implementation of vaccine mandates for public-sector workers and anyone going into restaurants, bars, gyms, or indoor performances: According to city data, the vaccination rate in New York has risen from 59.5 percent of the overall population on August 9 to 76.9 percent, and 86.8 percent of adults are now fully vaccinated. The decision to lift the vaccine mandate comes as COVID-19 cases have declined dramatically since the peak of the Omicron surge — even if that surge is still very fresh in people’s minds.

“Let’s call it seven weeks removed from Omicron running rampant,” says Elijah Servance III, a bartender at Queensyard in midtown. “I don’t know what data or what stuff y’all are seeing that makes you feel eight weeks later like, No, it’s all good — just get rid of the masks. Don’t worry about the unvaccinated.” At his bar, he says, he’ll often do 300 covers a night. “What if 100 of those people are unvaccinated?” he asks. “I just think it’s foolish to open that Pandora’s box without a different safeguard in its place.”

Heather Rush, a co-owner of Pine Box Rock Shop in Bushwick, was also surprised by the suddenness of the announcement. “After having had my business survive and my staff and myself go through several surges, it is disheartening to see them lose the mandates so quickly,” she says. Still, she knows the existing mandate is far from perfect: difficult to enforce, inconsistently applied, and relatively simple to circumvent. “I never felt that it was a good system,” Rush explains. “But I do understand that there wasn’t really any other way to do it. People wanted to go out.” Rush’s biggest criticism is that the hospitality workers charged with enforcing the rules were often on the receiving end of customers’ complaints. “It just felt like the city said, ‘You have to do this. We’re not going to tell you how,