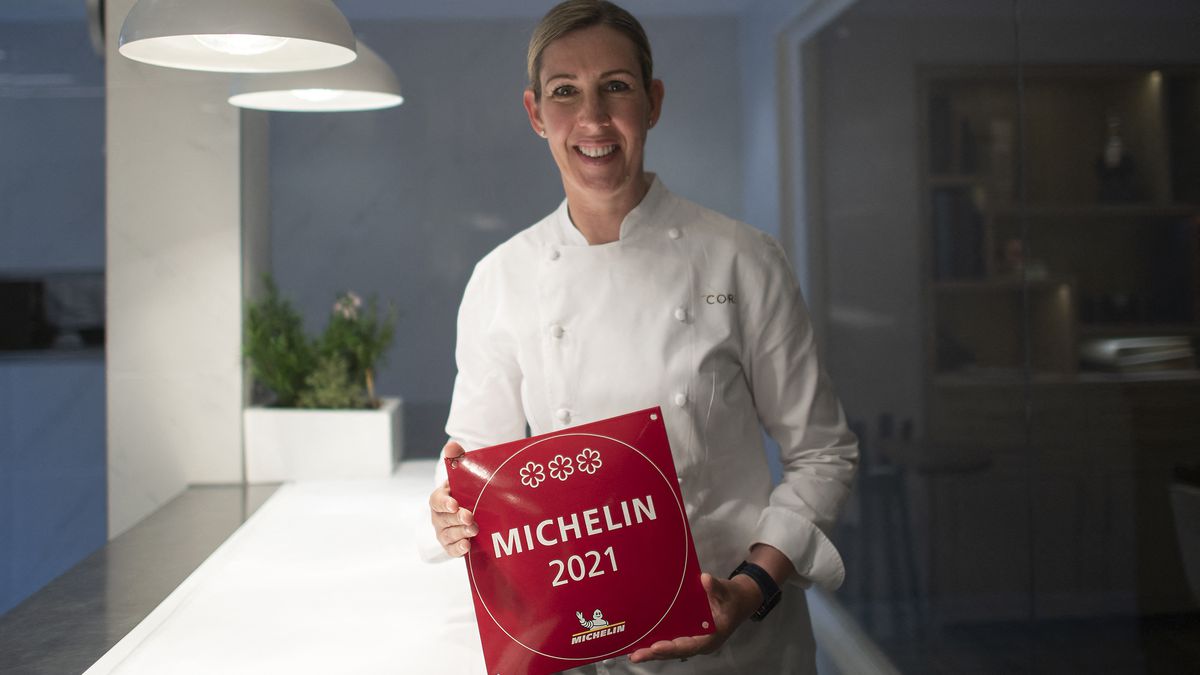 Which restaurants in the capital will ascend to one, two, or three stars?

Michelin will reveal London’s new Michelin stars for 2022 next week, on 16 February. Being the first “Michelin star revelation” for two years in which the restaurant world feels even remotely “normal,” it won’t just be a bellwether for those awarded, but for how the guide is pitching itself for the coming years. Last year, it promised its stars would “support” restaurants, but it still took some away. Using the Michelin Guide’s new monthly additions; a wealth of previous experience, and because it’s Michelin, some really weird thinking, here’s what London diners might expect to see.

Note: This mysterious, mercurial, perplexingly influential index is notoriously difficult to predict, so while the below is based on rational analysis, it is by definition undermined by Michelin’s opaque criteria and its anonymous inspectors’s personal predilections, which do differ from year to year.

BiBi — Chef Chet Sharma’s link up with JKS Restaurant, the group behind Michelin-starred Gymkhana, Trishna, Kitchen Table, and Sabor has earned plaudits from all the right places, appearing to have astutely paired creativity and modern expressions of Indian culinary traditions and flavour profiles with some of the fine dining techniques associated with modern European gastronomy. It has been open for less than a year, but in recent guides such youth has not prevented the guide’s inspectors from handing out stars.

Sumi — Sushi master Endo Kazutoshi has opened this elegant, wood-panelled companion to his Michelin-starred counter in White City, Endo at the Rotunda, at 157 Westbourne Grove in Notting Hill, in 2021. Since, it has been praised for its flawless presentation of comparatively affordable high-quality sushi. Kazutoshi is one of the city’s most gifted sushi chefs and has previous with Michelin. A star for Sumi would surprise no one.

Evelyn’s Table — A restaurant which ticks almost all of Michelin’s boxes: “Intimate 12 seater counter dining experience.” A charming back-story, a family business, led by head chef Luke Selby and his two brothers, Nat and Theo, which according to its website serves “an evolving menu built on their formative experiences — a melded love of British produce, Japanese techniques with classic French training.”

Others in contention: Native at Browns; the Sea, the Sea; the Pem; Sollip; Allegra.

Kol — New entries at two star aren’t common but are much less infrequent than in year’s past. Yes, notable recent examples — like Bibendum and Core by Clare Smyth — have had deep connections and previous with Michelin,