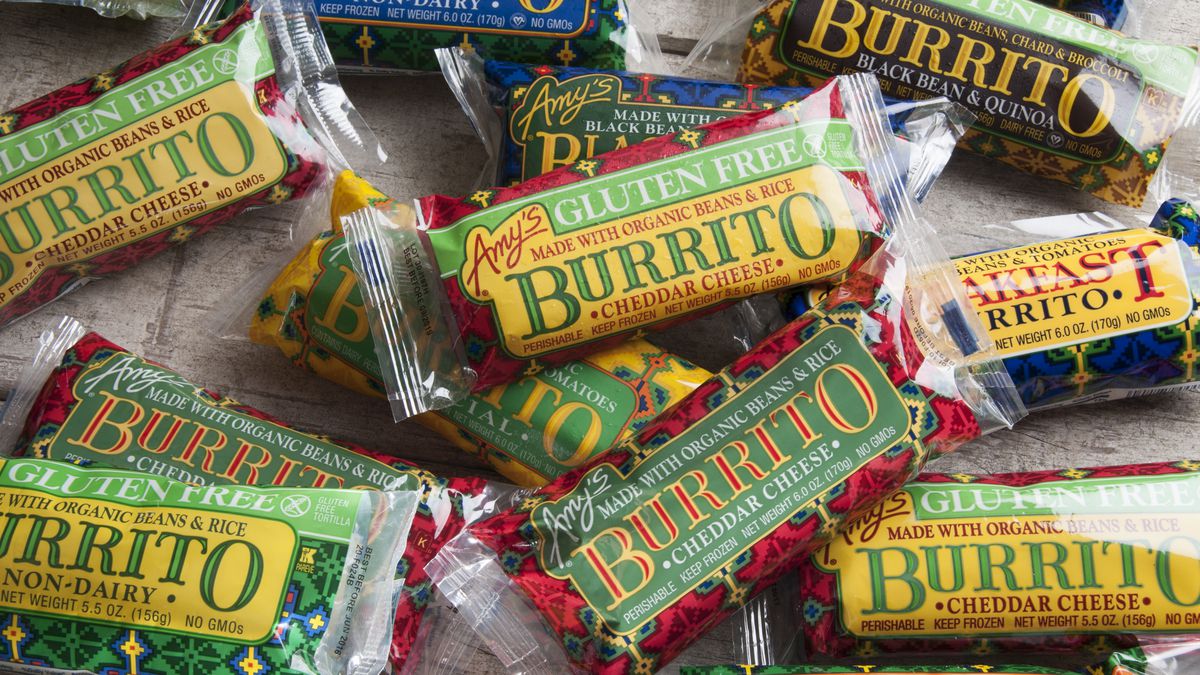 Amy’s Kitchen prides itself on being a “positive impact” company. Its workers say they have a long way to go.

“We’re now proudly B Corp certified!” chirps a green banner on the homepage of Amy’s Kitchen, the organic packaged and prepared-foods giant. It’s positioned above an image of the company’s founders, the Berliner family — Andy, who is currently the CEO of Amy’s Kitchen, with his wife Rachel and their daughter, Amy, after whom the company is named — dressed in down vests and worn-in scarves, smiling and windswept in front of a blue sky. “B Corp certification is awarded to businesses that use profits and growth as a means to a greater end: Positive impact for their employees, communities, and the environment,” Amy’s explains in a blog post from March 2021. “The B Corp community works toward reducing inequality, lower levels of poverty, a healthier environment, stronger communities, and the creation of more high-quality jobs with dignity and purpose.”

Amy’s Kitchen positions itself publicly as a conscientious, feel-good choice for consumers. Since 1987, it has been stocking freezers and pantry shelves around the country with organic burritos, bowls, soups, and pizzas, catering to people with vegetarian, vegan, and gluten-free diets (or just anyone who likes breakfast burritos in a convenient frozen form), with branding and imagery that evokes rustic farms and hippie sensibilities. The company remains family-owned, and reported anticipating $600 million in revenue in 2020, bolstered by consumers into the company’s natural, “fiercely independent” ethos.

However, workers at Amy’s allege that the conditions at the company’s plants are antithetical to its stated core value to “take care of people” and “treat our employees like family, with honestly, inclusiveness, and compassion.” On January 17, NBC News published an investigation into workplace conditions at Amy’s Santa Rosa, California, plant. Three days later, representatives at Teamsters Local 665 filed a complaint to Cal/OSHA on behalf of some of the same workers quoted in the NBC piece. And earlier this month, the Teamsters filed an additional complaint to B Corp, the organization that provides certifications to for-profit businesses regarding their “social and environmental performance.”

The latest complaint calls for B Corp to investigate Amy’s and, if necessary, revoke its certification. “Amy’s Kitchen has demonstrated a callous disregard for workers’ health, safety, and human rights in violation of the B Corp Declaration of Interdependence,” Teamsters Local 665 principal officer Tony Delorio said in a statement. In a statement to Eater, Amy’s Kitchen said it “continues to meet B Corp standards and since the allegations, we have proactively invited B Corp to review recent findings. We will continue to work directly with B Corp to ensure the organization has all the facts and transparency it needs.”

While the OSHA complaint challenges the working conditions at Amy’s and may result in a fine, the B Corp complaint is an attempt to challenge Amy’s Kitchen in a more public manner. If a B Corp certification — which is granted based on a self-reported questionnaire from the company — is a promise that this company treats its workers and the environment with care,