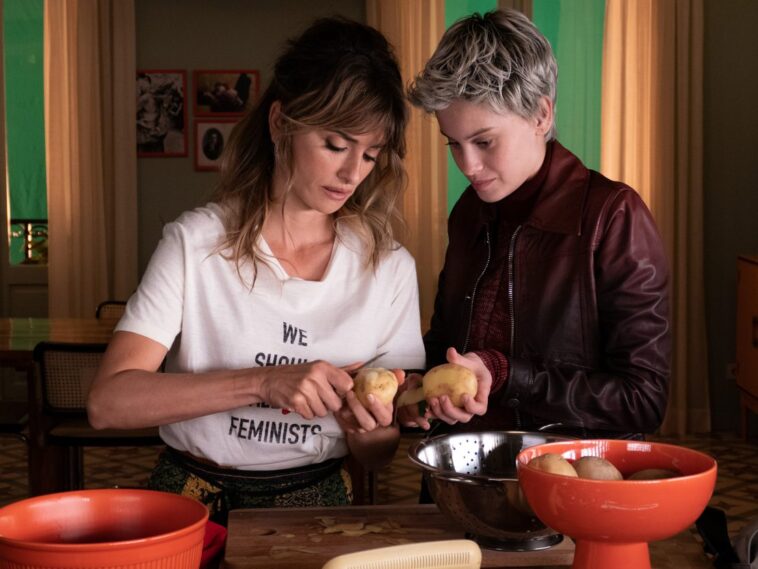 In Pedro Almodóvar’s Parallel Mothers, two expectant single mothers meet in a maternity ward, unaware of how their lives will soon intertwine. Janis (Penélope Cruz) is a first-time middle-aged mother thrilled at the prospect of having a child. Opposite is Ana (Milena Smit) an adolescent petrified by her unplanned pregnancy. Janis and Ana’s newborns are briefly separated from them in the hospital, but when Janis takes her baby home, events conspire to plant a seed of doubt in her mind. A DNA test reunites the two mothers and re-establishes their blossoming friendship.

The film connects the story of motherly solidarity between Janis and Ana with an even bigger picture as Janis participates in an investigation of unmarked mass graves from the Spanish Civil War. With historical precedent looming in the background, Parallel Mothers becomes a story of contemporary mothers and mothers of the past, honouring the generational suffering of the ones left behind; the women impacted by the dark history of their country.

Underscored by Janis cooking dinner while wearing a ‘The Future Is Female’ t-shirt, it is crystal clear that Almodóvar wishes to portray modern motherhood through its main character. Janis might be in the kitchen, but Almodóvar does not believe she belongs in the kitchen. Quite the opposite, Almodóvar undoubtedly applies this stereotype to enhance his desire to challenge the expectations of a maternal figure, as Janis and Ana defy these maternal stereotypes in multiple ways throughout the film, whether it be the fact they are both raising their daughters as single mothers or that Janis still prioritises her career as a photographer.

The complexity of motherhood is similarly explored in Maggie Gyllenhaal’s feature debut The Lost Daughter, adapted from Elena Ferrante’s novel of the same name, where motherly disconnection is at the centre of a story that tears apart the idealism surrounding maternal instincts. 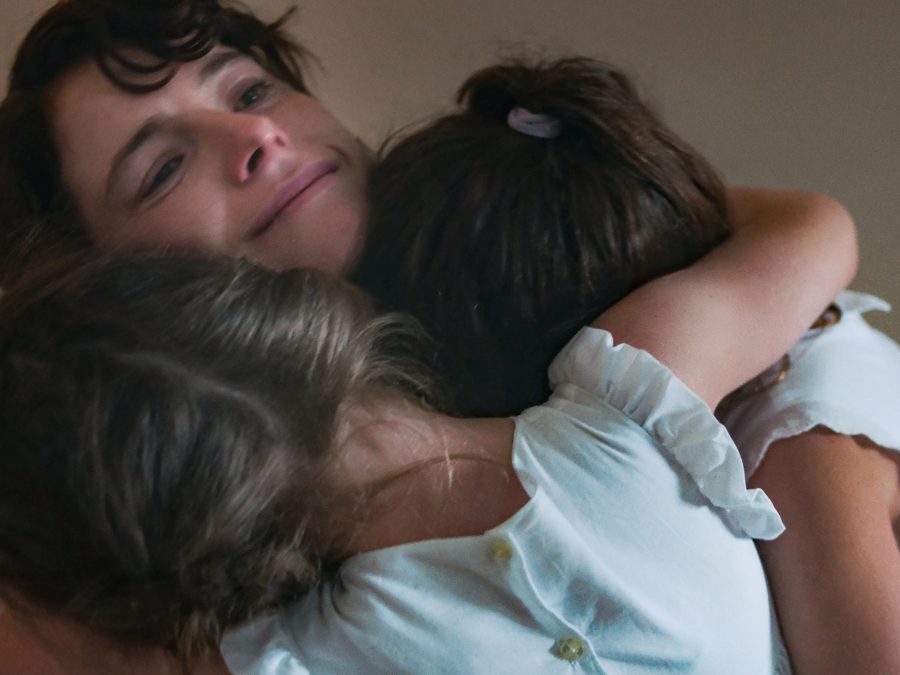 When Leda (Olivia Colman) holidays on a Greek island, her peace is disrupted by a noisy family staying on the same beach. Leda befriends a young mother within the group, Nina (Dakota Johnson), and as she watches her struggle with the symbiotic yet suffocating relationship Nina has with her daughter Elena, it stirs uncomfortable memories of Leda’s past. Through a series of flashbacks, The Lost Daughter breaks some of the sacred taboos of motherhood as we see how the younger Leda (Jessie Buckley) struggled to cope with the demands of childrearing and eventually left her young daughters, putting her needs and ambitions before theirs to pursue a career as an academic.

The subject of postnatal depression is also briefly alluded to, most obviously when Nina expresses that she might “have depression, or something”. This allows Leda to consider her own conflict with the constant guilt complex of living up to the endless responsibilities of being a mother as she relives past memories. The feeling of guilt slowly takes up most of Leda’s remembrance of her role as a mother, which makes the film ever so anxiety-provoking to watch. 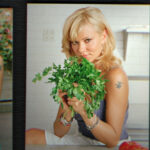 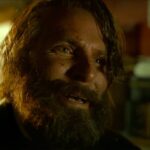