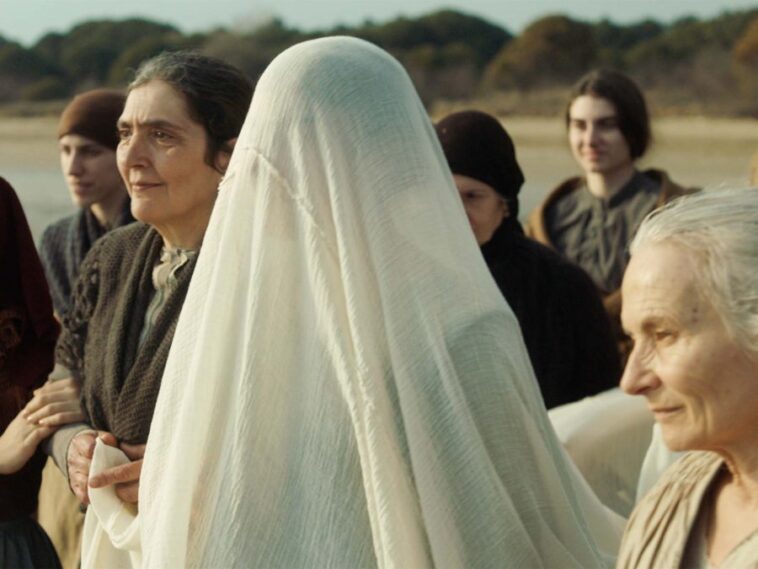 A grieving mother sets out to give her stillborn child a proper burial in Laura Samani’s affecting debut feature.

A dozen women of all ages circle a ghostly, white-linen-veiled figure in procession. They hum in harmony as the veil is ceremoniously removed to reveal a young, pregnant woman who silently walks towards the ocean. This immediate and confrontational introductory scene proposes the central thematic question of Small Body: will this mother sink or swim?

A portrait of determined motherhood in 1900s Northeast Italy, Laura Samani’s feature debut is a brooding and wandering mythopoetic tale. Alongside co-writers Nadia Trevisan and Alberto Fasulo, the director fashions a 20th-century folktale grounded in deeply religious roots that crowd the coastal community where Agata (Celeste Cescutti) lives. The constricting grasp tightens when Agata gives birth to a stillborn daughter who is taken and buried as she sleeps.

Thrown into pained mourning, Agata exhumes the small coffin and sets off to a mountain sanctuary that can miraculously allow her daughter one breath of life in which she can be named, baptised and laid to rest beyond a purgatory limbo. This individual narrative of bereavement has the atmospheric feel of a religious epic, a journey of grandeur laden with breathtaking imagery and pious symbolism. During Agata’s trek, she comes across Lynx (Ondina Quadri), a pale-eyed thief who becomes a wary travelling partner in this journey to salvation.

Following with a handheld camera, Samani captures the emotionally and physically exhaustive journey the pair embark on with faithful attention. With every step, their stoicism begins to crumble as they grow closer, connected by a shared rejection of their familiar communities. The tentative then intrepid performances of Cescutti and Quadri imbue Small Body with an augmenting maturity where Agata and Lynx stray further from the image of womanhood they have been corralled into. 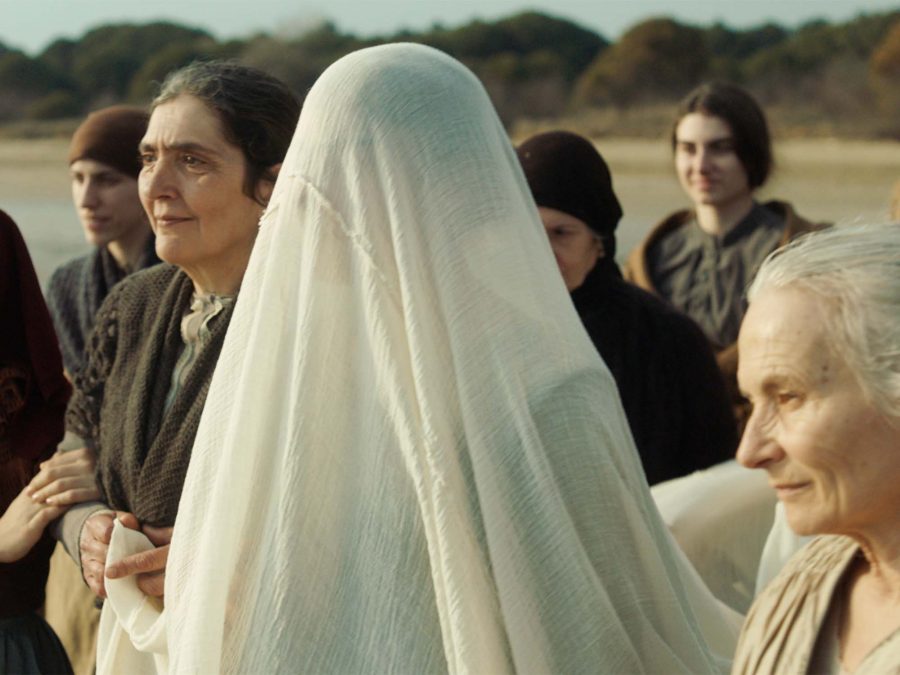 For a rumination on the plight of limbo, Small Body does fall into a limbo of its own. At the midpoint, the pace grinds to a halt. Floating from village to village, the transfixing intensity of this perilous journey wanes and an intriguing backstory about Lynx’s ostracisation is abandoned after superficial exploration. Even Agata is sidelined as conversations between Lynx and villagers are not translated, leaving her in the dark.

Light, particularly the absence of it, plays an important role in Mitja Ličen’s cinematography, whether it be the fading of lanterns or dappled sunlight dipping beyond the horizon. Agata’s hope appears like flickering candlelight, the flame dancing with the ever-present possibility of plunging her into the utter darkness and the hopelessness of grief. These emotional swells are emboldened by composer Fredrika Stahl’s haunting score that harmonises bird song, whistling wind, and angelic melodies with church-like ricocheting acoustics.

It’s an accomplished directorial debut, focusing on the power of faith and the strength of motherhood to become symbiotic beasts fighting for dominance in its hero’s mind during her quest for autonomy. 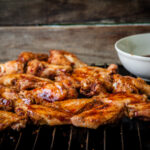 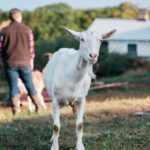