Jared Leto plays a terminally-ill scientist who accidentally turns himself into a vampire in this shockingly inept superhero saga.

When I first got into film criticism, I accepted that every so often I would have to watch bad movies. This is fine for the most part – so the old adage goes, they can’t all be winners, and often there’s some perverse pleasure to be drawn from settling down in the dark to witness something that transcends taste and decency to enter what I like to call ‘fun bad’ territory.

At the very least watching a truly awful film can make me feel grateful for the embarrassment of riches cinema can otherwise offer us. But every so often, I sit down and watch a film so artless, so lacking in craft or guile, I feel legitimately irritated that “burning the negative” isn’t possible since the advent of digital recording.

Morbius, the Living Vampire, aka Dr Michael Morbius, PhD, MD, started out life as a Spider-Man villain, but eventually earned his own spin-off comics. Born with a rare blood disease, he turns his preternatural intelligence into a career as a world-renowned haematologist while attempting to cure his own increasingly debilitating disorder. When we meet him in this film, Morbius has just been awarded the Nobel Prize – in the first of many baffling narrative choices, the film cuts away from Michael’s acceptance speech to a newspaper some days later, telling us he rejected his Prize with a very funny speech. Right then.

You see, Morbius doesn’t care about prizes. He’s fixated on finding a cure for the illness which afflicts him and his purported best friend Milo (whose name isn’t actually Milo, it’s Lucien, but Morbius couldn’t be bothered to learn it when they were in a Greek convalescence hospital, so now everyone just calls him Milo). Milo, played by Matt Smith, is a rakish socialite who bankrolls Morbius while receiving treatment from their doctor turned surrogate father, Nicholas (Jared Harris, who looks about as happy to be there as I was to see him mixed up in all this).

In an ethically questionable move, Morbius decides to splice together bat and human DNA in order to create a cure for his blood disease, and when the treatment appears to work on a lab mouse, he decides to use himself as a human test subject. This results in a horrific transformation aboard a cargo ship in international waters which leaves a pile of bodies behind and Morbius on the run. 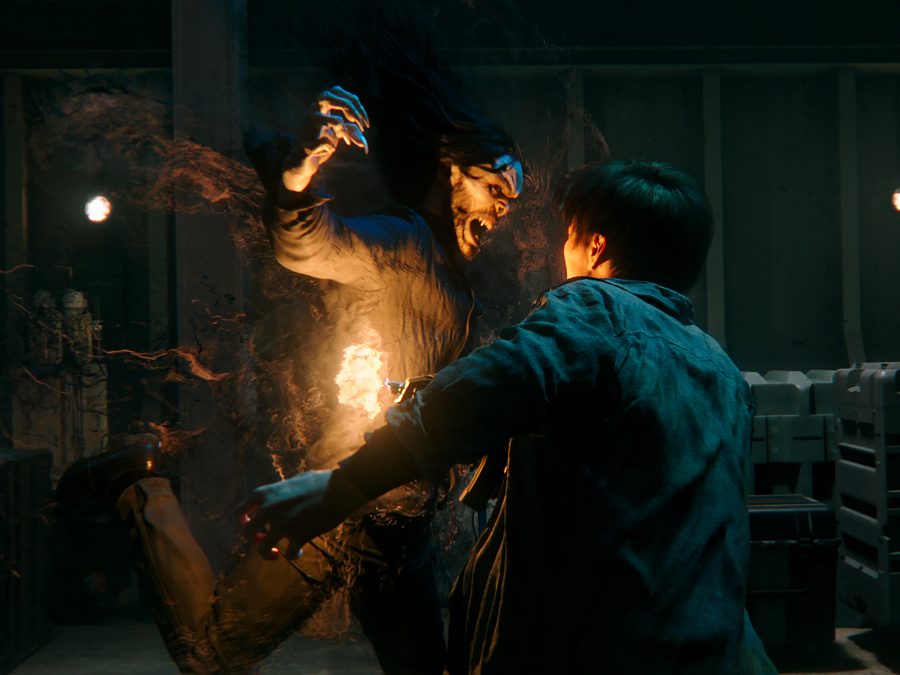 Despite the characterisation of Morbius as a Living Vampire, his taxonomy seems to more closely resemble Dr Jekyll and Mr Hyde. Initially he has no control over his ‘vampire’ persona and goes into a state of frenzy when hungry (though apparently knows not to chow down on his love interest Dr Martina Bancroft, played by Adria Arjona) but seems to become more able to control himself over the course of the film.