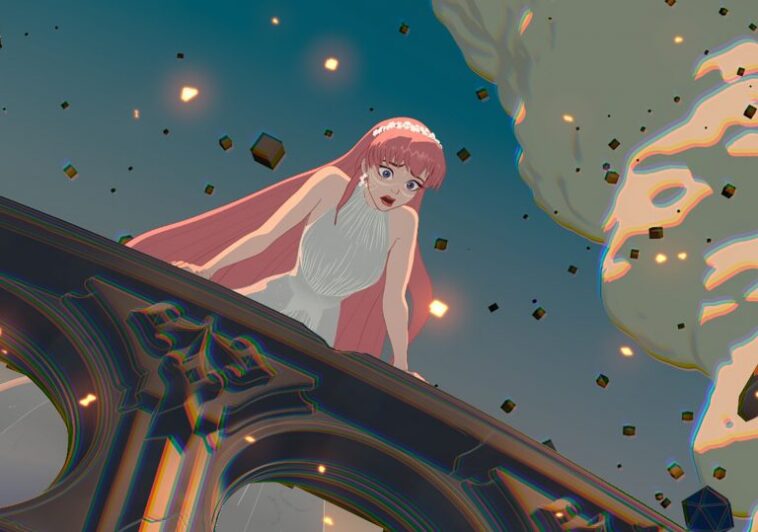 A tale as old as time gets a cyberspace makeover in Mamoru Hosoda’s reimagining of Beauty and the Beast.

In the virtual world of U, five billion users congregate to chat, sing and hang out, represented by ‘AS’ – avatars based on biometric information that reveals a person’s “true self”. Suzu, a nervous teenager traumatised by the death of her mother, is a new sign-up who quickly rediscovers her passion for singing when she reinvents herself as a pink-haired character with a stylish wardrobe and a powerful set of pipes. She amasses millions of followers in U, but to the real world she’s still shy, secretive Suzu, who has a strained relationship with her father and secretly pines after her childhood best friend, Shinobu.

This story forms the basis for Mamoru Hosoda’s charming feature, Belle, a riff on the classic tale of Beauty and the Beast (there’s even a sequence which directly pays homage to Disney’s animated version). While Suzu fights to keep her identity secret, she crosses paths with the much-maligned ‘Dragon’, a rather severe-looking avatar who is vastly unpopular in the game and hunted by a group called ‘The Justices’ who regard themselves as the law within U. Suzu feels immediate sympathy for Dragon, and tries to help him, despite the risk of being ‘uncovered’ by the Justices herself. Within this virtual world, the greatest punishment is having your real-world identity unmasked, and Suzu fears ridicule, but comes to learn that for some, having their offline and online worlds collide has far more serious consequences.

Belle is Hosoda’s most grown-up film in terms of subject matter, as it delicately tackles the serious issue of parental abuse while providing a vibrant, imaginative rendering of a digital world. Although the source material is familiar, this update for the internet age is sparky enough to hold interest, and the songs embedded into the film are memorable and enjoyable. Certain narrative choices don’t make particular sense, but given that most of the film takes place in a fantasy world, this can be overlooked to an extent.

More pertinent are the similarities to Hayao Miyazaki’s Spirited Away. It may be a cliché to refer to Hosoda as a potential successor to Miyazaki considering his connection to Studio Ghibli (he was supposed to direct their adaptation of Howl’s Moving Castle but dropped out in 2002 due to creative differences), yet it’s hard to deny in the case of Belle, which sees a beautiful young woman fall in love with a misunderstood young dragon.

Nevertheless, the story is in the telling for Hosoda, and there’s a whole lot of heart and soul in Belle. He dreams up a world that is easy to get lost in, from the imaginative character design to lovingly-rendered cartoon versions of social media platforms and video chat windows. Little touches such as a three-legged dog and a character sporting a pair of orange Crocs might go unnoticed, but it’s details like this which make the film sing. 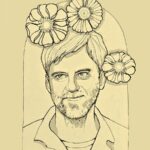 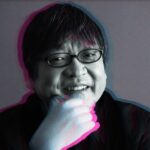