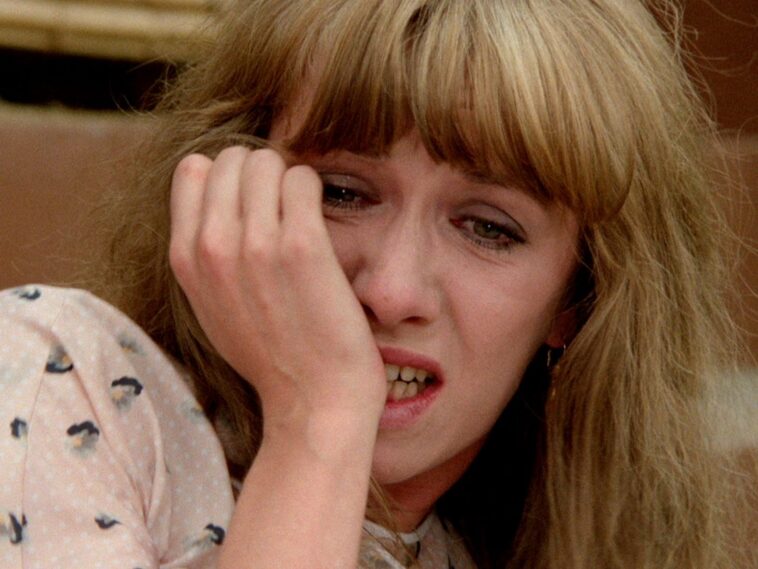 Shock opens with handheld footage of a house that has clearly been long uninhabited, even as removals men arrive with a family’s crates of belongings. This previously empty house is about to become a home again, at least temporarily, for Dora (Daria Nicolodi, never better), who had been living there seven years earlier until one day her junkie husband Carlo (an uncredited Nicola Salerno) vanished in a presumed suicide, leaving behind an abandoned boat, his pregnant wife and their unborn child.

Now for the first time Dora has come back to the place with seven-year-old son Marco (David Colin Jr), and with her second husband the commercial pilot Bruno Baldini (John Steiner). Dora appears to have recovered fully from the mental breakdown, amnesia and institutionalisation that followed Carlo’s disappearance. Yet there are signs that her adjustment to the expected rôle of housewife and mother remains incomplete.

For Dora burns their first dinner back in the new house, and accidentally knocks over the pot in which she is making Bruno’s morning brew – and as Bruno half-jokingly comments, “There’s nothing worse for a marriage than sending a husband off without his coffee”. Dora had suffered unspeakable trauma in this house, and her return is also a regression, immediately triggering nightmares and anxieties about a past that is not quite buried.

“Marco? Marco?”, Dora calls out, as she looks for her young son shortly after the family has arrived at the house. In his first appearance (and words) in Shock, the little boy playing in the yard will respond, “Marco – that’s my name.” It is a straightforward assertion of identity that the rest of the film will gradually complicate, as Marco proves very much his missing father’s son, with an emerging antipathy to his stepfather and a deeply troubling attraction to his mother.

When Bruno makes love to Dora on the couch downstairs, Marco is revealed declaring jealously from his bed upstairs, “Pigs! Pigs! Pigs!”. Later, when the next sequence shows Marco and Dora playing together in the garden and Dora falling supine to the ground, Marco hurls himself on top of her in a taboo imitation of Bruno’s previous sexual position (even if mother and son are fully clothed). Predictably, when Bruno is away for work, Marco also wants to take his stepfather’s place in the bed with Mama.

Explaining death to Marco, Dora says, “One goes away forever, but we’ll keep Daddy alive within us.” While Dora increasingly comes to believe that Marco has been possessed by the revenant Carlo, the film maintains the possibility that Marco’s Oedipal behaviour is of a more straightforwardly Freudian variety, in a household fraught with unspoken guilt and psychological tension.

In fact Dora, whose own visions of Carlo come eroticised with an alarming necrophiliac edge, has an actual psychiatrist on hand to rationalise her experiences. In the face of Dora’s paranoid ravings about the house being haunted and the ever more unruly Marco being possessed, 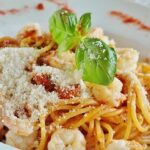 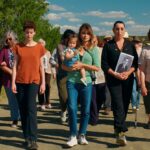