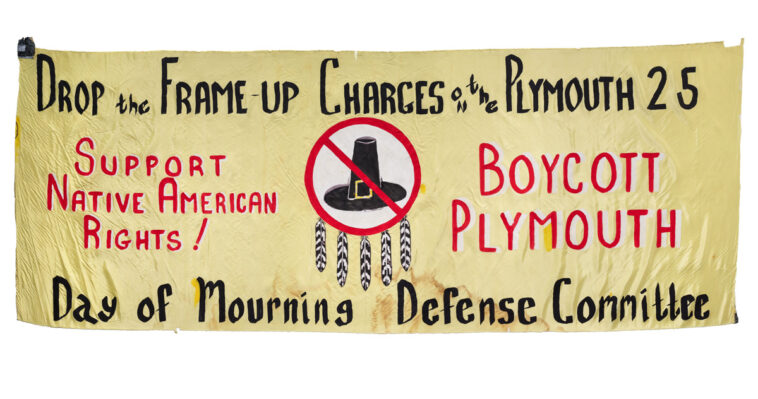 Is there room in Americans’ Thanksgiving celebrations for both thankfulness and mourning?

That challenging question arose as my colleagues and I took a new look at encounters in the 1600s between English Pilgrims and the Wampanoag people in eastern Massachusetts. A showcase exhibition, titled Upending 1620: Where Do We Begin?, now shares our findings—and our questions—near the National Mall entrance to our museum.

The exhibition re-examines a familiar Pilgrim story, in which a small group of pious English, fleeing the authority of the established Church of England, crossed the Atlantic on the ship Mayflower to worship as they saw fit. They suffered a devastating New England winter, but those who survived providentially found help from the Wampanoag, who taught them to grow corn and shared other vital skills.

In the fall of 1621, the small English community gathered to celebrate the harvest and give thanks to their Maker for their survival. Together with local Wampanoag, they held a harvest feast. It was several centuries later that other European Americans would dub that gathering the “First Thanksgiving,” marking it as the apparent forerunner of the national holiday most Americans still observe today. 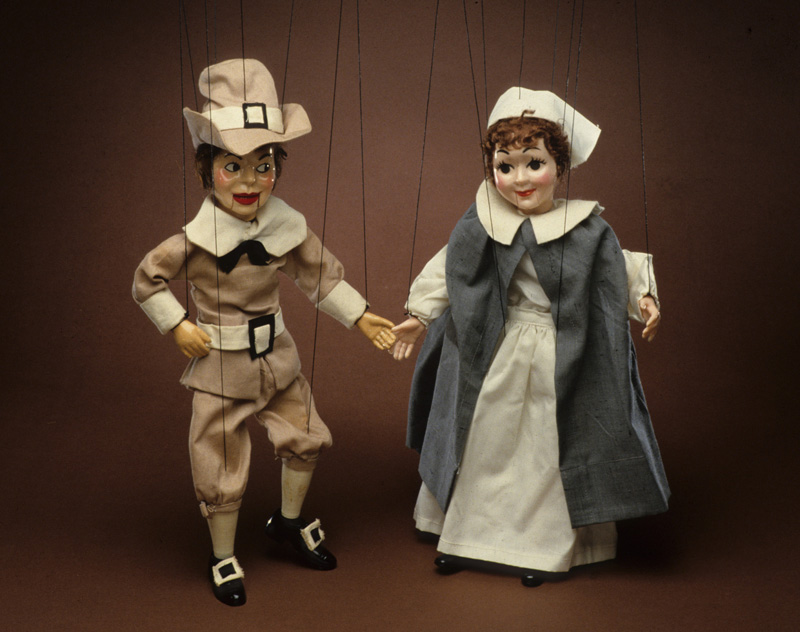 These wooden marionettes appeared in a televised version of the Pilgrim story, broadcast in Kansas City during the 1940s. Americans learned a story of the so-called “First Thanksgiving” from magazines, books, school pageants, stage-plays, and other popular media. Americans of different backgrounds—and far from eastern Massachusetts—might learn to think of the small, English colony there as an important part of their history. (1980.0910.03-04)

In fact, many later Americans elaborated the Pilgrim story as if it represented U.S. history as a whole. Not always concerned with accuracy, the storytellers pressed these events from the 1600s into an origin myth for the entire nation.

They got things wrong; the Mayflower passengers rarely called themselves “Pilgrims,” and their contemporary records make no mention of landing on a great “rock” in Plymouth Harbor. Far more consequentially, they disregarded the Wampanoag perspective and excluded the devastating events that followed in the years after 1621.

Freezing history at a moment of harmony and reciprocity, the Pilgrim story has carried great appeal. Yet the shared joint feast of gratitude was never repeated, and within a few decades the influx of English immigrants created intense pressure on Wampanoag lands. English incursions resulted in fierce conflict and left severely weakened Wampanoag societies. The victorious English even sent some captives of war into enslavement in the British West Indies. Only through highly selective memory, then, could later storytellers use Pilgrims and Wampanoag to rationalize their own generations’ continued acts of expansion into indigenous lands in the American West. 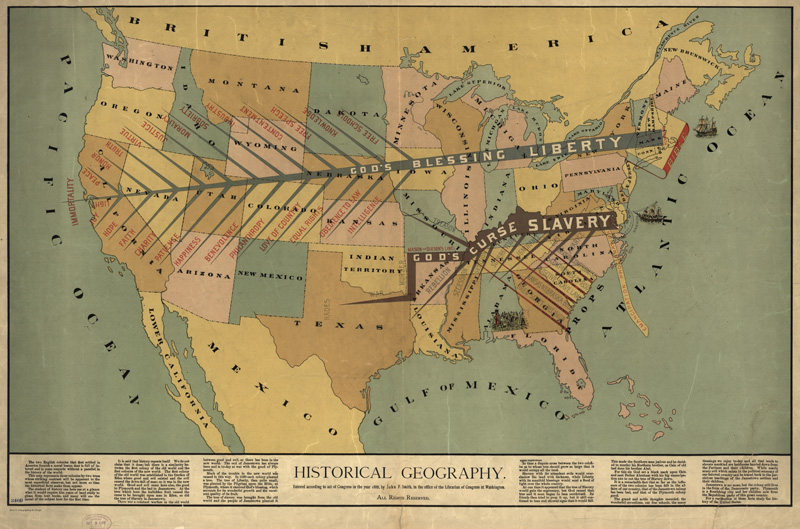 This 1888 map illustrates how some Northerners imagined Plymouth, Massachusetts, as a noble and religious starting point for the United States, contrasting with a Southern society begun at Jamestown, Virginia, and rooted in slavery. Identifying the Pilgrim colony with the westward movement of “freedom,” such maps rationalized the nation’s continued expansion into Indian Country.  » Read More 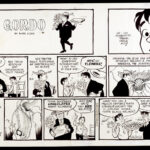 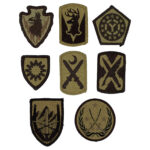