Eater has been recognized by the American Society of Magazine Editors (ASME) in the 2022 National Magazine Awards, as a finalist in the category of Lifestyle Journalism for Filling Up, a celebration of all the sweet, salty, crunchy, and caffeinated ways Americans eat at gas stations.

In the 15-story package, Eater explored the ways in which these iconic pit stops keep our literal and metaphorical tanks full. The dynamic mix of stories included a historical dive into the vital role gas stations played for Black motorists in the segregated South; a tour down a traffic-packed, food truck-lined stretch of Austin dubbed “Taco Mile”; and the California Mobil station that houses one of the region’s most popular (and delicious) restaurants plopped in, of all places, Yosemite National Park.

Eater previously won National Magazine Awards in 2016 and 2017 for the Eater Guide to Surviving Disney World and the Eater Guide to Paris, respectively, and was a finalist in 2018. This year’s ASME winners will be announced at a presentation on Tuesday, April 5. In the meantime, check out the full list of Vox Media nominations and explore Filling Up. 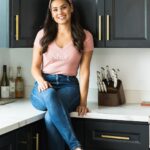 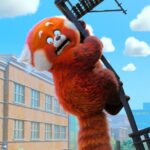