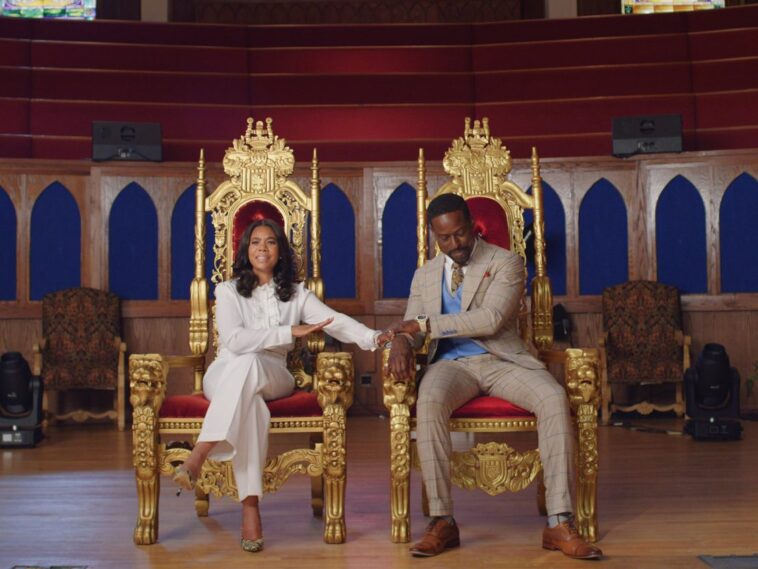 Beyond the shallow corporate language of “diversity” and “representation”, there is something much more valuable – cultural understanding. More than simply putting Black and Brown faces in front of the camera, films that demonstrate a real understanding of the culture its portraying have real, lasting value. Adamma Ebo’s Honk for Jesus. Save Your Soul is one of those films, giving a thoughtful glimpse into Southern Baptist culture, zeroing in on the predatory nature of megachurches and the celebrity pastors who drain money from their congregations to fuel their lavish lifestyles.

It’s a very specific story, likely alien to those with no connection to the Southern Evangelical community in America, and Ebo doesn’t go out of her way to spell everything out. Despite premiering at Sundance in front of majority-white (virtual) audiences, Honk for Jesus. Save Your Soul. refuses to spoon-feed its subject matter to the incurious viewer.

Told in both mockumentary and straightforward dramatic style, Ebo’s debut feature chronicles a few days in the life of Pastor Lee-Curtis Childs (Sterling K Brown) and his wife Trinity (Regina Hall) as they plan their comeback in the wake of sexual assault allegations. The allegations are against Lee-Curtis, but most of the work involved in their rebrand falls on Trinity, nicknamed “First Lady”, who bears the brunt of her husband’s reckless and predatory behaviour. Their church, Wander the Greater Paths, is haemorrhaging followers threatening to put an end to Lee-Curtis’s career and the decadent lifestyle he and Trinity share.

From the beginning, it’s clear that Trinity is a woman at the end of her rope dealing with a man unable to see beyond his own needs and desires. She put all of her eggs in one basket, and now they’re rotten and the basket is coming apart. Making matters worse, there’s an up-and-coming church called Heaven’s House run by married pastors Shakura (Nicole Beharie) and Keon Sumpter (Conphidance) that’s been poaching their congregation.

Not only are the Sumpters young and likable they have something their elders do not – a happy marriage. The juxtaposition of the two couples pokes holes in the way our Black elders view what a good Christian relationship looks like. While the Sumpters preach together, sharing the stage equally, Trinity sits behind Lee-Curtis on stage, seen but rarely heard.

As Trinity, Hall is on another level, perfectly embodying the kind of woman who has dedicated her life to looking after a man too selfish and misogynistic to realise how much he needs her. She’s a master of the fake smile, hiding her feelings under an expensive church hat. But despite her marital struggles, Trinity is still complicit, putting her own needs ahead those of her husband’s victims. Brown rises to meet Hall, embodying the self-aggrandising hypermasculine Baptist man.

With his chiseled physique, expensive suits, and sed 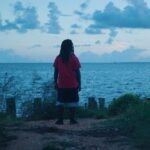 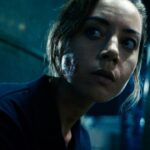