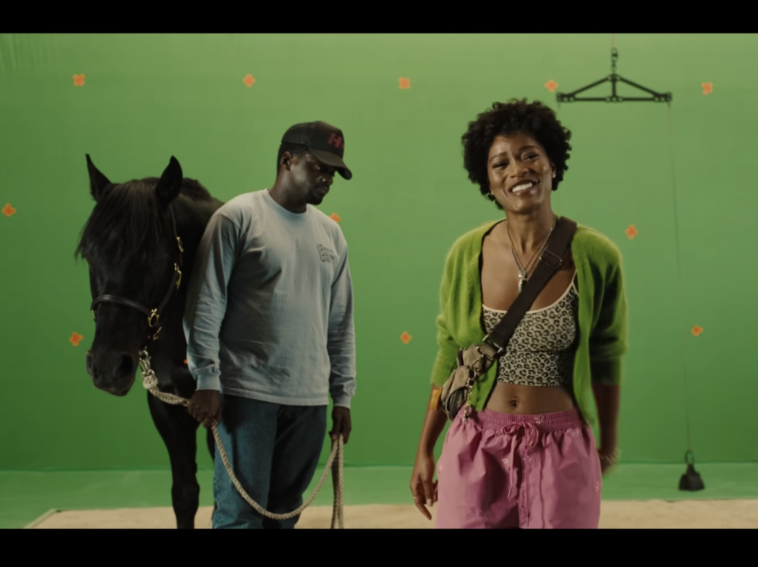 Acareer comedian before going full-time filmmaker, Jordan Peele knows the importance of holding your audience. His two films reel viewers in with a hook and then keep them engaged with a twist: a visit to meet your psycho white in-laws turns out to be a grotesque ritual involving hypnosis and body-swapping, and an attack from doppelgängers is revealed to be the first phase of a revolution by an American shadow-population.

And so as we prepare for the release of his rabidly anticipated third film, teased by a new trailer on this morning of Super Bowl Sunday, we’re left to wonder what he’s got in store with the enigmatic Nope. Though this time around, the spot leaves us in the dark on both levels, giving up neither the setup nor its secret underlying nature.

The clip opens with a commercial for the Haywood Ranch, where the two young owners (Daniel Kaluuya and Keke Palmer, seemingly portraying siblings) rent out their stable of steeds as the only Black-owned horse trainers in the biz. They seem to have it pretty good in their idyllic inland pocket of Californian country, until something — a sinister cloud, perhaps? — arrives to put them both in grave danger.

Somehow figuring into this puzzle box of terror: a rodeo emcee played by Steven Yeun, a motorcyclist with a reflective helmet and a camera setup, a woman with a severely deformed face, a crab, and a forebodingly drippy hand. The mention of the early Muybridge filmstrips, in which an unnamed Black jockey (claimed by Kaluuya and Palmer’s characters as a distant relative) rides a galloping horse, suggests that this could be a commentary on the history or current state of cinema. The two leads are, after all, in the industry.

At this early juncture, the only thing to be sure about is another original, singularly chilling vision for the horror genre. But hey, if Jordan Peele can teach the people of America who Eadweard Muybridge is with just a commercial, that’s already a win.

Nope comes to cinemas in the UK and US on 22 July. 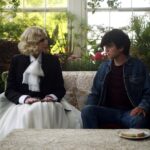