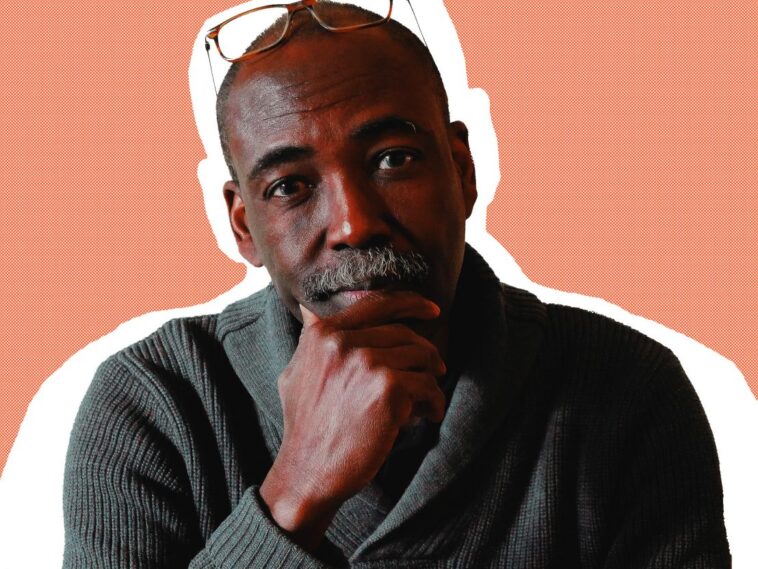 The legendary Chadian director speaks candidly about reproductive rights in his home country and supporting the next generation of filmmakers.

As the first feature filmmaker from his homeland of Chad and the first Chadian director to compete and win prizes at Venice and Cannes, Mahamet-Saleh Haroun is no stranger to breaking new ground. His most recent film Lingui, the Sacred Bonds is the latest in a long line of the writer/director’s pioneering tradition, turning to women protagonists for the first time in Haroun’s six-feature back catalogue and grappling with the thorny – and illegal – question of abortion in contemporary Chad. This is untrodden territory for both Haroun and the film landscape more broadly, but the unknown is – in a way – Haroun’s comfort zone.

Lingui may be the director’s first film to centre female characters, but the plight of women struggling against Chad’s rigid and unforgiving reproductive laws has been at the forefront of Haroun’s mind for years. “I was reading a newspaper article about a new-born baby who had been killed and thrown in the garbage,” Haroun remembers. “Two weeks later, the same subject appeared again. It was commonplace: every two weeks, three weeks, one month. It reminded me of [an incident] when I was a child, when we found a new-born in the public toilets. He had been killed and I was really traumatised. And so several decades later, when I read this article, I said to myself: ‘Well, the tragedy is continuing. So maybe I have to do something’.”

The result is an intimately told tale of female resilience and struggle: Amina (Achouackh Abakar Souleymane), a hard working mother and practising Muslim, is horrified when she discovers her 15-year-old daughter Marie (Rihane Khalil Alio) is pregnant – not least because she herself was an unwed, teenage mother – but pushes aside her moral and legal quandaries to procure Marie the abortion she so desperately wants. Shot using non-professional actors in Chad, Haroun’s naturalistic approach lends the film an evocative, heady physicality: sweat drips down faces and feet slap against the hard ground as these women work for and run after and hold each other, the fact of their bodies inescapable and entirely their own. 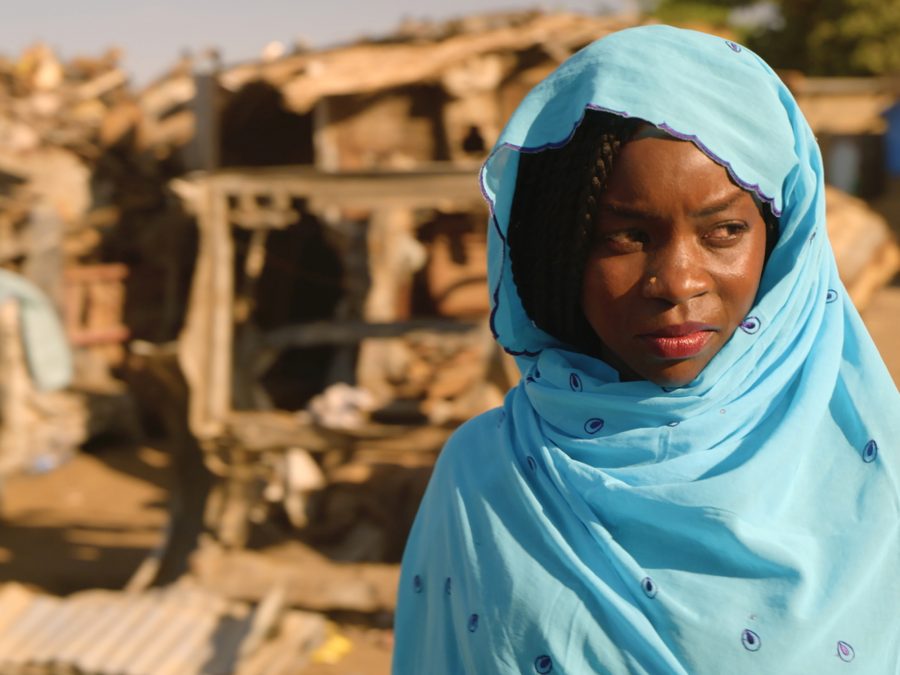 “It’s a question of the body – the female body – in these spaces,” Haroun says. “How would it exist without the pressure of the patriarchy and its power? Traditional beliefs, political power, religion: women have to struggle against all these fronts.” In one subplot, Amina’s small niece is on the cusp of being circumcised (“The patriarchy wants to make the female body property: I wanted to show that it starts from the beginning, from when they are just children,” Haroun explains); elsewhere Amina is told to cover up by her imam while in her own home.

Yet for all its latent violence, the patriarchy in Lingui is framed first and foremost through female resistance, through the eponymous ‘lingui’ – a Chadian word meaning irrefutable bonds – that create networks of fierce solidarity between women. 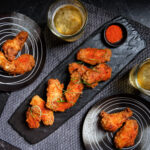 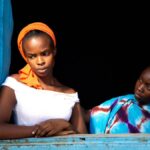