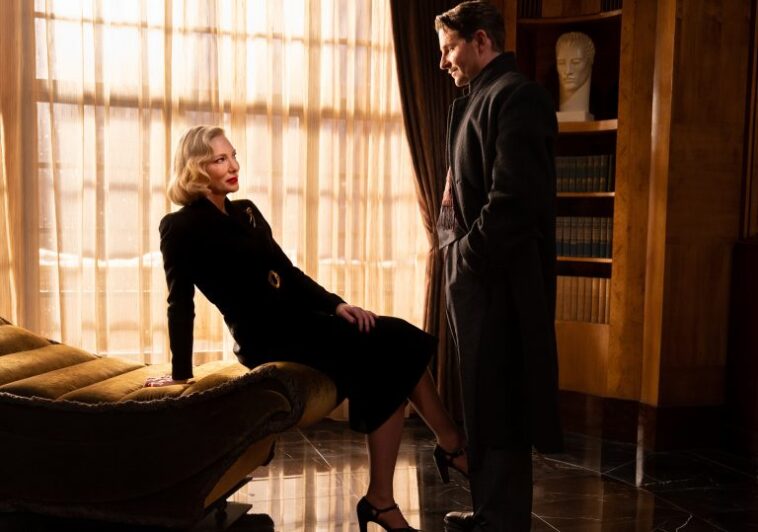 The great Guillermo del Toro returns with this deliciously-dark tale of a circus huckster who takes things too far.

Film noir is cinema’s crucible of high cynicism. Its anti-heroes travel down plot arcs that plunge them into literal and figurative darkness, and tragic characters often end up swinging from the noose of hubris. Guillermo del Toro’s sensibility of twisted fairy tales seems a perfect fit for the genre beloved of the classical Hollywood era, where his heightened aesthetic and dark morality can reach new heights.

His new film, Nightmare Alley, appeals to his eye’s best instincts. The first half is filled with dusty-jewel tones, vaudevillian ghoulishness and Terrence Malick-esque landscapes. The second half offers up art deco grandeur, carefully manicured gardens and spectacular gore. It’s a feast of a film, with architectural precision and lush texture in every shot. But some of his visual metaphors can be a little heavy-handed, as the dualities spelled out in mirror and shadow often hold for a beat too long, which becomes increasingly frustrating in a film which takes its own sweet time.

Adapted from William Lindsay Gresham novel with co-writer Kim Morgan, Nightmare Alley follows a familiar rise and fall of Stanton Carlise (Bradley Cooper) a dashing transient who starts the film torching his rural shack and setting out with just a bag and a radio. He comes across a carnival run by Clem Hoatley (Willem Dafoe) and finds work and community with performing psychic couple Zeena and Pete (Toni Colette and David Straithairn), electricity-wielding Molly (a painfully bland Rooney Mara) and an assortment of stylish if thinly drawn “carnies”.

Learning mentalism skills from an ailing Pete, he sets out on a path to greatness, but fails to heed a plethora of warnings. Del Toro seems to view the source material as a sacred text and places heavy intensity on Stanton’s rise-and-fall journey, evoking everything from Oedipus to Faust. And the film, set in the late 1930s and early ’40s makes wonderful use of its period setting, beyond the exquisite costuming there is a feeling of living through a cursed time in history. Where the scars of World War One are still raw as America plunges headlong into another conflict. Where moral puritanism abounds, but so does unmitigated sadism.

Bradley Cooper has the timeless bone structures that feels plucked from Edward Goulding’s 1947 adaptation, but his Stanton is more brittle than the one played by Tyrone Power. Where the book and original film see Stanton slowly succumb to his worst instincts, Cooper has more distinct breaks, but his attempt to drum up some chemistry with Mara sadly fall short. Mara’s Molly is given more screen time than in the previous film but does little with it beyond looking on in wide-eyed horror in a series of handsomely accessorised outfits.

Far more impressive is Cooper’s chemistry with the seductive, manipulative psychologist Dr Ritter played with peerless poise by Cate Blanchett. The moment Blanchett enters the frame she seems to set it alight. 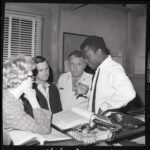 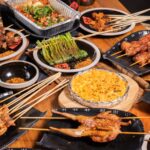