When Mirisata, the vegan Sri Lankan pop-up, announced its plans to open a SE Belmont restaurant, the ownership team noted that the business would be worker-owned — in other words, a co-op. At the time, there were very few truly worker-owned restaurants in Portland, if any; since then, other bars and restaurants have played with versions of worker ownership, from places like Ripe Cooperative and Kachka offering profit sharing to Workers Tap’s fully democratized ownership model.

But Mirisata isn’t exclusively run by worker-owners. Worker-ownership is only eligible for employees working more than 32 hours per week at Mirisata, and new full-time employees need to stick around for a six-month trial period before officially becoming worker-owners. Plus, not every employee is interested in the responsibilities or commitment of becoming a worker-owner. So, last week, a group of Mirisata’s employees did something unusual within the co-op world: They unionized.

On February 16, a group of part-time and worker-owner candidates presented the worker-owners of Mirisata with signed union authorization cards and a letter of voluntary recognition. Ownership agreed to voluntarily recognize the union, which means they don’t have to file for an official election with the National Labor Relations Board.

According to current members, the Mirisata Workers Union has yet to solidify its official list of demands or bargaining goals. However, multiple employees have communicated shared hopes for the future union contract, including health and safety protections for employees, as well as negotiating power when scheduling shifts. Multiple employees also mentioned a desire for some sort of paid time off, wage increases, and improvements to working conditions.

“As someone who has worked in many restaurants, I want people to feel seen and respected, and I want them to feel like they have job security,” says Tonya Abernathy, a back-of-house employee at Mirisata. “We really all love working together, we enjoy every single person that’s there, we are just seeking to create a cohesive way to work together so that everything goes smoothly and everyone has what they need in terms of hours, in terms of money, in terms of rest.”

According to the Mirisata Workers Union, the restaurant is currently evenly split between restaurant worker-owners and non-ownership; the union plans to represent all current non-owners and future employees who opt out of ownership. Members of the MWU have a certain self-awareness regarding the nature of the union — in a press release, line cook Hannah Gioia notes that the choice to pair a workers union with a business cooperative is “counter-intuitive.” However, union members have emphasized that the desire to unionize is an attempt to create a greater equity between worker-owners and other employees.

“It’s definitely unique for a union to form at a cooperatively owned business. But because of that unique circumstance, it’s even more necessary,” says Jesi Bonoan, a front-of-house employee at Mirisata. “A lot of lines are blurred in a structure like this. … The restaurant was founded on this premise of being democratic and worker-first, 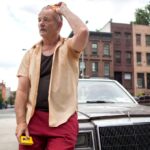