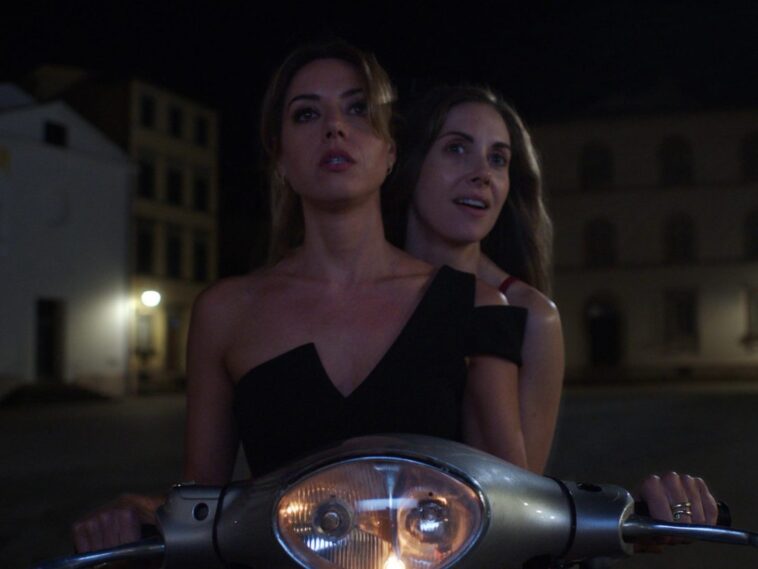 A talented cast including Alison Brie and Aubrey Plaza can’t save Jeff Baena’s Italian sojourn from taking a sour turn towards the tedious.

Amber (Alison Brie) wants her Eat Pray Love moment, and after her boss recommends her for a managerial program in Italy, it seems like she just might get it. For nine years, she’s clocked in as the straight-laced manager of a casual dining chain restaurant called Tuscan Grove, a not-so-subtle Olive Garden parody. “Pasta la vista!” read the employee badges. The trip poses new dreams to Amber after she once tried to open her own restaurant—one of many potentially interesting threads that Spin Me Round introduces, then drops for a disconnected series of bits that never coalesce into a compelling narrative.

Things start promising enough as Spin Me Round plays with Amber’s expectations of a life-changing sojourn. The program enforces a strict curfew, preventing any late-night intrigues. Dreams of staying at a grand countryside villa get usurped by a drab hotel next to train tracks. “So much… brick,” another program attendee coos. Even the picturesque Italian scenery seems flat as Amber finds her romantic quest relegated to cooking demonstrations and hotel lobby parties. So far, so hum-drum, until the revered CEO Nick Martucci (Alessandro Nivola) arrives with his worldly assistant Kat (Aubrey Plaza, abhorrently underused). Nick takes a keen interest in Amber, whisking her away from the retreat to his yacht where he disarms her with probing personal questions. Ethereal music and double exposures accompany her trance. She swoons.

Brie and director Jeff Baena co-write the script and mine that particular brand of cringe comedy that fits the Duplass Brothers Productions stamp. They find their greatest moments in that slow realization that all your new co-workers are oddballs, like the American program leader who desperately wants to be Italian or the volatile oversharer who divulges her sex life at a pin’s drop. A strong slate of supporting cast members liven up the first act’s improv feel: Molly Shannon, Tim Heidecker, Ayden Mayeri, Zach Woods, Debby Ryan. Small zooms and a whimsical Muzak-esque score accentuate the humor, to diminishing returns.

Nick kickstarts the film’s wider plot, as Amber embarks on a whirlwind romance, then harbors suspicions that something’s amiss at Tuscan Grove. His arrival also signals Spin Me Round’s nosedive in quality. Character arcs dissipate into thin air. Amber’s desire for connection never delves below the surface, and her relationship with Nick is so quickly drawn that it’s unclear why she keeps obsessing despite red flags. Even more frustrating is how the film teases attraction between Amber and Kat before abruptly discarding the latter. (Plaza fans, beware how little she actually appears in this.) 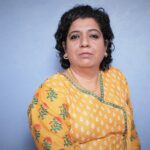 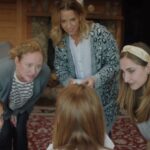