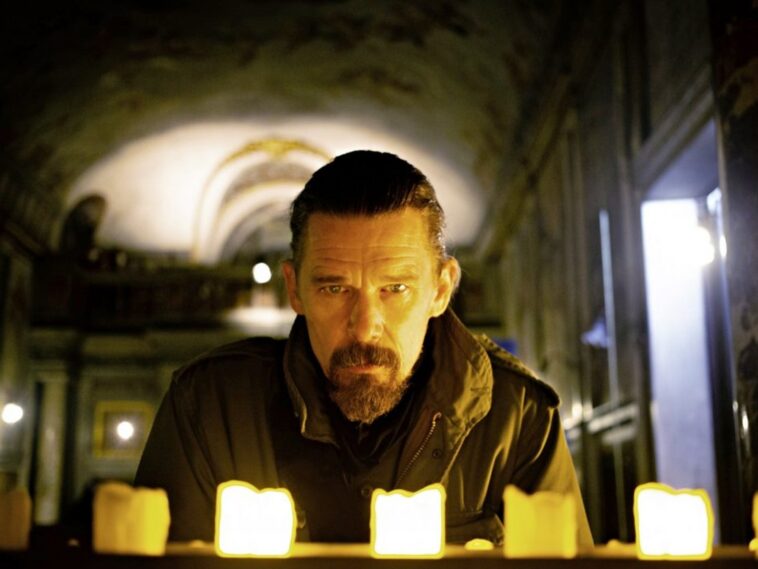 Masked, armed and uniformed American soldier J.J. (Ethan Hawke) is in the middle of a nocturnal, locked-down Rome under explicit threat of explosive terrorist attack. For purposes that are never entirely clear, he shoots – with his camera rather than gun – potential target buildings and other things and people that he encounters in his infernally circular travels through the city, and uploads the digital footage, whether as part of his official mission or covertly, to remote observer Stephen Gurewitz (played by Stephen Gurewitz, literally zooming his performance in).

On this long dark night of the soul, J.J. meets military colleagues, a Mullah (Babak Karimi), Chinese black marketeers, Russian agents (including Ferrara’s wife Cristina Chiriac), a spokeswoman for the Church (Carla Cassola) and a homeless heroin addict (Mahmut Sifa Erkaya) – although we know, not least because Hawke tells us this in a filmed introduction, that J.J. has a parallel mission to find his missing revolutionary brother Justin (also played by Hawke), who has left behind a lover (Valeria Correale) and baby (Angelo Lucariello).

Abel Ferrara’s latest feature Zeros and Ones starts out as a paranoid international thriller set at the heart of Catholicism, but quickly shifts into more abstract cinematic terrains. For much as it is named for the constituent elements of digital code that reduce everything to simple binaries, the film, itself shot digitally and featuring multiple intradiegetic layering of digital media, constructs its world – an artificial simulacrum of contemporary reality – from all manner of dualities. Ferrara is revealing a murky, mediated conflict between East and West, Christianity and Islam, man and woman, rich and poor, fascism and freedom, soldier and civilian, Covid-positive and -negative. From all this, he fashions a messy mosaic of post-9/11, mid-pandemic anxiety. 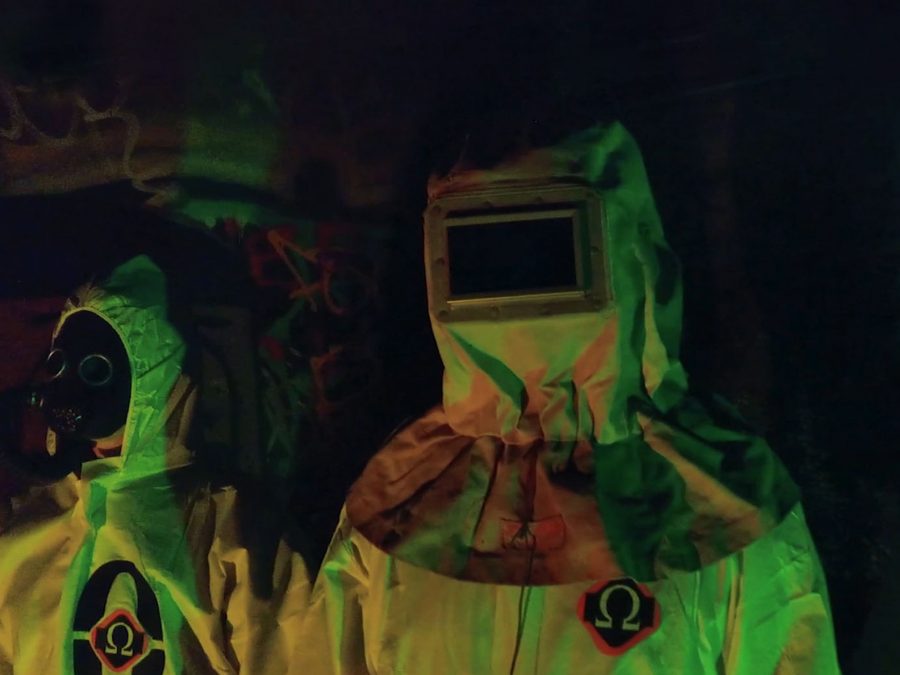 “The 3000-year war,” J.J. says in voice-over, of the struggle in which he has become embroiled, “Jesus was just another soldier, another war casualty. But on whose side?” J.J.’s own dualism – his inner conflict – is embodied both by his relationship to his twin brother (himself falling somewhere between Jesus Christ and Charles Manson, a martyr either to messianism or to mass murder), and by his own apparent double agency, as he navigates the blurring lines of a battle in which it remains unclear who is the real enemy. Shot in an eerily depopulated, quarantined Rome under a crescent moon, J.J.’s increasingly surreal adventures are ultimately a journey inwards – a psychological, political and spiritual trip through the soul of 21st-century humanity, lost in the dark.

Shooting frenetically, cinematographer Sean Price Williams’ camera captures a shadow world where everyone is under shrivelled, where everyone wears a mask, where God hides, where money talks, where we all have the power to be Christ or the devil, and where even the darkest night is followed by the bright light of day. Zeros and Ones is not easy to love. On the contrary, it is a prickly, difficult, even impenetrable mash 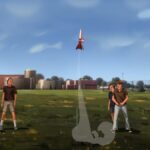 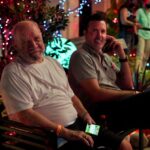