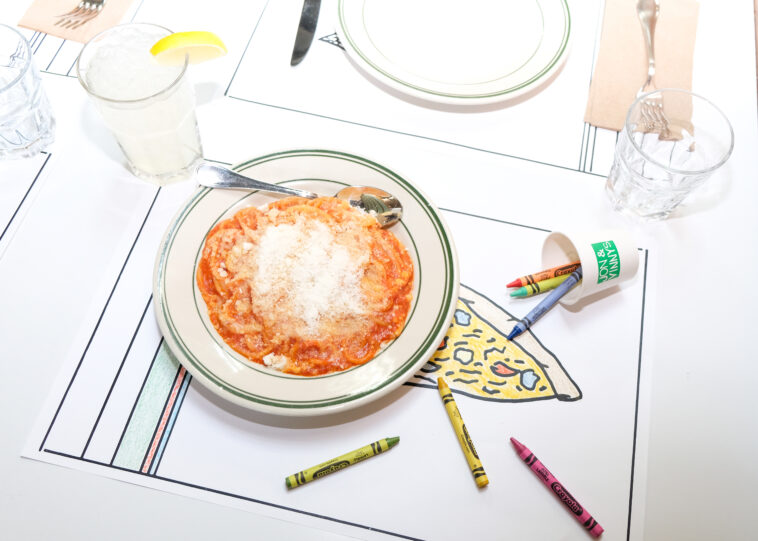 To be from the Maghreb and Mashriq — or what is, to many Western minds, the regions of North Africa and the Middle East, respectively, where Arabic is widely spoken — is to have a mental list of which borders you can and cannot cross. I know where to ask to not get my passport stamped, where I need to travel on a second passport, and where I can’t go at all.

To be from this part of the world is also to know that as much as borders can separate communities that mixed freely before the advent of the nation-state, those same borders do not always apply to food or culture. Throughout the Maghreb and Mashriq — which encompass regions from Morocco to Iraq, as well as the countries of the Arabian Peninsula further to the south — the use of certain ingredients will change, techniques shift or evaporate altogether. This gamut has nothing to do with today’s borders — and everything to do with climate, trade, empire, and taste.

Although the vast majority of food and cookbook writers still choose the national framework when writing about the food of the Arabic-speaking world in everything from features to the latest Phaidon one-stop shop for {Insert-Country-Name-Here} book, there’s an increased awareness of the problems of national cuisines — posed first by Claudia Roden in her 1968 classic A Book of Middle Eastern Food, with its focus on Egypt, Lebanon and Syria; and more recently in critical volumes like Making Levantine Cuisine. A growing cadre of cookbook writers, such as Greg and Lucy Malouf, now look to a regional framework, featuring dishes from places as disparate as Morocco to Iran.

The Arabesque Table, Palestinian writer Reem Kassis’s recent follow-up to her 2018 cookbook The Palestinian Table, upholds this regional narrative of the gastronomic Arab world: one that is borderless because, as she writes, “the very idea of a national cuisine is a relatively recent construct, rising only in the 18th and 19th centuries with the rise of the nation-state.” With a title inspired by the design of Kassis’s kitchen table, The Arabesque Table purports to draw on the food cultures of everywhere from Iraq to Morocco and occasionally relies on historical record, including the 10th century Kitab al-Tabikh (Book of Cooking),​ and 15th century Kitab Wasf al-At’ima al-Mu’tada (Book Describing Foods That People Are Accustomed To). The book will expose previously uninitiated audiences to the everyday cuisine of people in present-day Palestine, Syria, Lebanon, and Jordan, like the classic maqlouba. To a much lesser extent, it will also introduce them to occasional recipes from Iraq (like ’amba, a pickled mango sauce); Sudan (a rendition of mutabal with peanut butter added to it, although it is not necessarily called mutabal in Sudan); the Maghreb (mostly represented through the inclusion of preserved lemons); and dishes that are closer to what turns up in contemporary American recipes, 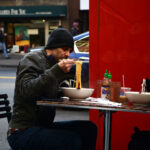 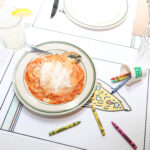