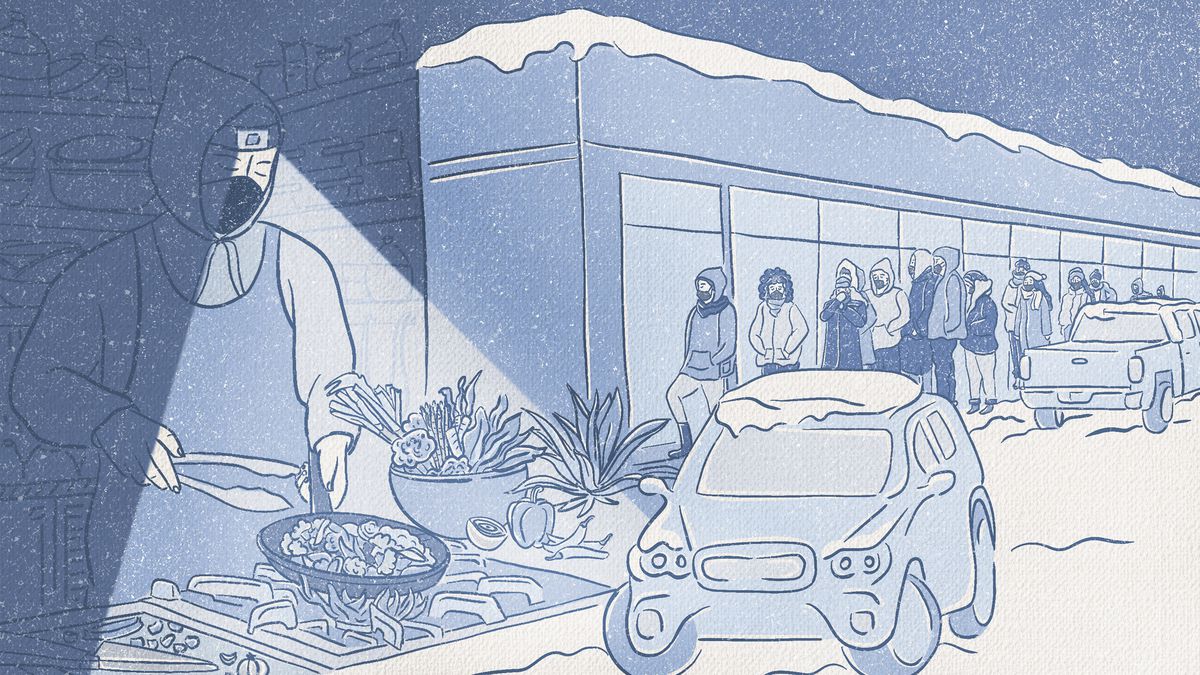 In February 2021, Winter Storm Uri devastated Texas, leaving 246 dead (a number that is likely an underestimation), 70 percent of the state without power, 50 percent without water — and many with a story of survival. Snow, ice, and freezing temperatures hit an underprepared Central Texas, leaving the region immobilized. Thousands of people suddenly didn’t know how to get their next meal. Who could they turn to?

An audit report from the City of Austin on the response to the winter storm found that the city was not sufficiently prepared and didn’t implement recommendations from previous disasters, like developing a staffing plan for emergencies. Furthermore, the report found the city did not communicate effectively with Austin residents in the days leading up to the storm, resulting in confusion for both citizens and on-the-ground city employees.

Austin’s food community stepped up even while navigating its own struggles. At the time, there were some 10,000 new cases of COVID-19 being reported daily in Texas, and vaccines were not yet available to the general population. Restaurants were limited to 75 percent indoor dining capacity to mitigate virus spread, and many of them were betting on Valentine’s Day events for income after a terrible year. Restaurant workers watched those plans dissolve when the storm began and cancellations started rolling in. Still, they were determined to feed people — even if that meant cooking in the dark.

The storm pummeled Austin from Saturday, February 13 through Wednesday, February 17, and the frigid temperatures wouldn’t abate until Saturday, February 20. Even after celebrity chef José Andrés’s crisis team World Central Kitchen (WCK) parachuted in and freezing temperatures relented, restaurant workers continued to provide meals to the large swaths of people who needed them. Eater interviewed some of the people who led the effort to keep Austin fed during and after Uri: A handful of public relations professionals, restaurant veterans, library-associates-turned-city-disaster-responders, and others share their experiences of the Texas storm.

These interviews have been lightly edited for clarity.

Before the storm. Texas Gov. Greg Abbott issued a disaster declaration on Thursday, February 12, but city communications were inadequate and news coverage was more focused on staying off roads, rescheduling vaccine appointments, and possible power outages than obtaining supplies.

Jane Ko, blogger, A Taste of Koko: I think all of [my friends] were like, “Oh my gosh, so exciting, a snow day!” I feel like the city had gently recommended you should get supplies.

Katrina Townsend, Austin Public Library associate and former food unit lead for the City of Austin’s Emergency Operations Center, responsible for feeding anyone in the city’s care, particularly those staying in a hotel,