Watching Kaizō Hayashi’s To Sleep So as to Dream involves also watching The Eternal Mystery, a silent melodramatic chanbara in which the ‘Black Mask’ strives to rescue the beautiful Princess from an armed gang of abductors. Indeed Hayashi’s stylised feature debut from the mid Eighties opens with a private screening of that antique actioner, projected in the living room of ailing old Madame Cherryblossom (Fujiko Fukamizo) – although its final reel of revelation and reconciliation is missing.

If The Eternal Mystery is an artefact from a bygone age, it also marks a certain changing of the times, as in its climactic sequence we see the Black Mask swapping his traditional samurai sword for a modern, western pistol. Conversely, To Sleep So as to Dream, though set long after The Eternal Mystery was made, clings to many of the film-within-a-film’s necessary conventions. For it too is in black-and-white, with its performances hammily gestural, and its dialogue reduced to intertitles – although other sounds, like a telephone ringing, singing on the radio, the knock on a door or a message recorded on tape, have been post-synchronised in acknowledgement that Hayashi’s film occupies a different world from the film that it contains and reconstructs.

In fact To Sleep So As To Dream plays out like a remake of The Eternal Mystery, as Detective Uotsuka (Shirō Sano), a nerdish, bespectacled private eye ‘hard-boiled’ only in the sense that he is on a constant diet of cooked eggs, and his assistant Kobayashi (Koji Otake) are hired by Madame Cherryblossom’s loyal servant (Yoshio Yoshida) to track down her kidnapped daughter Bellflower (Moe Kamura), and to find a happy resolution to an incomplete story. 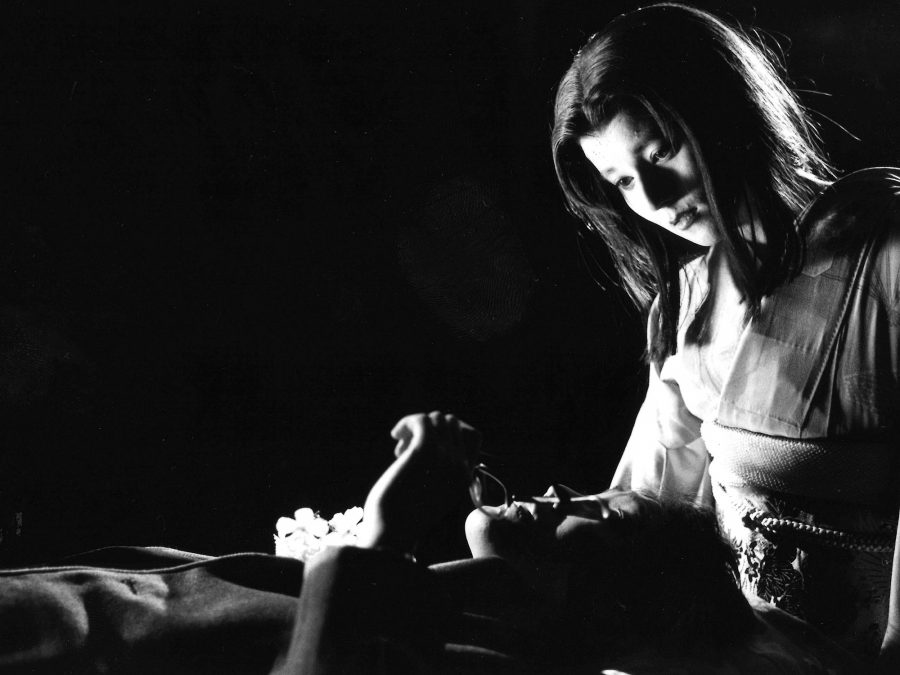 The riddles left by the kidnappers for Uotsuka and Kobayashi, and the pair’s recurrent encounters with a trio of performative tricksters (Morio Agata, Kazunari Ozasa, Akira Ôizumi) who furnish obscure clues, suggest from the outset that they are being manipulated, directed and stage-managed from the shadows into a scenario over which they have little control. Yet even as they repeatedly fail, Madame Cherryblossom’s man keeps paying them ever more to persevere in their investigation, until the utterly lost Uotsuka starts wondering aloud if all that is happening might just be a dream.

Cinema is of course a medium of dreams, and this metacinematic film about the belated, backward-looking pursuit of something as elusive as lost youth or a bygone medium certainly comes packed with elements of an oneiric nature. Not since Giulio Questi’s similarly surreal Death Laid An Egg, from 1968, had there been a film so singularly obsessed with chickens and eggs, while its settings – including an abandoned amusement park and an old cinema – create a carnivalesque hall of mirrors in which the fantasies of entertainment are foregrounded while reality is kept out of the picture.

The title of To Sleep So as to Dream also alludes to a line from Hamlet’s famous soliloquy on death,