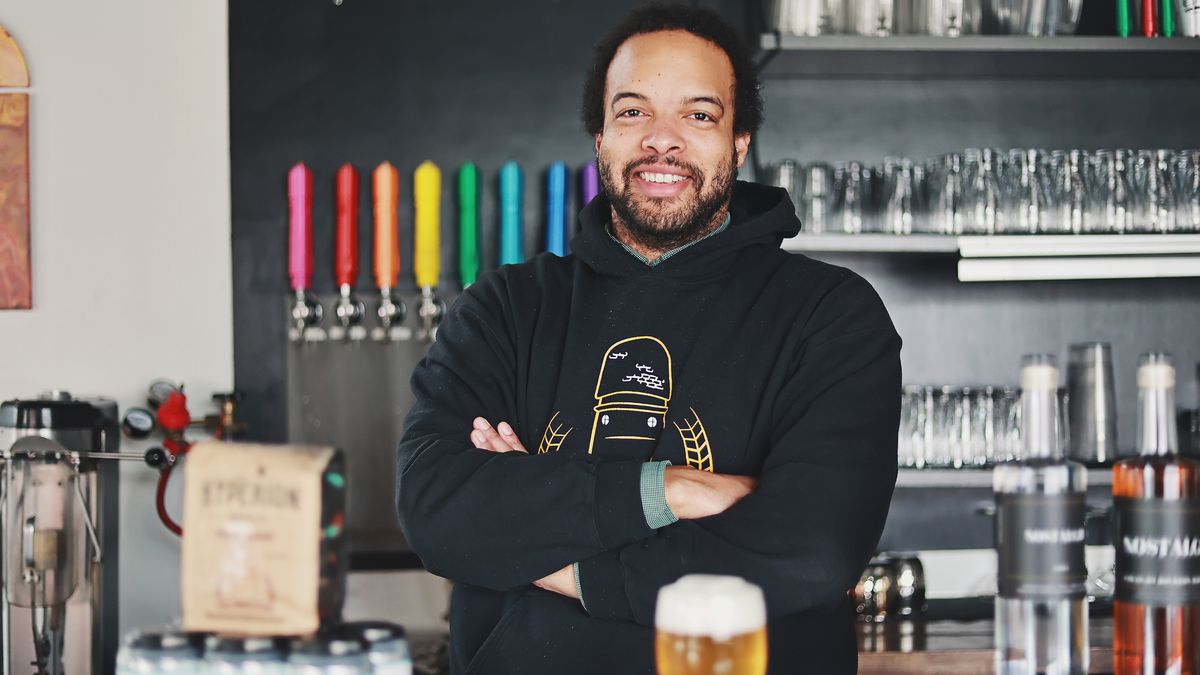 A developer and partner in 734 Brewing in Ypsilanti, Brian Jones-Chance is aiming to open Detroit’s first Black-owned brewery near Livernois and McNichols later this year.

It’s been four years since then-employee Tracy Evans filed a racial discrimination lawsuit against Michigan’s largest craft brewery at the time, Founders Brewing Company, for the racist incidents he allegedly experienced. The filing, and particularly the statements that came forward in the aftermath of depositions and tone-deaf reactions from management, sparked a national conversation about race in the brewing industry. The brewery, which has locations in Detroit and Grand Rapids, received fierce backlash on social media as well as from fans and businesses, but for many Black beer enthusiasts the incidents simply confirmed what they already knew — beer isn’t the most welcoming industry for Black people.

Detroit, a majority-Black city, doesn’t yet have a local Black-owned brewery for beer consumers and enthusiasts to gather or for fermentation professionals to thrive, but that’s going to change soon. Black folks in Detroit are working on making a space in the beer industry that is uniquely their own.

A yet-to-be-named Black-owned brewery is slated to open near Livernois and McNichols later this year, spearheaded by Brian Jones-Chance. The Ypsilanti native is a real estate developer, Ypsilanti council member, and the chairman and chief operating officer of 734 Brewing Company. He casually stumbled into the beer industry as a Western Michigan University college student and home brewer who initially set out to make pop, but discovered that beer is a much cheaper endeavor. (It has fewer additives and simpler ingredients.) The more invested Jones-Chance got in the processes of making beer, the more he learned.

“​​I don’t think people realize how versatile beer [can] be. You can flavor it, you can do all kinds of things, you can make little minor changes to ingredients that make it taste like something totally different,” says Jones-Chance. “A lot of the marketing and a lot of the focus has really been on the white male in their mid 30s. The reach is still pretty small. There’s a lot of room to grow.”

Michigan is home to nearly 400 breweries, a handful of which are located in Detroit, and Jones-Chance’s will be the one of the first of its kind. He counts himself among many Black beer enthusiasts who are contemplating how to make the move from consumers to producers of beer and beer experts with the tools to go beyond the bottle and share their unique journeys throughout the industry.

Jones-Chance’s journey to owning a brewery began when a friend mentioned that he wanted to open one. Jones-Chance combined his interest in beer with his desire to share his business knowledge, and pretty soon three best friends — Jones-Chance, Alex Merz and Patrick Echlin — became business partners in 734 Brewing Company,