Like many around the world, I spent the afternoon of January 6, 2021, watching the news and absorbing the chaotic events unfolding at the U.S. Capitol. On January 7, I spent several hours surveying the National Mall, collecting abandoned objects that I hoped would one day offer some insight into the political turmoil that had shaken the nation’s capital. Though important, the array of material that I collected from the National Mall reflected, at best, only one part of a larger story. (Notably, the artifacts acquired on January 7 were discarded by their users and we do not presently know who created or used the items.) Thankfully, in the months that followed, our museum was presented with opportunities to collect items that document what happened after January 6. First, they have a connection to specific individuals who chose to act for the betterment of their community and country. Secondly, they offer a reminder that even in darkness there remains optimism and kindness. 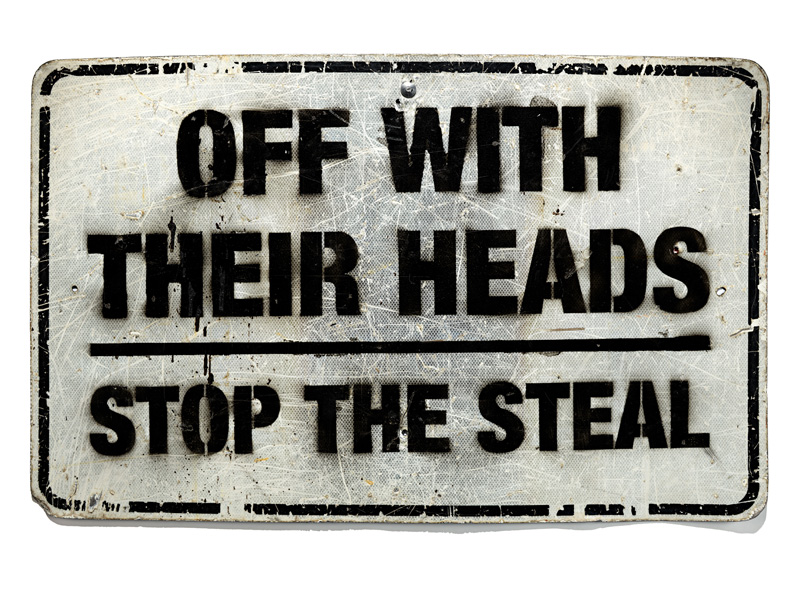 Frustratingly, my collecting on January 7 confined itself to the grounds of the National Mall. Due to limited time, I was unable to make my way to the Ellipse and Pennsylvania Avenue. Several days after the main event, the window for collecting from the scene appeared to be closing. But as luck would have it, The Washington Post published an article about a group of veterans of the War on Terrorism who rallied together to clean up trash left on January 6. Volunteers, organized by the veterans’ organization Continue to Serve, conducted “Operation Clean Sweep” on January 10, intent on removing bags of trash filled with flags, graffiti, and stickers plastered on signs left behind by fascist, white nationalist, and alt-right groups. Suffice to say the effort lived up to the operation’s name; little trace of the hatred of January 6 remained to be seen thereafter. 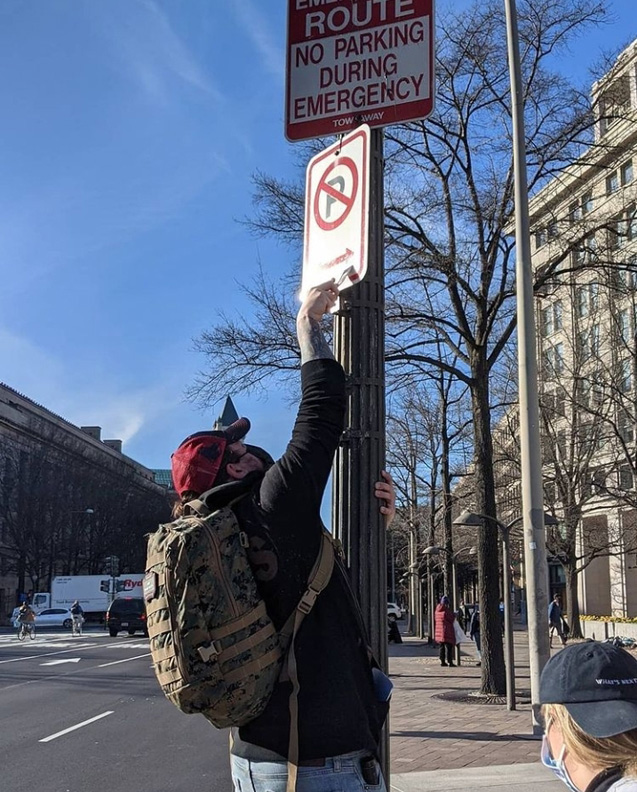 The museum has also been fortunate enough to collect materials that speak to how the events of January 6 transformed life in Washington, D.C. In the wake of the attack on the U.S. Capitol,