Tatiana Huezo’s first narrative feature is a masterfully evocative portrait of coming of age in the shadow of Mexico’s narco wars.

Loosely adapted from Jennifer Clement’s 2014 novel, Prayers for the Stolen follows the lives of three girls living in the rural village of Guerrero, in the Mexican state of Jalisco. Village folk gather and tend poppy fields which are regularly sprayed by government helicopters, and the poppy bulbs are bled for opium.

The presence of drug cartels – faceless and only depicted aurally through the sounds of gunshots and cars approaching from afar – makes the village folk live in a constant state of fear. These cartels invade the area and kidnap young girls when they come of age, and the police does nothing but ensure this system is protected and passes through borders unobstructed. It’s a cruel reminder that public space is a male prerogative, and the worst atrocities are perpetually etched onto the bodies of women and girls.

Mothers take all necessary precautions to protect their daughters from trafficking, which means keeping them from expressing their femininity. Single mother Rita (Mayra Batalla) keeps Ana’s (Ana Cristina Ordóñez González, Marya Membreño) hair short, scolds her when she applies pink beetroot juice to her lips, and like the rest of the community, keeps a dog that barks incessantly to signal the sound of approaching cars, so Ana knows when to hide in the hole they dug up behind their home.

At the core of Prayers for the Stolen lies the tender bond between Ana and her best friends Maria and Paula, but also a concrete reminder that maternal love and female friendship act as a refuge that resists patriarchal violence, come hell or high water. 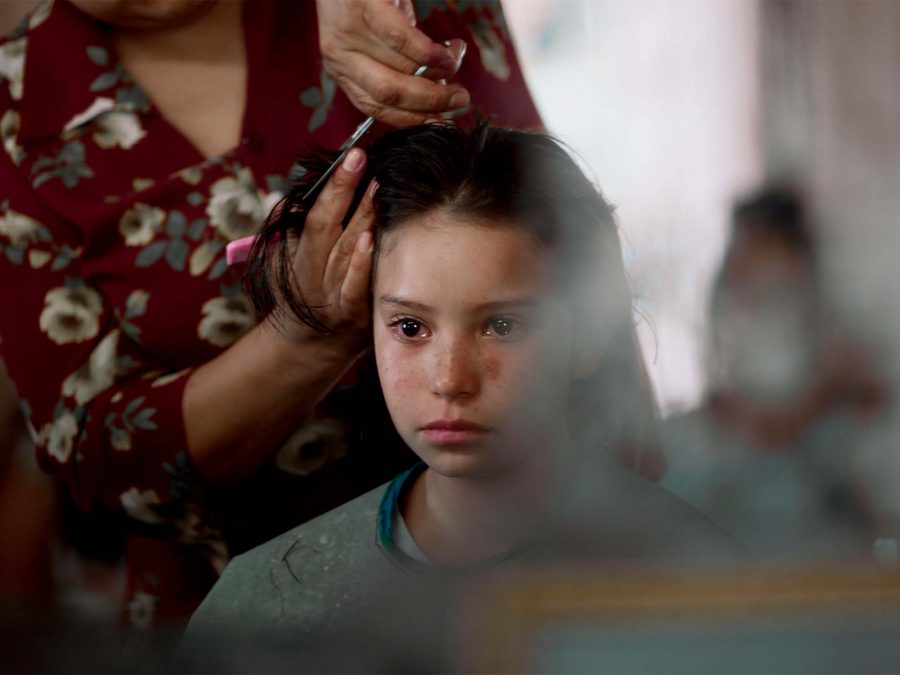 The film unfolds as a subtle essay about a place drowned in sorrow and apathy, where everything is meticulously crafted with incredible sensitivity and tact. Huezo is more invested in the textures of her young characters’ inner worlds than on-screen depictions of gun violence. By keeping graphic violence at bay, it’s the brutality of structural violence that rises to the surface, quietly sketching the contours of a community where suffering is shared and the bonds forged through family, friendship and togetherness are sacred.

Enhancing the film’s sensible passages is DoP Dariela Ludlow’s camera, which gracefully lays bare the cruel poetry hidden in the darkest of corners as Ana, Maria and Paula journey from childhood to adolescence, from innocence to experience. Tight camera angles are kept on the girls as we follow their limited understanding of their immediate reality through their solemn looks,