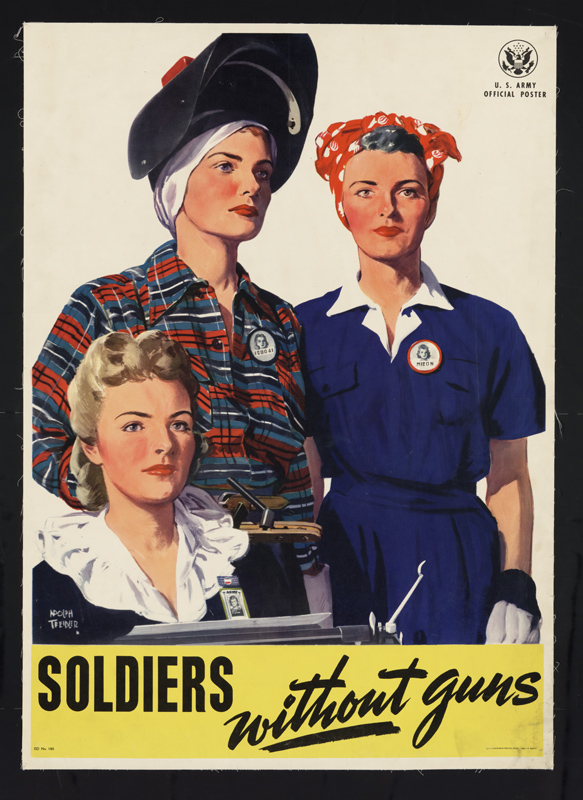 In 1943, faced with labor shortages during World War II, U.S. Secretary of War Henry Stimson began promoting the “Get Women to Work” campaign. To win the war, Stimson stated, the United States would need to “fully utilize, immediately and effectively, the largest and potentially the finest single source of labor available today—the vast reserve of woman power.” Despite numerous obstacles, women across the country stepped up to fill jobs left vacant by men serving abroad. Women who had not worked outside of the home applied for defense jobs; others who had only worked in domestic service left for better paying positions in the war industry.

Today, we often associate the women workers during World War II with the popular symbol Rosie the Riveter—and with good reason. Rosie was (and is) the most popular representation of women who worked in the U.S. war industry. However, as the museum’s collections show, “Rosies” were just one of the many types of women workers during the war.

Despite the need for workers, not all women had the same opportunity to join the war industry. Racism and segregation made it difficult for women of color to find a job and to get promoted once they had been hired. Often women with degrees, certificates, and skills were passed over or assigned jobs unrelated to their experiences. Shirley Graham’s 1945 short story “Tar” exemplifies the struggles of many African American women during World War II. The main character, Mary, quits her job sewing for a white woman, enrolls in a defense course, then seeks work. At factory after factory, she is turned away simply because of her race. Finally, with a letter of recommendation from the husband of a former employer stating she was an “honest” and “personable negress,” she obtains work pouring tar from vats, despite having excelled in her course in cutting sheet metal. 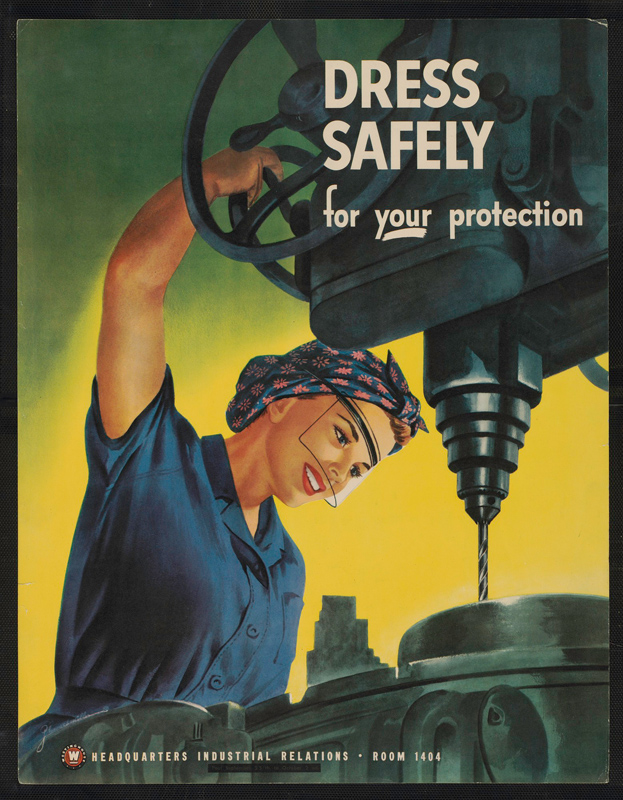 Because women in the defense industry were working with heavy machinery, climbing ladders, and working in tight spaces of aircraft, ships, and tanks, they needed to wear appropriate clothing. Some companies provided pantsuit uniforms, while others modified men’s coveralls. Women stuffed newspaper or rags into steel-toe shoes that were otherwise too large. Safety ordinances also required women to cover their hair in bandanas or scarves. (1985.0851.23)Rosie the Riveter

Rosie the Riveter became the symbol of the thousands of women who worked to build bombers, transports, and fighter planes. The rivet that Rosies used was a short cylindrical metal pin or bolt complete with a mushroom cap on one end. Riveters and buckers worked in teams; the riveter held the air-powered rivet gun that pushed the rivet through a predrilled hole against a metal plate called a bucking bar, held by the bucker. When the rivet slammed into the metal plate, it was flattened and created a seal that held two metal plates together. Partners developed a rhythm and could complete hundreds of rivets an hour.